Protests increase as Vernon Oak to be felled this week 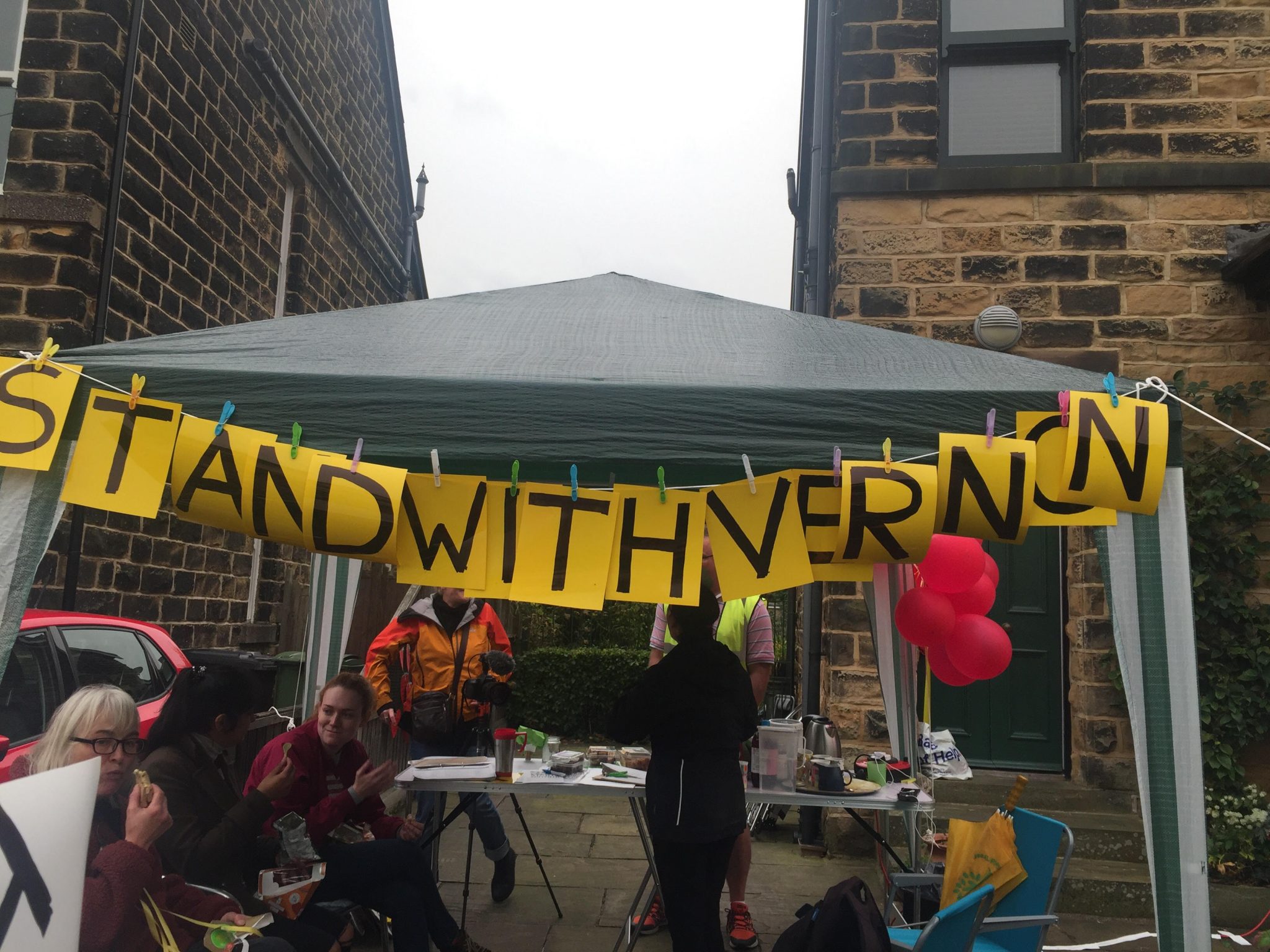 Tree felling protests have escalated in the last few days after Sheffield City Council announced that they would fell the iconic Vernon Oak Tree this week.

The council has said that the 150-year-old tree needs to be felled due to pavement damage, but campaigners argue that the healthy tree is no nuisance to buggies and cyclists.

Yesterday one resident rode their bike past the tree to make a point that it did not endanger cyclists.

Amey, the private company hired by the council, nailed a sign to the historic tree over the weekend saying that their workforce would cut it down yesterday, but they failed to turn up and it is now expected that they will arrive sometime today or tomorrow.

The tree in Dore has been subject to widespread support from across social media, most recently from TV star Vernon Kay who posted a video criticising the council, and poet Benjamin Zephaniah.

Protests against the council’s decision have come in different forms over the last week, from individuals taking direct action through climbing up the tree to meditating around it, to a large candlelight vigil in which stories about the tree were read out.

Campaigners have also taken to designing banners on eye-catching bright yellow paper, with one attaching a message to the front of their front hedge, saying ‘Stand With Vernon’.

The felling is part of a £2bn private financial initiative (PFI) project signed by the council and Amey in 2012. So far over 5,500 trees have been felled, with the council insisting that trees earmarked for felling are either dangerous, dead, diseased, dying, damaging or discriminatory.

But campaigners point to the fact the Independent Tree Panel, set-up to review felling decisions, earmarked the Vernon Oak as “a very fine specimen, with a further 150 years life expectancy”.

Sheffield Trees Action Group (STAG) said while some streets were built as tree-lined roads, the Vernon Oak was originally a boundary tree in a field, proving its historical significance.

Sue Unwin, resident and campaigner, said: “I’m ashamed and disgusted by Sheffield City Council. The tree supporters are a minority. They need to listen to their people.

“There are many ways we could resolve this and even though the council have created solutions they are not realistic and need to go back to the drawing board.”