University staff fundraise in the moonlight for local hospice 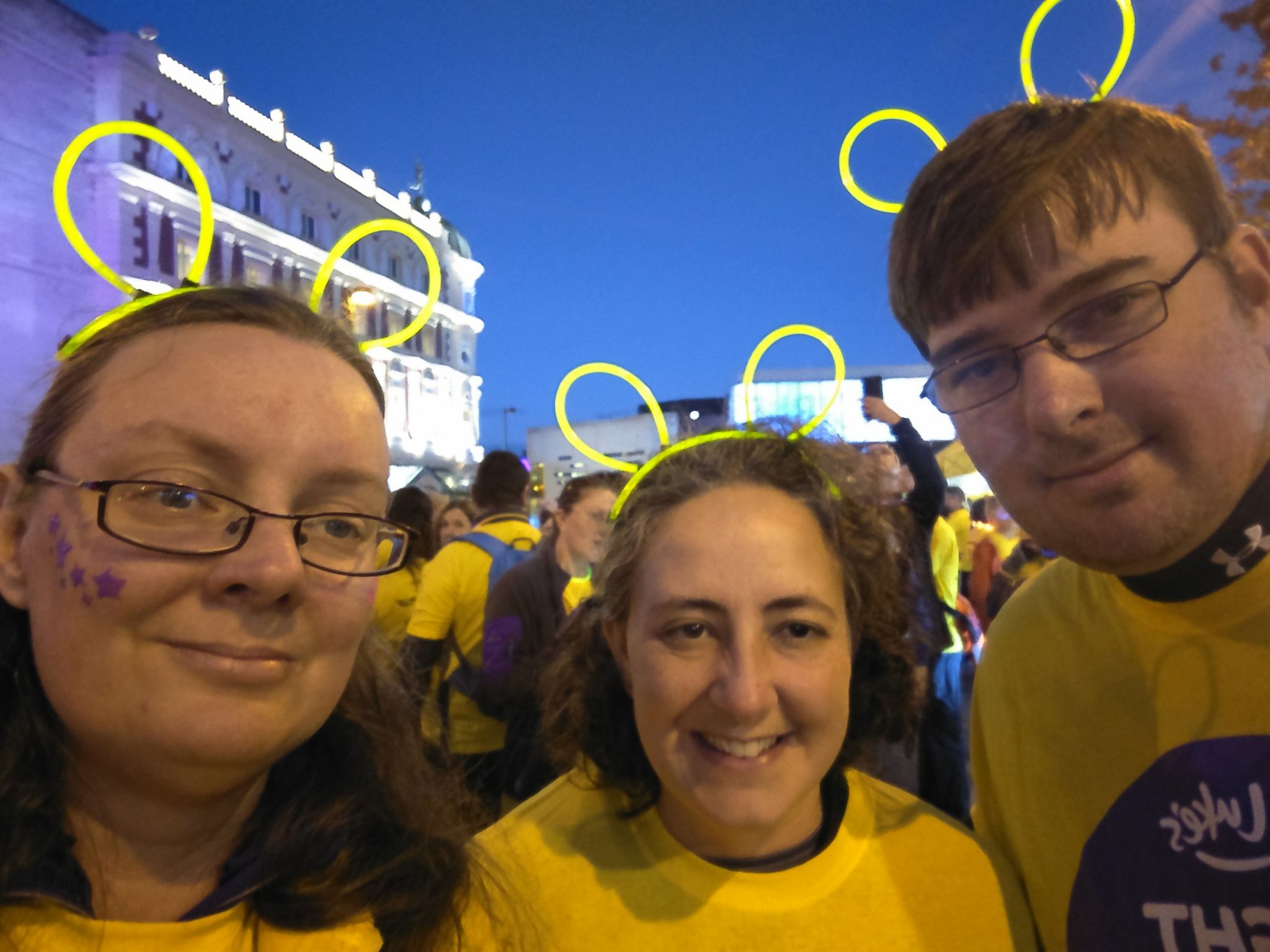 Dressed in bright and bold colours, a University of Sheffield academic took on a 10k night walk to raise money for charity.

Around 1000 people strode through the city from 7.30pm well into the early hours of the morning to ensure the care for those with terminal illnesses continues, as well as care in people’s homes.

Capital FM’s James Cusack, who set the walkers off from Tudor Square in Sheffield city centre, hosted the event.

Dr Majewski said: “Although I’ve not used St Luke’s, I know from when my mum suffered from cancer that a hospice can be a wonderful source of support to both patients and their friends and family.

“The event itself was so much fun.  The bright colours, the sheer quantity of people and the support along the way (people were beeping and waving support as we went by) made it a really friendly and fun occasion.

“On the night, many people were wearing the names of people they were walking in remembrance of or in support of. I think my favourite was probably the one that simply said ‘I’m walking for everyone’.”

The event, sponsored by Gripple, is set to raise more than £100,000 for Sheffield’s only hospice. Each year, it costs more than £6m to keep the doors open to care for people aged 18 and above throughout Sheffield who have terminal illnesses.

The Night Striders then headed out in to the evening, down to the Moor and out to Endcliffe Park where the 10k and half marathon split in two.

John Highfield, St Luke’s media relations manager, said: “It is vitally important that the public supports St Luke’s because without that support there would be no St Luke’s.”

“So many people in a city like Sheffield will know somebody who has been at St Luke’s. It is an organisation which touches the lives of many people of all ages.”

Volunteers made sure that walkers remained refreshed and hydrated during the challenge, there were special pit stops along the route sponsored by city estate agents ELR and law firm Irwin Mitchell.

The funds generated from the event will go towards patient care, alleviating pain, and giving patients the best possible quality of life