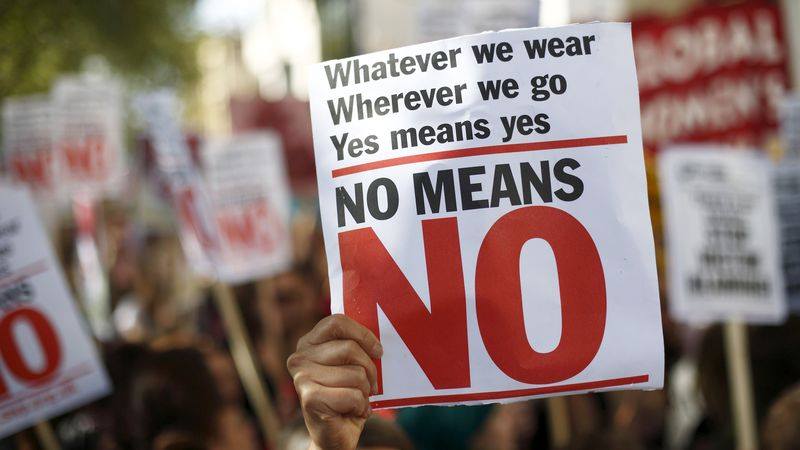 Sheffield students have discussed the sexual insults they are routinely exposed to on the streets of the city, as a campaign is launched to keep students safe.

One young woman told ShefNews that a taxi driver shouted that she was a “dirty b***h” as she walked along West Street and a group of drunken boys made other sexual insults as she walked home from the Information Commons.

The incidents come as the Students’ Union launched a Crime Reduction and Safety Fortnight, with the support of South Yorkshire Police and the University.

It aims to help reduce levels of crime towards the student community.

The campaign is offering advice from specially trained staff on ways to keep safe, protecting your property and the dangers of drug use.

But evidence collected by ShefNews shows many young women are subject to a string of sexual insults as they go about their daily business in the city.

Abbie Laycock, student at the University of Sheffield, was happy to hear that the university is also handing out free ‘personal attack’ alarms as part of the scheme. But she added that she was shocked when the taxi driver shouted the insult at her and although the boys who made sexual comments were drunk, that was no excuse and they should understand such behaviour is unacceptable.

Richard Yates, Head of Security Services at the University of Sheffield, said: “Sheffield is regularly seen as one of the safest cities in the UK but unfortunately there are some people who see students as an easy target for crime, particularly at the start of the new academic year.

“The University has been working with our Students’ Union and South Yorkshire Police for the past 19 years to help keep students safe and reduce crime against the University’s community.

“This year we are on-hand providing advice on how students can keep their belongings and accommodation safe from theft.

“We’re also providing information on the steps they can take to ensure their own personal safety and well-being is protected, including how to report crime and receive support if you are a victim of crime.”

In 2013, a study using government figures found Sheffield to be the safest large city in the UK, which was helped by student friendly schemes such as the Women’s Night Safety Bus ran by the Students’ Union.

He has been accused of sexual harassment and assault by 47 several actresses including Gwyneth Paltrow and Angelina Jolie.

The scandal enhanced a worldwide social media hashtag ‘#metoo’, after American actress Alyssa Milano wrote on Facebook: “If all women who have been sexually harassed or assaulted wrote ‘Me too’ as a status, we might give everyone a sense of the magnitude of the problem.”

Many women say they blame themselves for coming back late at night by themselves from the library, or for wearing that skirt or those shoes.

Campaigners say it can be really hard to speak openly about it as they can blame themselves; but these girls are not to blame, the man who assaulted them is.

No one can imagine the psychological impact sexual harassment has on individuals concerned, not only making them feel uncomfortable, but having a huge impact on their way of perceiving the ‘outside life’.

Some victims may be strong enough to fight for their lives back and keep their chin up, and make this bad experience a strength.

However others are weaker and cannot speak, and would feel as if they had lost their lives and even if they are brave they feel like someone stole something precious from them, and this feeling always remains.

Every person has a different manner of healing but it’s unacceptable that someone takes the un-given liberty to lay their hands and words across bodies, and yet the victim is blamed.

Sexual assaults have been growing in 2016 and 2017 in Sheffield.

Statistics show that between September and December 2016, 719 crimes related to sexual assaults were reported in Sheffield.

In August 2017 there was 177 crimes reported under violence and sexual offences in the S10 postcode, which includes both universities in Sheffield, as well as the majority of student accommodation in the city.