Interview with Jo Peel: the artist behind this year’s Off the Shelf festival cover 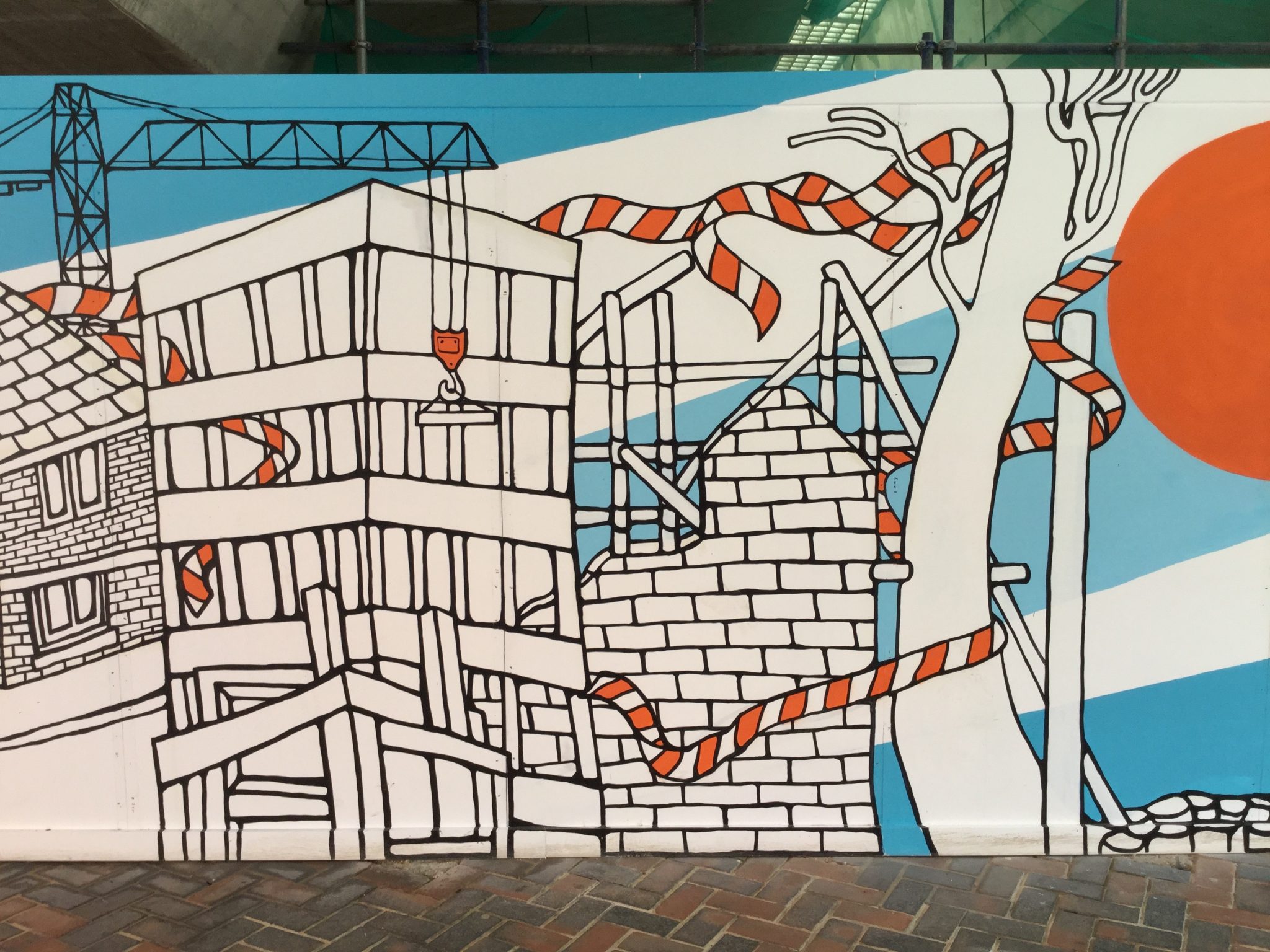 ShefNews have spoken to the local artist who’s artwork is this year’s cover of the Off The Shelf festival.

A black and white bare tree is entwined to an industrial city landscape in this year’s cover for the Off The Shelf festival.

The artist behind this artwork is Jo Peel, 36, a local street artist who’s been working since the early 2000’s with exhibitions all over the world, such as New York, Hong Kong, London, Nagano and Bali.

Her work is inspired by everyday scenes and scenarios, offering an alternative perspective on the coexistence of nature and cityscapes.

Talking about her artwork being the cover for this year’s Off The Shelf festival, Jo Peel said: “It’s really nice, it’s a quite a surprise to see it so big in so many places.

I don’t work on the computer but on large scale, on just one piece, so to create one drawing which is then blown up and used a lot was a little bit intimidating but it was a good experience.”

Jo’s favourite work surface are walls but she’s been working on canvas, fine art paper and hand painted animations too. A number of short animated films have in fact been created by Jo through a long paint and repaint process which usually takes 3 or 4 weeks for a 3 minute, time lapsed video.

The final product though is impressive: one of her films has been eventually shortlisted for best animation as part of the Encounters Short Film and Animation festival in Bristol and gathered over 100.000 views on the Vimeo platform.

Jo, talking about the beginning of her career, said: “When I started as an artist I was drawing on sketchbooks, because it was portable and small. The wall thing came about through painting signs and mural for restaurants.

Then I moved to London and the people I met there were making street art so I went out with them and started making art on walls.”

Big murals are certainly the spotlight for Joe’s work as it is where her exploration of the urban metamorphosis takes place on a bigger and more “realistic” scale.

Her recent painting under the Concourse bridge in Sheffield proves this, as many students walking by the University Student’s Union stop to take “landscape style” pictures at her mural.

Jo will discuss her work in an illustrated talk on Friday the 27th of October at the Sheffield Institute of Arts for the Off The Shelf festival.