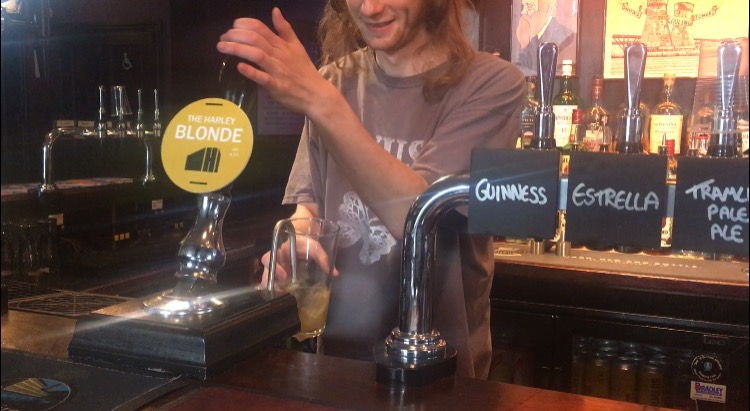 The happiness and well-being of communities is being threatened by the rate of pub closures according to Campaign for Real Ale.

The inflationary rise of beer duty by 3.9% coupled with the increase in business rates since April means pubs will have to sell an extra 33 pints a day to make up the difference.

CAMRA are campaigning for a £5000 annual business rate release for pubs and to freeze beer duty, to prevent Britain’s pubs closures.

Katie Wiles, Communications Manager for CAMRA said: “We are working hard to keep local pubs open. People feel much better in terms of personal happiness and personal wellbeing when they have a pub to go to, they are more trusting of other people and part of the community. Pubs play a really important role in facilitating moderate drinking and keeping communities cohesive.”

Research by CAMRA found that people who regularly visit their local pub have more close friends and are happier than those who do not. They also feel more engaged with the wider community.

It also found that when drinking at a pub, people typically drink less alcohol which, in turn, improves health and well-being.

Nigel Thomson, 61, former landlord of The Colliery pub, County Durham, was forced to close his pub after losing £15,000 turnover in just four months. He said: “Pubs are the backbone of this country, its where people go to socialise, talk and make memories but it’s too dear; no one wants to sit in their house drinking beer from the supermarket but they have to.”

Figures from CAMRA show only 15% of beer drinkers think the price of a pint is affordable.

Ms Wiles said: “We would like to see pubs having more of a tax break than supermarkets so it’s not unaffordable to go to pubs.”

Steve Ryan, 59, committee member at the Eston and Normanby Social Club said: ““It’s come to a point where being able to socialise with friends over a pint has to be done at home with cheaper beer from the supermarkets. The final death toll for pubs and beer will be a sad day for a British institution.”

Click here to read about CAMRA’s beer and cider festival taking place in Sheffield this weekend.