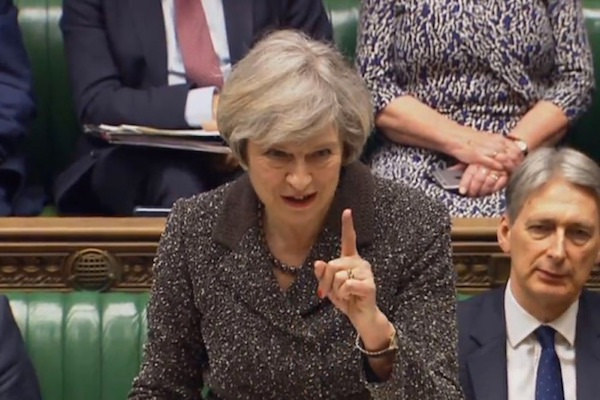 The government bowed to pressure today and announced it was scrapping all charges for the Universal Credit helpline.

The helpline, which can be used by Universal Credit claimants who are seeking advice, charges up to 55p a minute.

However, last week during the PMQs, the leader of the opposition, Jeremy Corbyn called upon Prime Minister Theresa May to ‘show some humanity’ and it seems she has finally taken heed.

The decision to scrap these charges comes about today as a result of Parliament’s debate on the universal credit roll out.

The proposed plans will see the merge of all six existing work based credits into one single payment being enforced for all claimants across Britain.

It is thought that by 2022 Universal Credit will affect approximately 69,000 households across Sheffield.

Therefore, any reforms made today could be vital to the wellbeing of a large proportion of Sheffield residents.

The biggest criticism of the Universal Credit scheme is the six week waiting time for claimants before any money is paid out.

The government says emergency payments are available to claimants who run into money troubles while waiting for the Universal Credit to kick in.

Although this prolonged waiting period has left many Sheffield families desperately struggling to provide for themselves.

Labour’s shadow work and pensions secretary, Debbie Abrahams, acknowledged this issue as she addressed the Conservative party and said they need to, “immediately pause and fix the roll out of Universal Credit before more people are pushed into rent arrears, poverty and homelessness.”

The Child Poverty Action Group (CPAG) has warned that, unless changes are made, the rollout of Universal Credit will push 200,000 children into poverty by 2020.

Despite the immense pressure to halt the rollout, Work and Pensions Secretary, David Gauke, continues to oppose this idea as he has said, “(Universal Credit can) transform lives.”