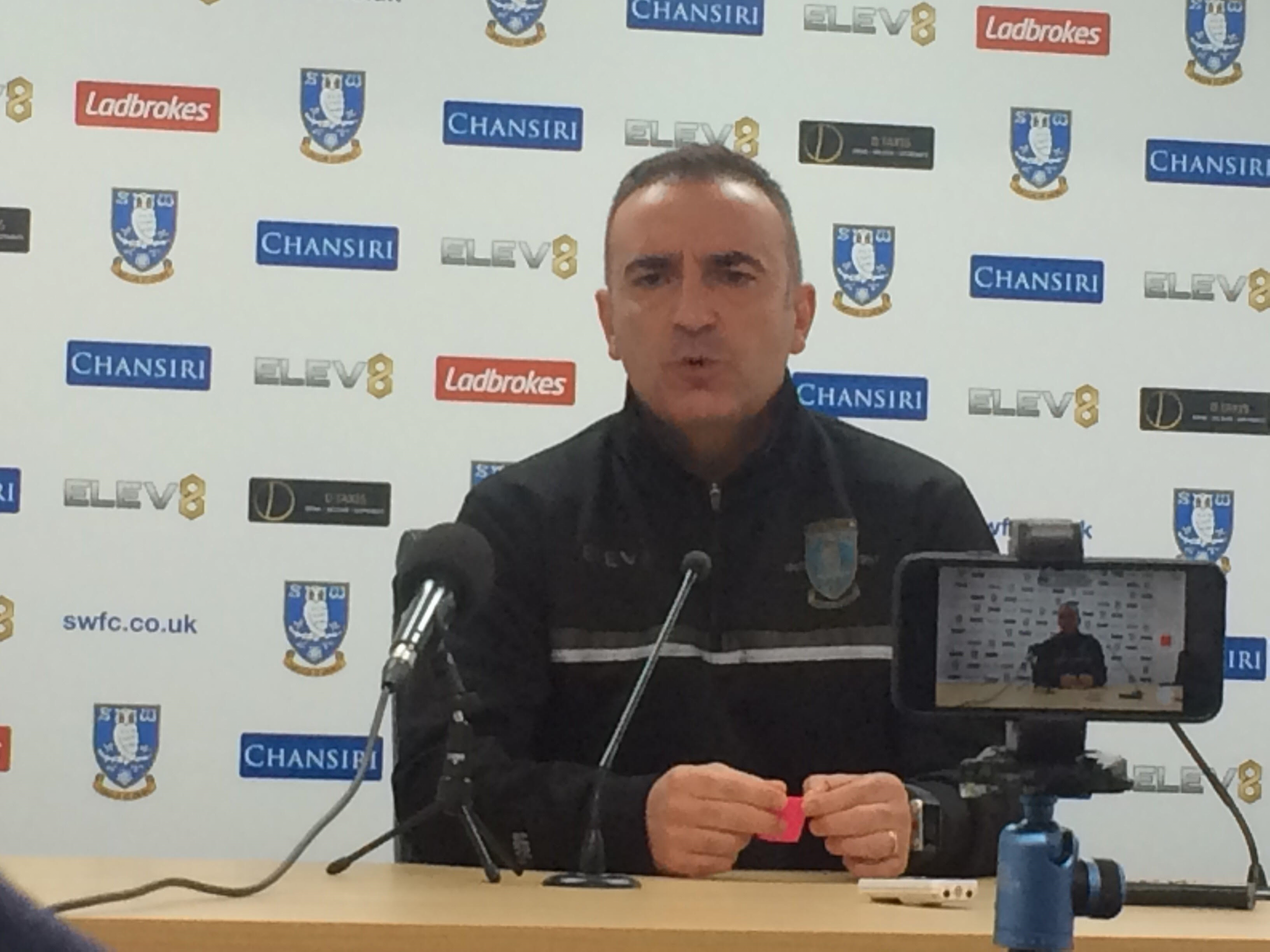 Sheffield Wednesday’s under-fire head coach, Carlos Carvalhal, has admitted his side need to improve their mental resilience if they are to succeed this season.

The Owls travel to Derby County on Saturday with a record of one win in their last six away games.

A loss at bottom-club Bolton Wanderers – a side who are tipped for relegation following their promotion from League One last season – in their last match followed an impressive 3-0 derby win over promotion hopefuls Leeds United.

It led to some fans venting their frustrations at their head coach, but Carvalhal maintained that his side don’t lack quality but instead a mental toughness to beat teams lower down the table, with the boss firmly believing in his ability after being put in the firing line by corners of the Hillsborough faithful.

“We have not been as consistent as we like,” he said at his pre-match press conference.

“I give some responsibility to the players to how we behave.

“It is probably more mental but if it’s a question of tactics or quality I would be more worried.

“I don’t use the same players or formation to protect myself, I do what I think is best for my team.”

The Owls currently sit 12th in the Championship table while their opponents are level on points with a game in hand.

The current standings prompted Carvalhal, who has been at Hillsborough for almost two-and-a-half years, to pull out a pink post-it note in front of the press with a list of 10 or 12 teams that are in and around Wednesday and have similar aspirations.

He turned to his previous managerial history to back-up his qualities, emphasising that he’s the man who can change the club’s fortunes and Wednesday’s league position isn’t causing concern.

He said: “The last time I had this kind of experience was in Vitoria de Setubal.

“It was almost five months and created a bad atmosphere that day. It was very hard to try and push the players before the game.

“The president called me the next day and said to me ‘what do you need to get promoted?’

“I just said ‘pay one month’s salary to the players’ and he asked me if I needed something and I said we maybe need two or three days’ camp to put everyone together and focused.

“After that game, we reacted very well and got promoted to the first division.

Owls midfielder, Barry Bannan, has said that the players need to take a share of the blame after the poor run of form.