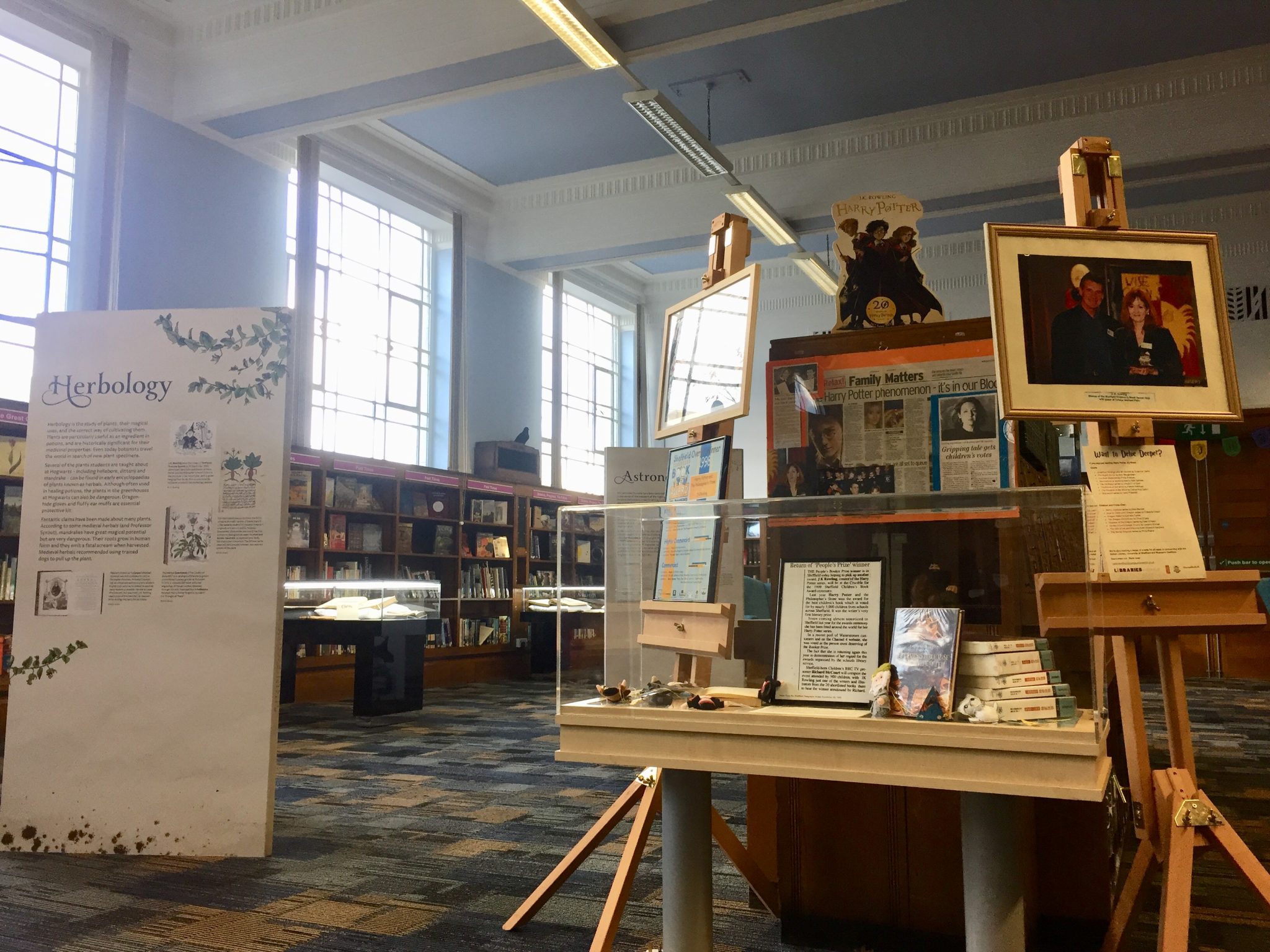 A nine-week exhibition of Harry Potter events and artefacts was launched by the Lord Mayor of Sheffield in Sheffield Central Library today.

The Sheffield exhibition and events are part of the British Library’s nationwide ‘Harry Potter: A History of Magic’ exhibition, which is celebrating the 20th anniversary of Harry Potter and the Philosopher’s Stone.

Books and artefacts from Sheffield Central Library’s archives have been displayed, some of which are more than 400 years old, and there will be live screenings of a number of talks from the British Library in London.

The events hosted across Sheffield’s libraries include magic-themed writing workshops, arts and crafts, quizzes and other sessions, many of which are delivered by the University of Sheffield.

J.K. Rowling won the Sheffield Children’s Book Award in 1997 for Harry Potter and the Philosopher’s Stone, which was one of her first as an author.

Dan Marshall, Collections and Audience Development Officer at the library, said: “With each item we try to tell a story. We set it within the context of the subjects taught at Hogwarts: charm, divination, defence against the dark arts. It’s been odd, touching, smelling, holding these items which have somehow passed down to us.

“We’ve got nine weeks packed full of events for all ages. Lectures and workshops at the University of Sheffield, exploring the language of magic and spells, divination and wizardry. The social history of witchcraft and how women are treated. There’s a lot you’ll learn about magic and folklore.”

To find out more or book an event, visit: sheffieldlibraries.eventbrite.co.uk