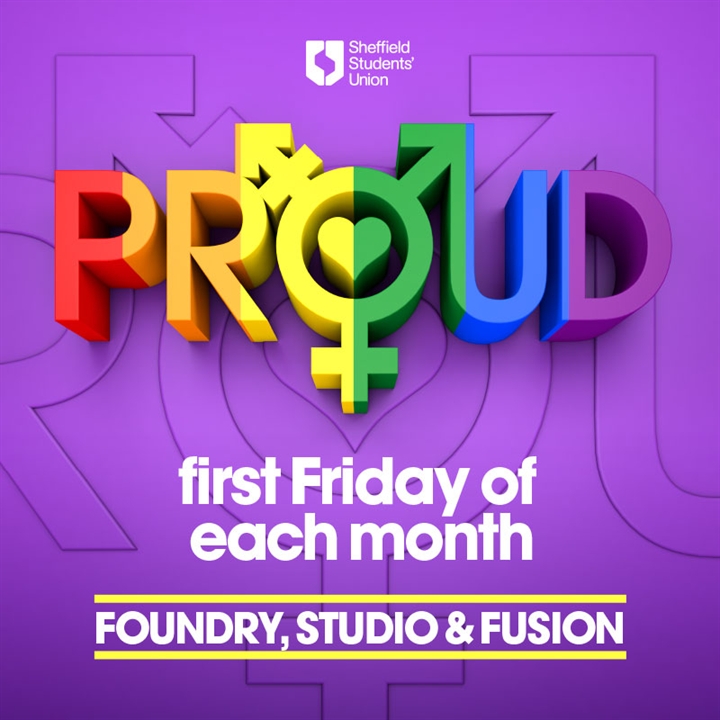 Sheffield Student Union has revamped its LGBT+ club night to help freshers who are exploring their sexuality.

The new club night, Proud, launched on the first Friday of the month to replace the previous night, Climax.

Ollie Bradley, Entertainment Project Manager for the Student Union, said: “People kind of lost touch with Climax a long time ago. When coming up with Proud, we had a lot of input, this time around the name itself. Climax upset a lot of people so the name change goes without saying. We decided on the name Proud as it said clearly what we are all about.”

Proud aims to create a comfortable environment for people to express themselves without judgement.

There is no wandering photographer but there is a designated photo area so that people have the option to share their attendance online. There are also gender neutral facilities and a time out space.

The previous club night ran for more than 20 years but organisers felt it was time to reinvent it to bring in a younger audience and attract a wider range of people.

Stephen Kelly, a geography student who attended the opening night, said: “Last year, turnout was really low and it had a bit of a boring atmosphere but I think it was a lot more lively this time. I think the name change was for the better.”

Proud takes place on the first Friday of every month and will next run on 3 November.