Vernon Oak could be saved by Trees for Cities charity 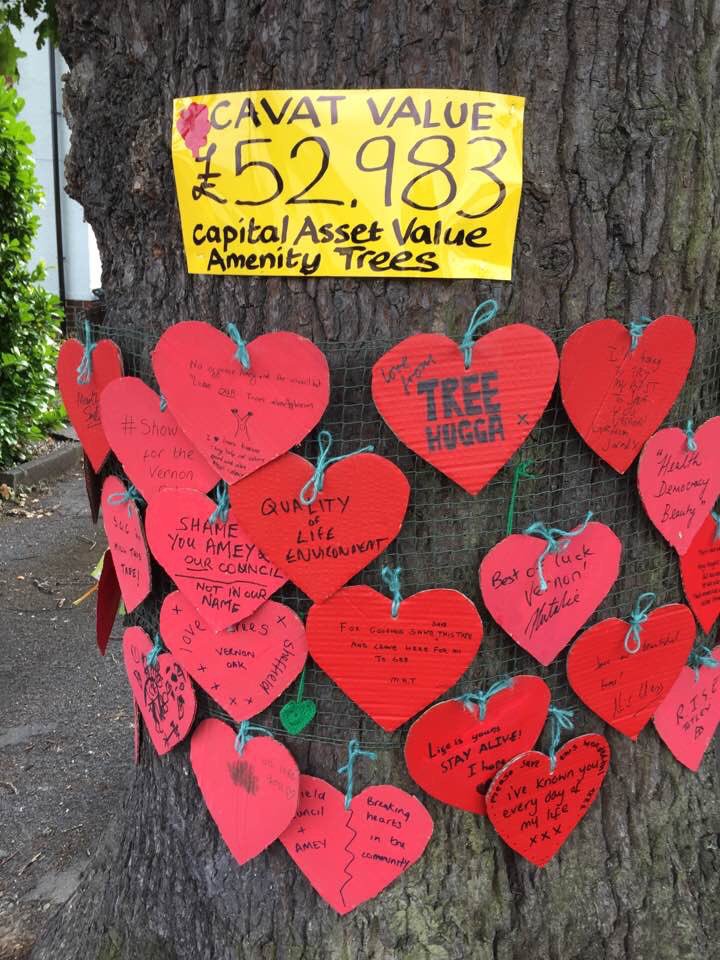 The Vernon Oak could be saved as a charity group are offering to step in.

The 150-year-old oak tree in Dore was due to be felled this week after Sheffield City Council wanted it removed because it was damaging the pavements.

Trees for Cities, who are currently the only charity trying to create greener cities on an international scale, have said they will pay for the engineering costs in order to keep the much-loved oak.

Ann Anderson, who has led a peaceful protest in Vernon Road all week, said: “We are really pleased if something can happen.

“There are a lot of other trees that have been threatened next week but equally there are simple solutions to these.”

Trees for Cities cut their ties with Sheffield City Council due to their stance over the trees, after the authority said the trees they are felling are either “dangerous, dead, diseased, dying, damaging or discriminatory.”

Campaigners have said that some of the trees they are chopping down are perfectly healthy, such as the Vernon Oak, which is home to a whole host of wildlife.

Local Sally Goldsmith has been vocal against Sheffield City Council and Amey’s stance over the oak tree and resigned from the Labour Party because she was stopped from asking a question about the trees in a council meeting.

She said: “We’re absolutely delighted by that generous offer and hope that Sheffield City Council will accept it and talk to us about Vernon Oak should this tree be saved.

“There are a lot of other trees that are in the same position as Vernon Oak.

“We are concerned about all of them. There are seven beautiful lines that are due to be felled on the next street.

“The Council must be on the back foot. They do not talk to us.

“I think it will be very difficult for Sheffield City Council to step back from this due to the publicity.