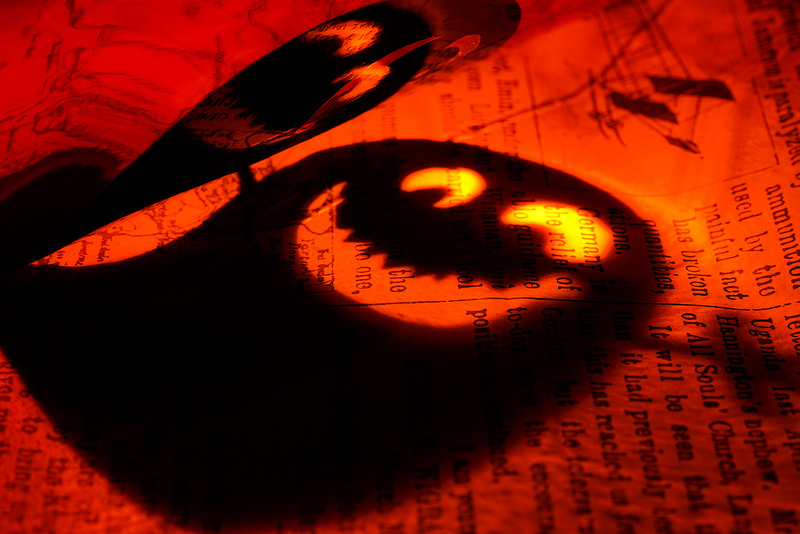 Halloween originates from the ancient Celtic festival, Samhain, where people lit bonfires and wore costumes to ward off ghosts. In the eighth century, Pope Gregory III designated November 1 as a time to honour all Saints. Soon, All Saints Day incorporated some of the traditions of Samhain. The evening before was known as All Hallows Eve, and later Halloween.

Fast forward through time, and this annual celebration now looks like it is taking place in a parallel world. From bats and vampires to Darth Vader and a ghostly Elsa from Frozen, Halloween has taken a route towards commercialisation – It’s now more associated with famous characters from Disney movies than Saints.

In certain areas of the US, they base costumes on a theme. A few years ago Star Wars dominated, with Yodas, Ewoks and X-Wing pilots knocking on the doors to the theme of the Cantina Band.

Traditions of carving jack-o-lanterns and apple bobbing also take place, with tens of thousands of people engrossed in ‘who can carve the best pumpkin’, judged by the most likes on Instagram. The ‘Trumpkin’ is a 2017 hit.

Halloween playlists at parties tend to include Monster Mash, Thriller, and Ghostbusters, while some Halloween addicts go into overdrive on the celebrations, covering houses in cobwebs with the outcome looking like a bushtucker trial task.

Festivities as a whole now have a tendency to start remarkably early. At Christmas, the decorations in the shops go up immediately after Halloween, the same going for Easter after New Years Day.

The eager wait for Christmas is not just on the traditional roast dinner, but also the John Lewis advert which signifies the start of the period for many. Long gone are the days where it was celebrated between December 25 and Twelfth Night.

Halloween is not immune, given that it is the second biggest commercial season, raking in over £6.5bn a year. The effect of a long period of celebration is to diffuse our sense of the here and now. If we start to anticipate next season, then we aren’t doing justice to the one in the present.

The problem is that our mind has been shaped by culture every day. The present moment rarely exists as we’re always thinking ahead to the next cool design or invention. We are perpetually in a state of commercially generated expectation.

Retailers are clever, capitalising on merchandising opportunities, to convince us to buy stuff that we ‘need’ in an attempt to hit profit targets. The term ‘Americanisation’ is fitting, given how Halloween has evolved across the generations.

In a university lifestyle in one of the biggest cities across the UK, it’s pretty easy to recognise why commercialisation has become so significant.

In Sheffield, a new Halloween shop has opened up opposite the Peace Gardens, while Primark’s shirt sales of plain white T-shirts are bound to go up as people look to splash fake blood over them for tonight’s celebrations.

The Horror Society at the University of Sheffield is one social group who celebrate Halloween through different methods, whether by watching IT, reading The Shining or travelling to Whitby to mark the birthplace of Dracula.

Christy Wray, a member of the society, understands both sides of the argument on the commercialisation of Halloween.

“It gets people involved, which is always good – but can come at the cost of maintaining traditions and a sort of validity, potentially losing its meaning.

“But these things are fluid anyway and are always changing, I doubt those who celebrate its roots will stop and I certainly hope they won’t.

“People should celebrate however they want. I think different celebrations are always the best. If you want to drink and dress up do it if you want to make monuments to the dead and be more traditional then go for it.”

There will always be a row over how culture nowadays has affected traditional festivals such as Halloween. But as so many people are involved in the celebration, it has to be fluid and adapt to changing times.

Instead of having a moan, people should enjoy themselves and celebrate Halloween in their own weird, wonderful way.