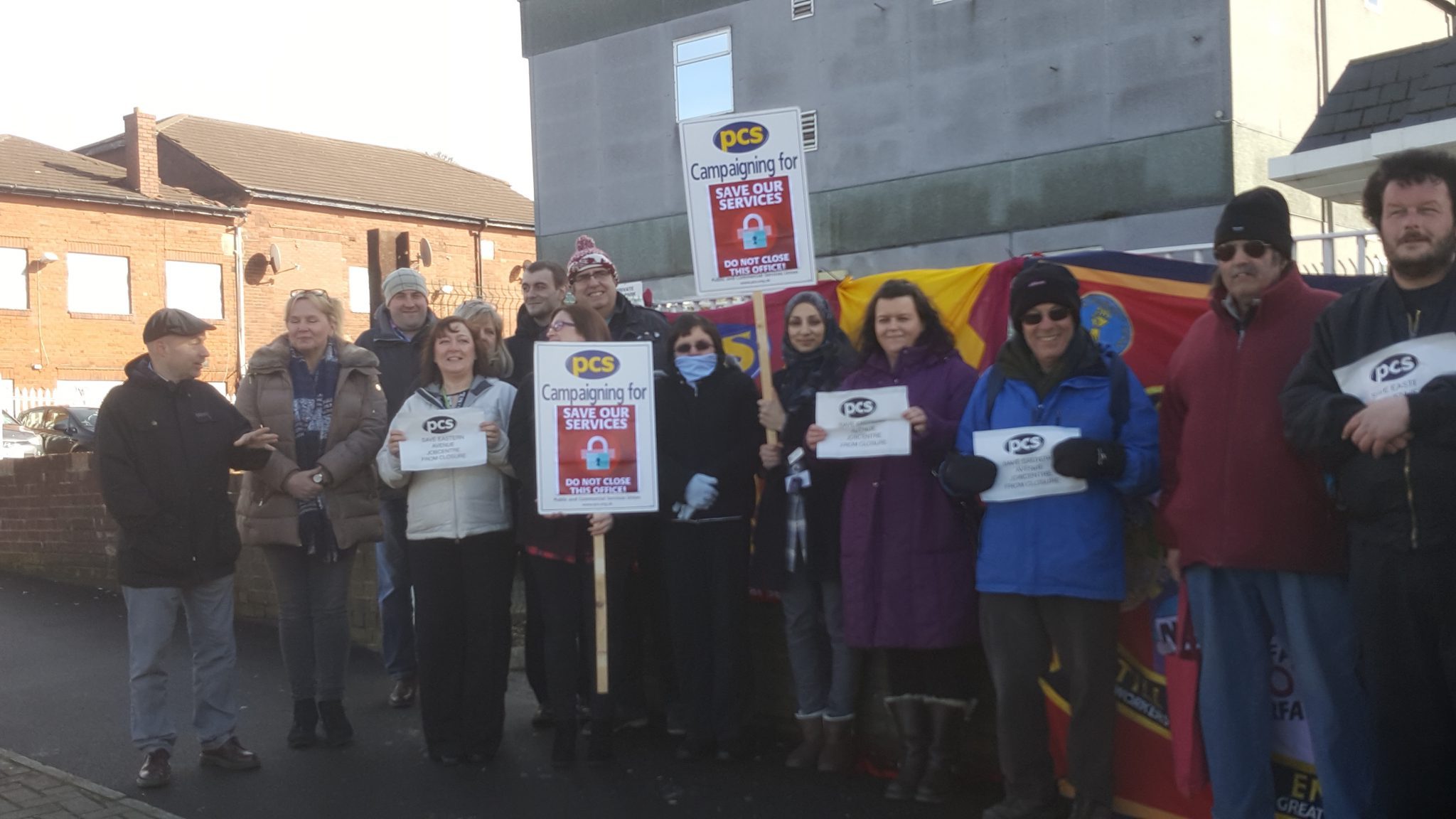 The Jobcentre Plus on Eastern Avenue, at Manor Top in Sheffield is due to close on Friday despite a significant amount of opposition.

Labour MP Louise Haigh joined members at the jobcentre yesterday as they continued their ongoing strikes against the Department for Work and Pensions’ (DWP) decision to close it down.

There are two city centre branches that will continue to operate as normal but for residents from the likes of Heeley, Gleadless, Arbourthorne, Batemoor and Jordanthorpe these are very inconvenient and will result in them having to spend more valuable time and money on travelling.

The jobcentre is located in one of the most deprived areas of Sheffield and is subsequently a vital public service that is very well-used by many people.

The closure will make it very difficult for the disabled or those who have young families to visit one of the jobcentres and could therefore make the issues of unemployment in the area significantly worse.

Whilst the jobcentre will close to the public on 3 November, further anger was caused by the recent decision to bring forward the closure of the centre to staff to 17 November.

A number of groups have supported the campaign against the closure including the Public and Commercial Services Union (PCS) and Sheffield Labour Students.

The DWP have responded by stating that these closures, which are taking place all over the country, will save a significant amount of government money and that residents will still be able to receive a lot of help in their search for a job.

The PCS are organising a protest day in support of the strike on 10 November and have invited all of their branches to support the campaign by holding up ‘I’m supporting Eastern Avenue’ cards.

Thanks to @pcs_union and @sheflabstudents for showing opposition to Eastern Avenue JCP closure - totally the wrong decision from DWP. pic.twitter.com/mXnaj1HgXB

spent this morning on a (v cold) picket line to support @pcs_union in protesting the closure of the Eastern Avenue job centre 💪🌹 pic.twitter.com/QT9do6j4nC