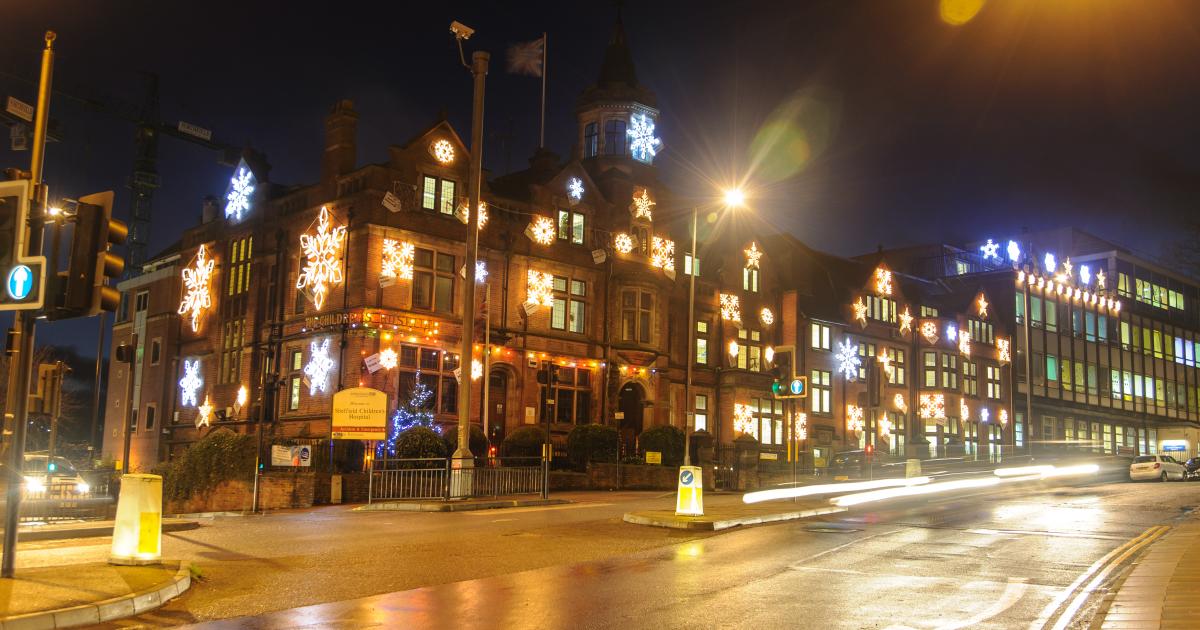 The lights have all been sponsored by companies, schools and individuals and hope to raise £100,000 which will go towards the enhancements of the new wing where building commenced in late 2014.

The snowflakes help to make the children who receive treatment at the hospital feel more positive in the run up to Christmas.

The lights will be lit from 6.45pm and will remain on the buildings until mid-January.

Over £50,000 were raised for the charity last year through the sponsorship of it’s snowflakes.

Tchad Western, Corporate Fundraiser for The Children’s Hospital Charity, said: “With a whole new wing to decorate we’ve been able to add 30 new snowflakes to our annual display. The lights are a great visual reminder of just how much support our special hospital receives from the local community and beyond. We would like to say a huge thank you to everyone who has sponsored a light this year – you’ve helped to bring Christmas to Sheffield Children’s Hospital.”

Penistone Grammar School is one of the many schools that has donated a light this year.

The school raised over £1000 for The Children’s Hospital Charity – enough to sponsor their first ever snowflake.

Adam Gillett, Director of Inclusions at Penistone Grammar School, said: “The Children’s Hospital Charity was picked as our chosen charity around two years ago. We took a tour of the new wing last year and whilst we were there we saw the snowflake lights being put up. it really inspired us to get involved.”