Sheffield protest for inquiry into Battle of Orgreave 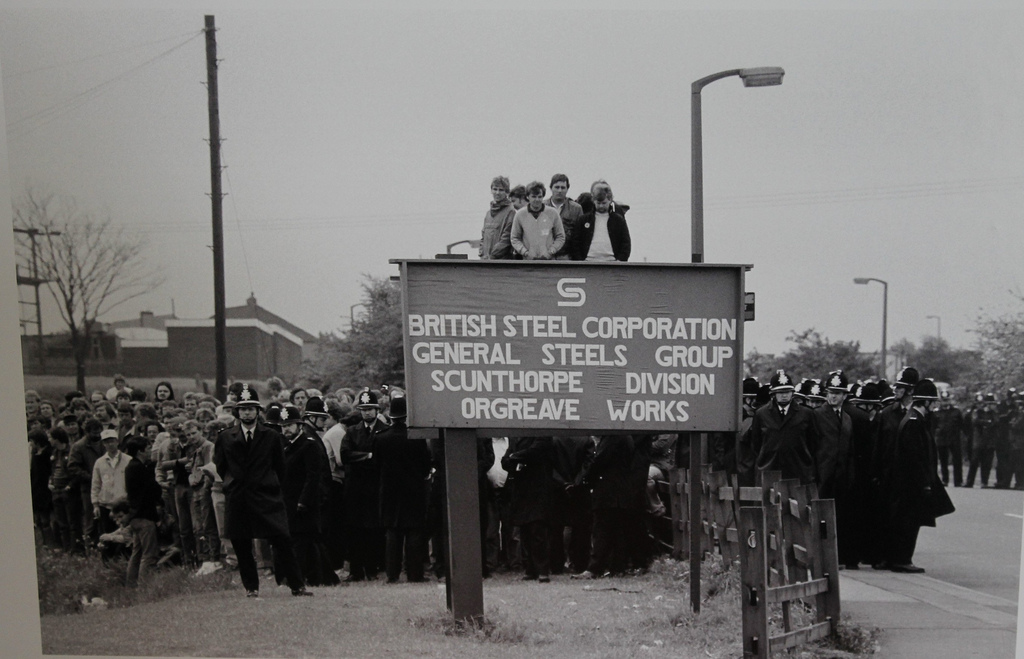 Last night Sheffield was host to a protest, as hundreds marched to dispute the government’s decision not to hold an inquiry into the ‘Battle of Orgreave’.

Many protesters dressed up for Halloween as they held a procession through the city, which began at 5.30pm in Devonshire Green, carrying a coffin with the words ‘death of justice’ written on it.

The ‘battle’, that took place on 18 June 1984, was the most violent event in a year-long strike in 1984-85 which saw miners and police clash after protesters prevented the delivery of lorries carrying coke to fuel steel furnaces in Scunthorpe.

Violence erupted on both sides after police charged horses and beat protesters with truncheons, it was described as one of the most violent and bloody clashes in British industrial history with 95 arrests being made, although all charges later fell apart.

No charges were made against the police.

In October last year, home secretary Amber Rudd said there would be no inquiry into the events of that day, claiming that policing has changed so much in the time since that there would be nothing to gain from an inquest.

In a House of Commons written statement, she said: “This has been a difficult decision to make, and one which I have thought about very carefully. I have now concluded that there is not a sufficient basis for me to instigate either a statutory inquiry or an independent review.”

“Despite the forceful accounts and arguments provided by the campaigners and former miners who were present that day, about the effect that these events have had on them, ultimately there were no deaths or wrongful convictions.”

This came as a huge disappointment to the Orgreave Truth and Justice Campaign, which seeks justice for those affected on that day, and wishes to overturn the government’s decision not to have an inquest.

The campaign is particularly relevant considering that the police force involved on the day, South Yorkshire Police, was also heavily involved in the Hillsborough disaster in 1989. The stadium lies just seven miles from Orgreave Coking Plant, and in April last year the 96 killed at Hillsborough were vindicated after an inquest found they were unlawfully killed by the South Yorkshire Police, led by Ch Supt David Duckenfield.