What we know about the New York terror attack 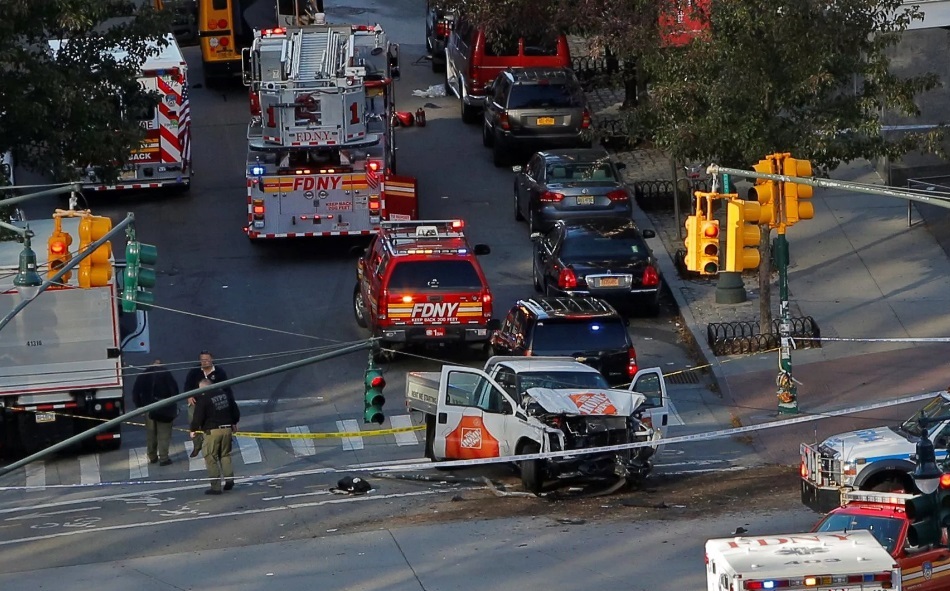 Eight people have been killed and 11 injured in a terrorist attack in New York.

The people were struck by a truck when it mounted the curb and drove along a cycle path in Lower Manhattan.

A 29-year-old man, reported to be an Uzbek immigrant, was shot and injured by police as he left the vehicle.

The suspect, named by media as Sayfullo Saipov, reportedly shouted “Allahu Akbar” (“God is greatest”) as he left the truck.

A note was found inside referring to the Islamic State militant group, law enforcement sources were quoted as saying by US media.

Officials said this is the deadliest terror attack in the city since the 11 September attacks.

US President Donald Trump has ordered the Department of Homeland Security to “step up” vetting measures in the wake of the attack.

Among those dead were five Argentine friends as confirmed by the country’s foreign ministry.

They were part of a group of 10 friends in New York to celebrate the 30th anniversary of their graduation from college.

A Belgian national was killed and three others injured, Belgium’s foreign minister said.

Two other victims have not yet been identified.

New York Police Department (NYPD) Commissioner James O’Neill, said: “Shortly after 3pm (7pm GMT), a pick-up truck struck cyclists and pedestrians while being driven along the West Street to Houston Street path for many blocks. It then hit a school bus, injuring two adults and two children on board, and came to a halt.”

It is reported that the driver emerged holding what appeared to be two handguns and made a statement “consistent with a terror attack”.

He was then shot by police officials and arrested.

A paintball gun and a pellet gun were recovered from the scene.

Suspect Sayfullo Saipov, arrived in America from Uzbekistan in 2010 and is believed to be a legal resident in the country.

Car-share service Uber confirmed he had been working for them.

Uzbekistan’s president, Shavkat Mirziyoyev, told Donald Trump his country was ready to “use all forces and resources” to help investigate the attack. Uzbek officials have not yet confirmed the identity or nationality of the attacker.

Despite the attack, it did not break the Halloween spirit of New York residents and tourists, as the annual Halloween Parade went ahead.