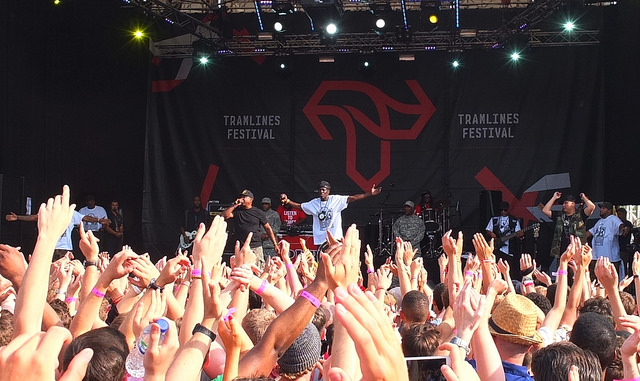 The city of Sheffield has won the bid to play host to the 2018 edition of Festival Congress, it has been announced.

The opening of this years’ sold-out event, the fourth in succession held in Cardiff, was marked with the announcement that the next iteration would be making the move following a tender process last month.

Festival Congress is an annual gathering of independent festival organisers, under the banner of the Association of Independent Festivals (AIF), to celebrate and discuss the past twelve months in the industry.

The event is also used for networking opportunities, with over 400 delegates in attendance at the Wales Millennium Centre on Tuesday, as well as to host the Independent Festival Awards.

AIF are delighted to announce that the 2018 the event will be held in Sheffield, who've offered "financial support and a lot of enthusiasm"

“We are confident that Sheffield will be a great new home for the Congress. It has the venues and the right vibe” - @ReedandDestroy

This years’ event was headlined on Monday morning by speakers such as Zoe Cormier, the author of ‘Sex, Drugs and Rock n’ Roll: The Science of Hedonism and the Hedonism of Science’, and John Kampfner, Chief Executive of the Creative Industries Federation (CIF).

Attention then turned to the awards evening held at DEPOT in Cardiff. Notable prize winners included Aespia, who scooped the “New Festival On The Block” award and Bristol rock band IDLES who won the “Live Act of the Year”.

AIF, the ones behind both the Congress and the awards, market themselves as a non-profit organisation, offering independent festivals business support and development.

The membership figure currently stands at 60 festivals, the attendance of which cumulatively results in over 600,000 festival goers, contributing over £200m to UK’s economy.

Members of the AIF range from juggernauts like Glastonbury and Bestival, which itself is run by Rob da Bank who founded the AIF, to smaller family friendly gatherings like Truck and Y-Not, which was in the news this summer following its cancellation on the last day due to unsafe weather conditions.

Another member is Tramlines, that has taken place in Sheffield at 70 venues around the city every year since 2009.

Sheffield’s first Festival Congress is anticipated to take place in the first week of November 2018.