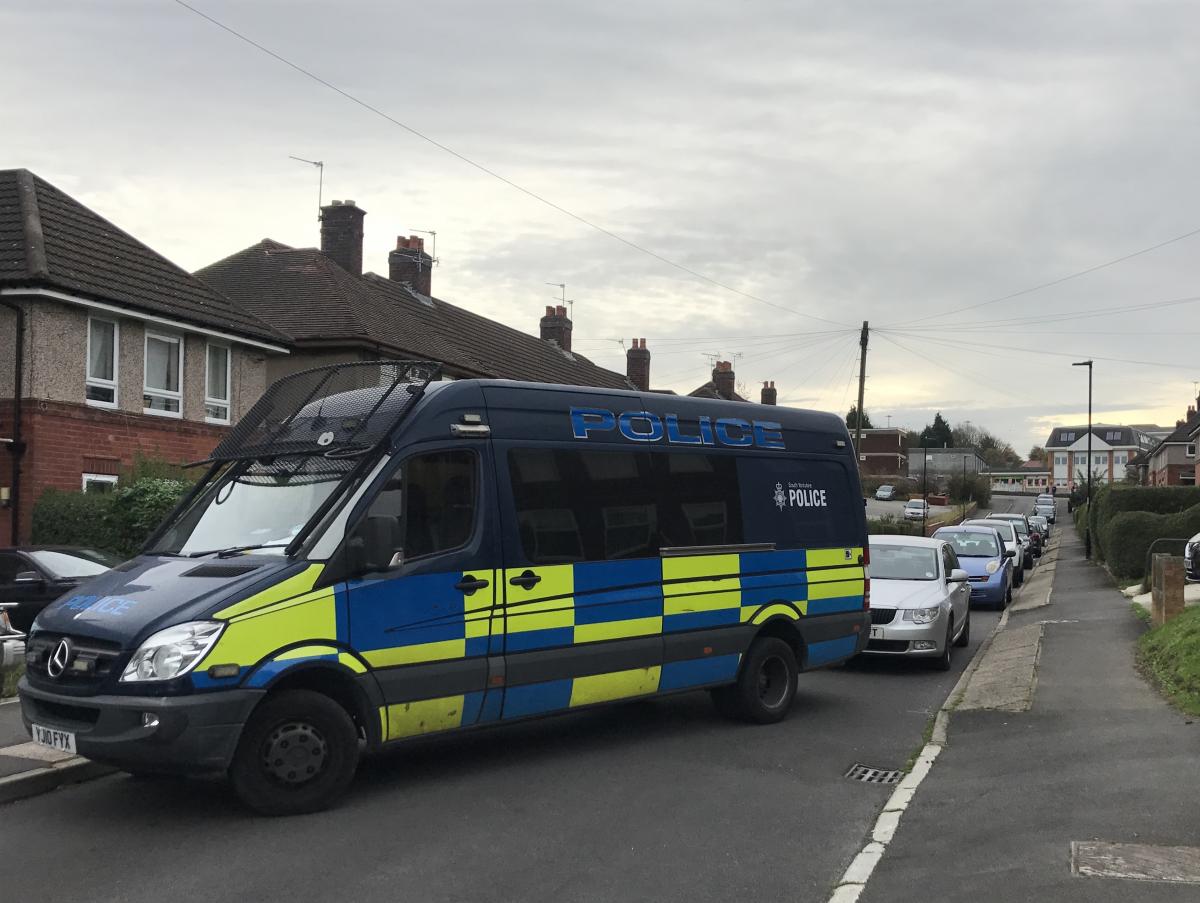 A street in the Arbourthorne area of the city was locked down yesterday morning as officers executed three warrants on the same road.

Just after 9am, three properties on Edenhall Road were raided by police.

Officers discovered a cannabis growing factory upstairs at one of the properties, with 49 cannabis plants in various stages of growth.

Sergeant Lee Kaighan, leading the operation said: “The warrants this morning have been very successful, with the recovery of 49 cannabis plants, which had the potential to have an estimated street value of around £1,000 per plant when fully grown, cash and further drugs seized and significant arrests made.”

A 44-year-old man was arrested on suspicion of production of cannabis. He has been interviewed and released under investigation pending further enquiries.

Approximately half a kilo of cannabis was also found downstairs in the property.

Cash amounting to approximately £5,000 and around £120 of suspected amphetamine was seized from the other properties.

A fourth warrant in connection to the three in Arbourthorne, was also executed in Chesterfield yesterday morning where a 28-year-old man was arrested.

The property on Park View in Hasland was searched and £1,000 in cash was recovered as well as a small quantity of cannabis and suspected class A drugs.

The man, arrested on suspicion of robbery remains in police custody after being questioned yesterday afternoon.

Sergeant Kaighan also stated: “I would always encourage people to call police, or Crimestoppers anonymously on 0800 555111, if you have any concerns in your area. We will not tolerate illegal activity in Sheffield and we will continue to execute warrants and act on any information received.”