Is Harry Styles the new modern day rock star? No doubt about it. 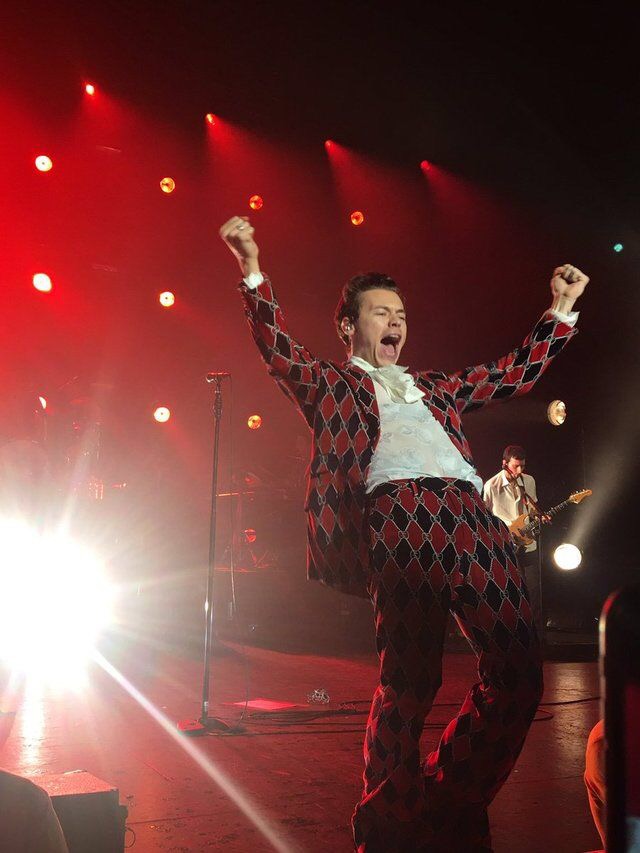 There are few artists who can command a stage for an hour and 20 minutes and leave the audience gasping for more. Those names that may pop into your head are the old legends that may not be around anymore, or if they are, tours are very few and far between.

One name that was probably not a blip on people’s radar is ex-boybander Harry Styles. The 23-year-old rose to fame through The X Factor and was one fifth of one of the biggest boybands of all time.

But after Wednesday night’s performance at the O2 Apollo in Manchester, people are starting to look past the boyband image. And rightly so.

Gone are the manufactured pop-tunes, although Harry would be the first to praise his “wonderful friends”; he covered their first number one hit, What Makes You Beautiful, and fan favourite, Stockholm Syndrome, and instead comes a seventies soft-rock sound with a subtle nod to the sounds of Fleetwood Mac.

The self-titled number one album was the biggest selling male debut album in nearly 30 years, and saw Styles wanting to be “the rock star”, as Rolling Stones described him, and as a single spotlight highlights his shadow behind a pink curtain, the deafening screams can’t help but ignite this image.

Clad in a custom Gucci suit, Harry Styles plays every part of the rock star as he croons and dances around the stage.

His three opening songs are some of the acoustic rock ballads from the album, until Styles declares “Okay now I know you can all sing, I want to see you dance.”

The crowd lights up as his iconic style of movement dominates the front of the stage, think Mick Jagger meets drunk dad dancing at Christmas, yet somehow he pulls it off.

His next single, Kiwi; a hard rock anthem, is clearly the highlight of the show for Styles, so much so that he performs it twice which sends the crowd into a frenzy. Not before falling over on stage to which the crowd reacted with chants of “who fell over.”

The show takes an emotional turn as Styles covers Ariana Grande’s Just a Little Bit of Your Heart. A song he wrote for Grande, as he says “I think, for obvious reasons, it means a lot singing this in Manchester. I’m very aware that it takes a lot of courage to come to shows these days. And you being here tonight means more to me that you’ll ever know.” To which the crowd responds by holding up pictures of a Bee, an iconic Mancunian image which became a symbol of strength after the terrorist attacks at the Manchester Arena.

The show comes to an enchanting close with an enigmatic cover of The Chain by Fleetwood Mac and the powerful first single Sign of the Times: a seven-minute-long song that defies all logic to work as a first single, but somehow re-wrote the rules for debut singles and became an admirable number one.

There’s no wonder that both boys and girls camped out for two days just to be front row, who wouldn’t want to witness the birth of a new age rock star so up close?