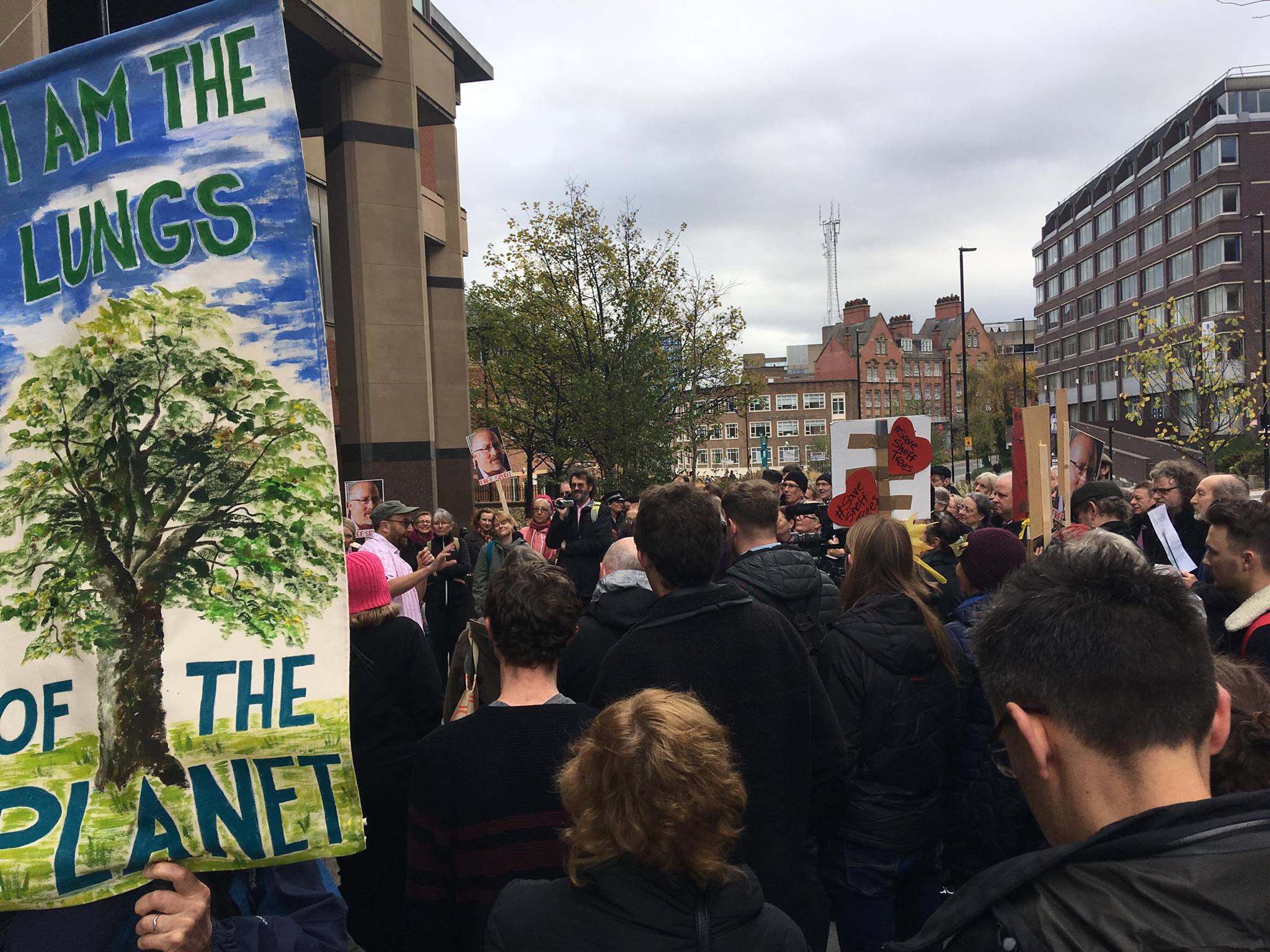 Tree campaigner Calvin Payne, who broke an injunction banning him from taking direct action in protests, has been given a three month suspended prison sentence, suspended for a year.

The court case came after he had written on the ‘Save Netherthorpe Trees’ page: “What I would really like is for as many people as possible to break the injunction on Monday morning.”

Mr Payne is among three protestors under injunction which bans them from taking any direct action against the tree felling.

The 44-year-old is also guilty of breaching the order on two other occasions when he entered safety zones in Kenwood Road, Nether Edge.

Mr Payne had led much of the protest action in the long-running campaign against Sheffield City Council.

Many fellow campaigners have been speaking outside the court against the apparently harsh actions of Sheffield City Council.

#SaveSheffTrees takes a new turn as Calvin Payne has arrived in court ahead of sentencing for breaking an injunction. pic.twitter.com/WoOVoMCvDi

Sebastian Wiesel, 50, said: “He’s taken action in a long tradition of disobedience that Sheffield Council claim to support. But when it’s action taken against them they seem to take a complete about face concerning whether it’s acceptable or not.

“I think it’s an absolutely ridiculous state of affairs that it’s come to this. Had the council at any point been willing to negotiate or in any way compromise then the likelihood is we’d never have arrived here.”

Another protestor outside the court, Jim Diamond, 57, said: “It’s showing solidarity for people who have been arrested for doing what is right and who passionately believe what they’re doing is correct.

“On the other hand you have a council that’s doing it’s very best to put profits before people and it’s trying to jail peaceful protestors. I think it’s disgusting.”

Pictures and quotes from Adam Kellet