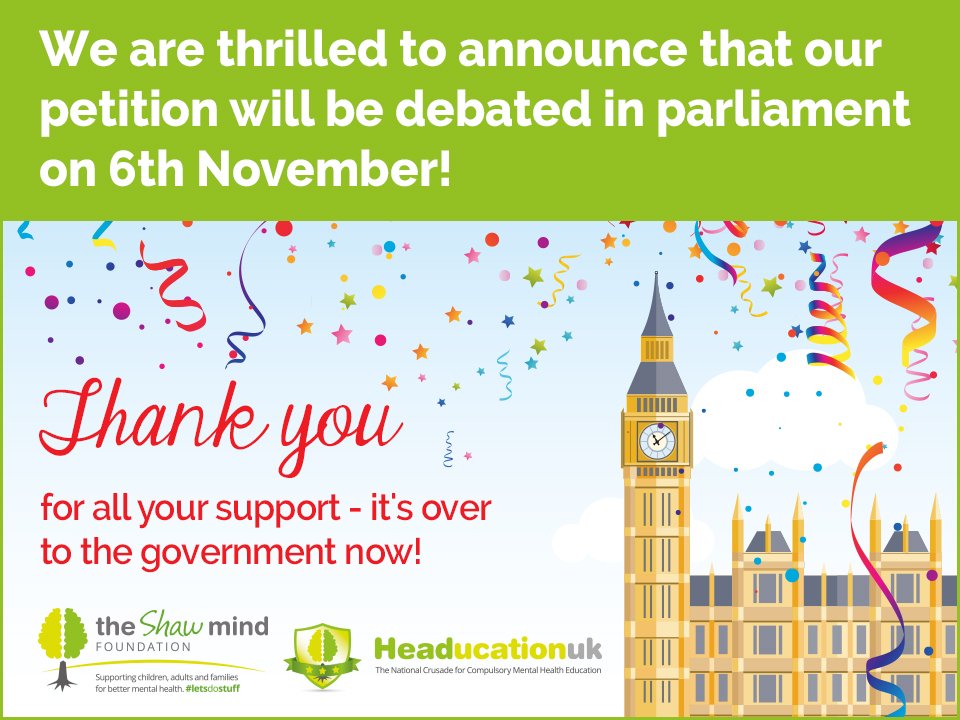 A Sheffield man has forced a parliamentary debate on mental health after his petition gained over 100,000 signatures in just three months.

Adam Shaw, from The Shaw Mind Foundation, started the petition as part of the Headucation UK campaign to make mental health compulsory in the UK national curriculum.

The debate, which took place yesterday afternoon, raised awareness of the development of mental ill health in children and teenagers, with MPs putting forward their arguments about mental health in primary and secondary schools.

The Government subsequently launched a new Green Paper on children and young people’s mental health. a document that sets out specific issues likely to be considered for future legislation.

Shaw Mind say that 92% of teenagers aged 14 to 18 think mental health should be discussed in lessons at school, while 80% of British parents believe protecting their children’s mental health is a top concern.

The Children’s Society studies have shown that 10% of children and young people (aged between five and sixteen) have a mental health problem, yet 70% of them do not have appropriate interventions at a sufficient early age.

Labour Party MP Catherine McKinell led the debate as a member of the Petitions Committee.

She said: “The foundations that initiated this debate and I will be looking out for the Green Paper to ensure that we improve our education offer, remove the stigma and we deal with the problem of health education”.

The Shaw Mind Foundation will now be commissioning an independent report to show the long-term impact that compulsory mental health education will have on the workplace, social media, NHS, UK economy, family mental health and well-being.