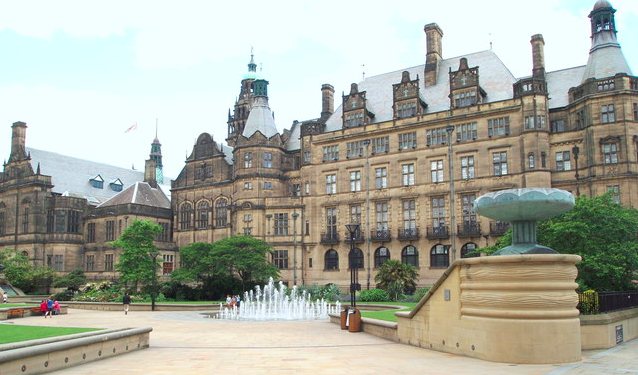 A new Tree Charter was launched at Lincoln Castle on Monday. The Woodland Trust responded to the current crisis facing trees with the idea for the charter in 2015.

The charter is the first of its kind in 800 years since the Charter of Forest in 1217 and outlines the principles by which people and trees can live alongside each other.

It sets out ideas such as, sustaining landscapes and wildlife, recovering health, hope and well-being, protecting irreplaceable trees and woods and combating threats to our habitats.

Professor Carenza Lewis, an archaeologist at the University of Lincoln said: “It is important to restore people’s rights to the benefits they get from trees and woodlands. These rights are being eroded again today by tree loss resulting from development, environmental change and financial cutbacks.”

Research shows the benefits of trees range from heath benefits to economical advantages of house prices of tree-lined properties.

However, many people in Sheffield are sceptical about the effectiveness of this tree charter in protecting their beloved trees.

There have already been a number of protests in the city centre and surrounding areas after plans were made to remove disruptive and diseased trees in and around Sheffield.

Many members of the public took to Twitter to express their concerns.

A key area for protests in Sheffield is Rustlings Road, where a number of trees have already been felled as part of a city-wide road and pavement improvement project run by Streets Ahead, the largest highways investment contract seen in Sheffield worth around £2bn. As well as Amey, a consulting and infrastructure support service.

According to the National Highways and Transportation Survey 2017, people in Sheffield have shown the largest increase in satisfaction regarding the improvements to roads around the city. Despite strong opposition to a number of the planned developments involving the trees.

Councillor for the Environment and Street Scene at Sheffield City Council, Bryan Lodge said:”It’s great to see that people in Sheffield are acknowledging the progress we have made in bringing our highway network up to standard through the Streets Ahead contract.”

For now, the battle continues between public and council in Sheffield as to whether the tree felling will continue. Whether the new charter will lead to a rethink in the council’s approach remains to be seen.

Prof Lewis said: “I hope that the extensive publicity around the new Tree Charter and its link with the distant past of the Charter of the Forest will raise awareness that the impact of an established tree, once removed, cannot be restored within a human lifetime.

I hope that the charter will succeed in ensuring that from now on more trees are planted than are cut down, and more people have access to environments which are rich in trees.”