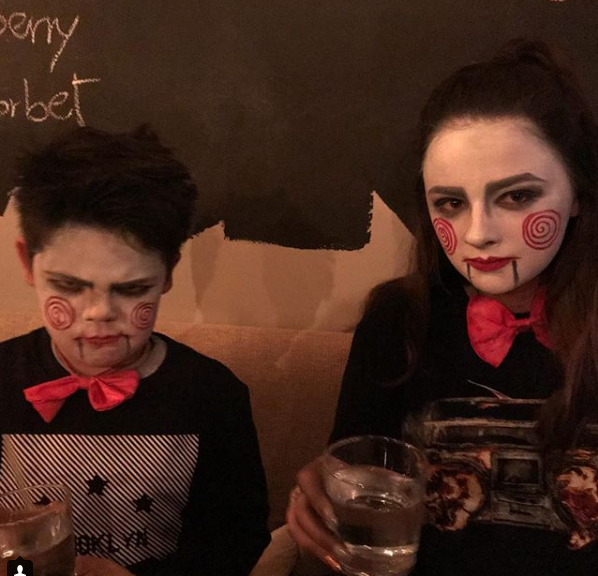 Vicky Blagden, 39, and family from Brampton Bierlow, embarked on a holiday of a lifetime when they jetted across the pond to New York City.

The family chose the Big Apple to celebrate Mrs Blagden’s upcoming 40th birthday this month, with plans to attend the infamous New York City Halloween Parade, as Halloween is her favourite time of the year.

It was the last day of their holiday, and they headed back to the hotel to get ready for the big event.

Miss Blagden, who is a mobile beautician, spent hours perfecting her two children’s makeup, Maia, 13, and Leo, 7, when family began to receive texts from relatives asking if they were OK; they looked out of the window.

Mrs Blagden said: “the sky over Manhattan was filled with helicopters and all we could hear were sirens.”

The family turned on the news and saw how attacker Sayfullo Saipov had mounted the curb in a truck, killed eight and injured 11 people just around the corner from where the family was eating ice cream just hours earlier in the day on Tuesday, 31 October.

Unaware whether the parade would be taking place, the family decided to make a vote as to whether they would attend if it were to go ahead.

The family said it “just felt wrong” to celebrate when something so tragic had happened so close to them, despite the assurance from officials that extra armed police and respondents would be manning the parade in order to keep civilians safe.

The family chose to eat in a restaurant in their spooky outfits, and the children were inundated with sweets from the staff.

Mrs Blagden said: “You wouldn’t know, by the revelry in the restaurant, that anything had happened. People were just carrying on their business as normal. I just held my kid’s hands extra tight as we were crossing roads and waiting on corners.”

The attacker, who ISIS allegedly called a ‘soldier of the caliphate’, has been charged with federal terrorism offences and awaits trial.

Five of those killed in the terror attack were from Argentina, and their bodies arrived in the country yesterday morning.

People from around New York have attended vigils for the victims of the attack.