The Tuesday Club 19th anniversary: back on the story of an apotheosis 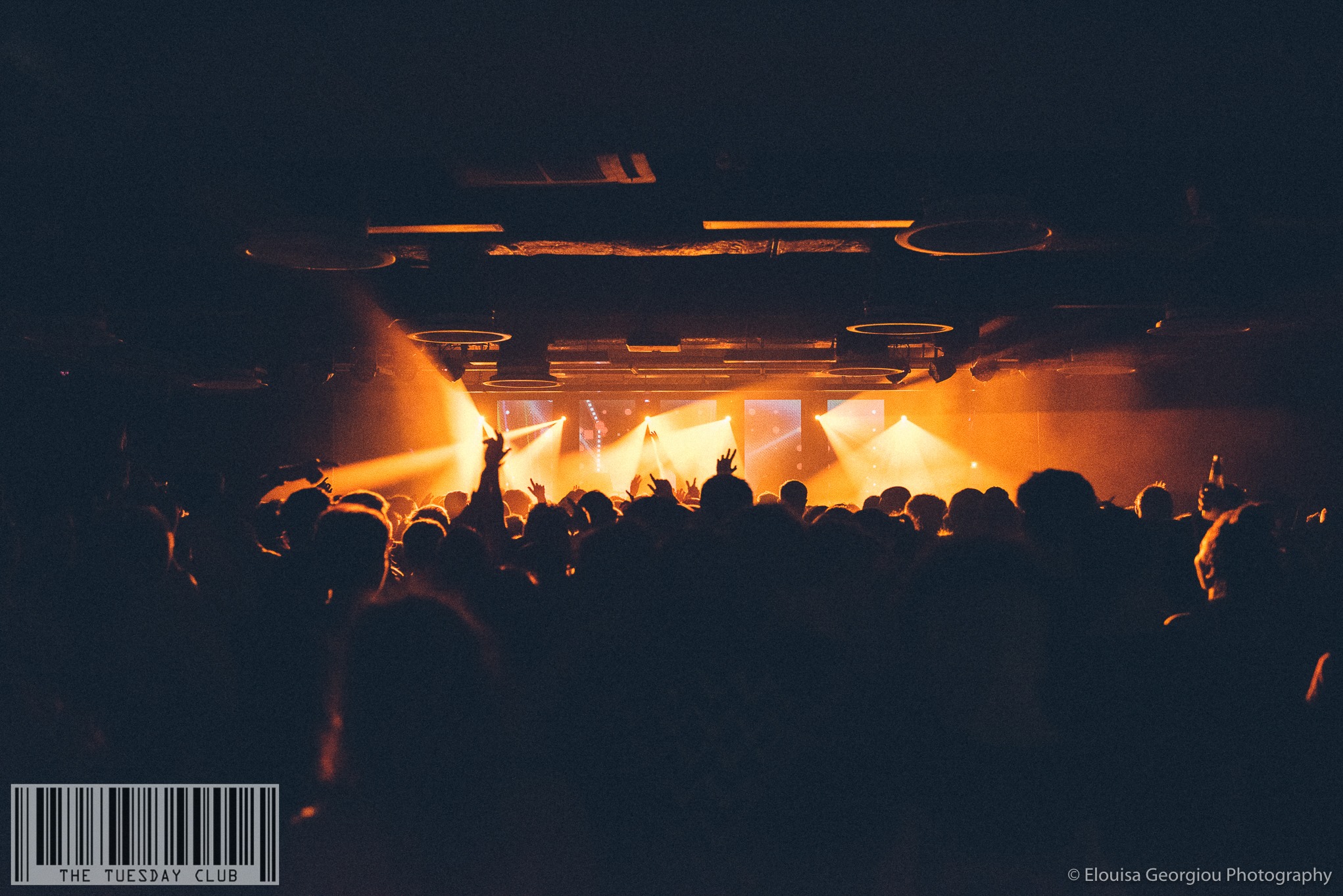 The Tuesday Club celebrated their nineteenth anniversary yesterday night in The Foundry. This unique club night has a great history and has always been a place where many students and non-students have fun listening to underground music every week.

The Tuesday Club was originally created by three students who worked alongside the Entertainments Committee at the Sheffield University Students Union. “The foundry” which used to be called the “Lower Refectory” has the capacity to welcome 1000 people, and the Octagon, where they organise one off shows, has the capacity of 1500 people.

The club’s music policy was at first heavily based on Hip-hop, Electronica and Drum and Bass bringing on some artists such as Roots Manuva, Lamb, Nicky Blackmarket, Fabio and Grooverider and many more.

Later, the Tuesday Club diversified its genres and innovated into bringing on the new underground scenes coming through at that time which integrated Dubstep, Garage, House and Techno nights.

In 2013, the club had to do some renovations and closed The Foundry for about a year.

During refurbishments, they moved between different venues such as The Leadmill for a few months and then to Fez Club (which is closed down today). It included some new sound and lighting installation, LED lighting and some video screens.

Ashley White, 28, who is the current project manager of the Tuesday Club said: “However, the size and the shape of the venue is still essentially the same and the infamous low ceilings means it has retained the ‘vibe’ for which it is best known for. Many of the artists who play here comment on how great it is to play in such an intimate venue, specifically referencing the low ceiling.”

The last show they had in the “old” Foundry was with Dub Phizix & Strategy and was a very emotional night according to him.

They came back to the venue by the Students Union after roughly a year and were really pleased to be able to organise some nights in their venue again. Even though they moved around the city during that time it’s spiritual home remains at Foundry and Fusion in the SU.

Mr White added: “Luckily our crowd stuck with us and when we returned to The Foundry in 2013, it was as if nothing had changed!”

Throughout those nineteen years, the public remained the same. However, some things have changed massively.

Years ago, most of the people coming to Sheffield had never experienced big Bass nights and The Tuesday Club was their introduction. The main radio stations generally never played this kind of music so heading to the club would be the first place people would experience this style.

Nowadays, people often get to be familiar with SoundCloud and Youtube so more and more people already know the artists they come to see instead of completely discovering the genre. Even though a DJ set with a good sound system is always better than anything you could listen to in your own time, it truly makes a difference.

Andy H, a Tuesday Club Resident DJ told us: “The difference is today the crowd can all know a track before it is even released. Whole sub genres can exist and grow through the power of the social media.”

The sound system is a capital asset for any venue, and the club is well known for theirs. The sound system was originally installed by the SSE and during their restoration in 2013 they only added more speakers and kept their original base.

Another great asset the club has is the Technical Services Committee (TSC) which is a committee of students working together every week to set up the sound, the lights and the stage. Everything the crowd can see on the stage is made by student volunteers which is a great opportunity for them as they work with some of the biggest names in the industry in a recognised venue.

Michael Mcquillan, who was one of the Sheffield SU Entertainments Department’s event managers at its early start said: “As it’s on at Tuesday, and therefore a ‘school night’ for many people, it’s always had a predominantly student crowd. That said, there has always been a dedicated contingent of non-students who come to enjoy the nights, something which is key to the diversity of the night. That hasn’t changed too much over the years and I think it’s retained an ‘up-for-it’ crowd of music lovers.”

He added that his personal favourite booking he made was Kaytranada, a Haitian-Canadian DJ, just before he left the company.

The club has also had many live shows, from The Quantic Soul Orchestra with Spanky Wilson fronting the band, to Bonobo or even Aloe Blacc, it presents a variety of different music styles enabling the public to introduce themselves to different musical perspectives.

Mr. Mcquillan said that “It felt very rewarding to know that The Tuesday Club is an event that artists from all over the world talk about as a place they love to come and perform at. We worked bloody hard then and I know the current team have continued that same ethic.”

He concluded by telling us: “The crowd are as much a part of the team as those who put on the nights, they are the lifeblood and without the ravers the night would be nothing!”

When asked how he felt about playing on the 19th anniversary of the club, Andy H said: “It feels a bit odd really as it doesn’t feel long since the 10th birthday. Its true what people say, time flies when you’re having fun”

His passion for electronic music started in the 90’s when he collected Jungle, Hardcore and Hip-Hop vinyls.

But, he said: “It was TTC that really helped my convert a hobby into a job and start out as a professional DJ. It has been great for me.”

He mentioned he always had an interest in technical DJing, and watching artists such as DJ EZ and Shy Fx who excelled in the art of club sets, had been a huge influence for him.

Mr White said: “Many customers comment on how safe they feel here, and are able to express themselves freely, which they may not be able to do in other venues in town.”

James, 26 from Displace which is a local DJ duo said: “The first time I went to TTC was in 2008 (…) One thing that hasn’t changed though is how well it does every time – It’s been the city’s most consistent night in the whole time I’ve been here.”

The aim of the club has always been to expose the best in underground electronic music to a beholden public, bringing world renowned artists and bringing up to light some new artists to the city. It encourages the public to find their own music flavour and has always been fastidious on safety, entertainment and inclusivity.