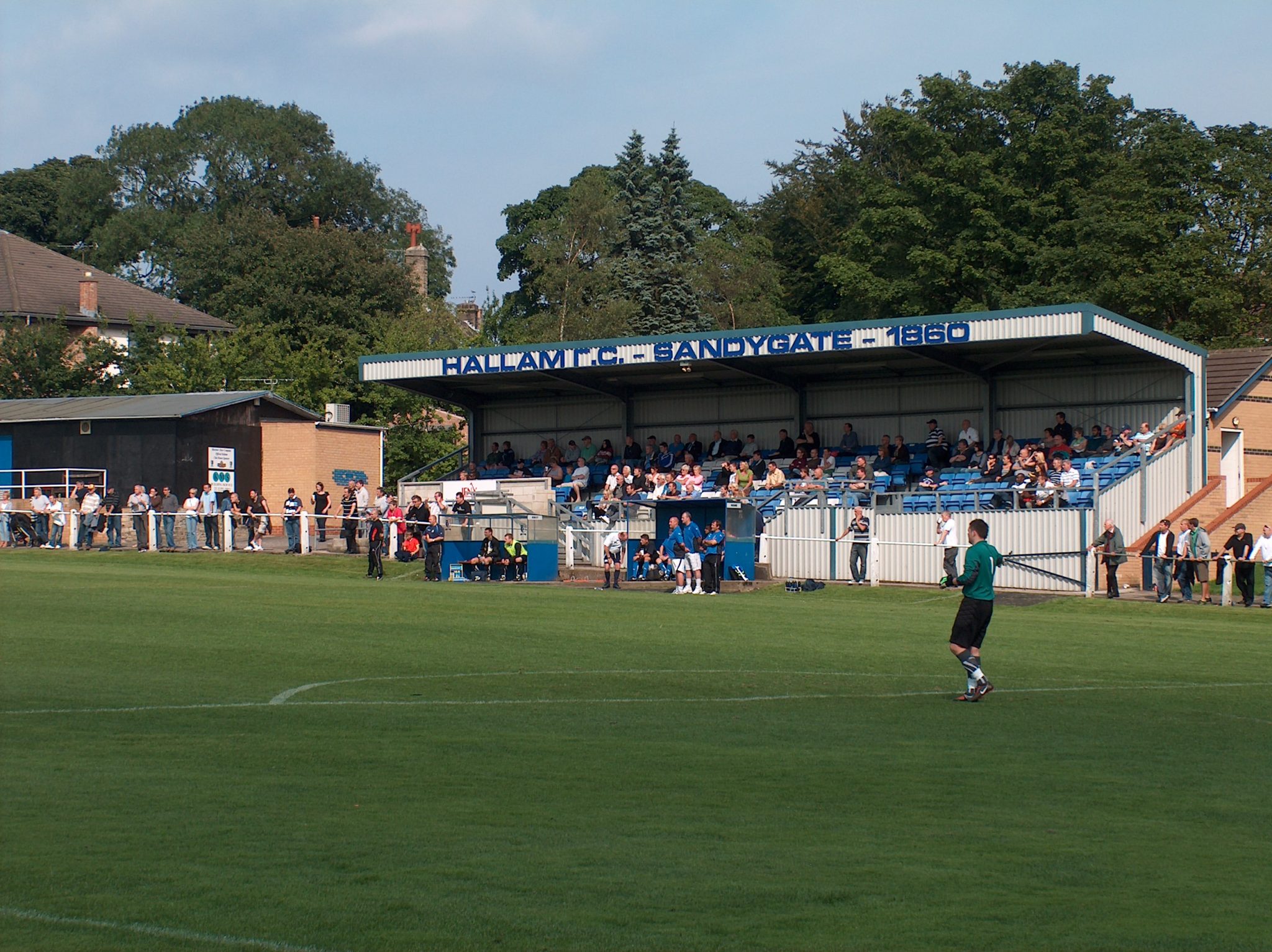 The Steel City derby might be the most well-known fixture amongst Sheffield’s football teams, but on Saturday 11 November the oldest football ground in the world will host another Sheffield derby.

Dronfield Town will make the short trip to Sandygate as they look to secure local bragging rights against Hallam FC in the Northern Counties East Football League Division One.

Both teams come into the game in contrasting form, with Hallam currently sitting eighth in the table, unbeaten in their last six games in all competitions. Dronfield, meanwhile, have won only once in their last eight games and are 18th in Division One.

The focus for both teams on Saturday will be three points and a win over their local rivals, but the fixture will also be a chance for Hallam FC’s joint-manager, Stephen Whitehead to catch-up with some familiar faces.

Whitehead spent three years at Dronfield as a player and was part of their side which secured promotion to the Northern Counties East Football League at the end of the 2012/13 season. The connections do not stop there, however, as Whitehead was the assistant of now-Dronfield Town manager, Chris Millington, when he was manager at Clipstone F.C, where they won the NCEL Division One title together.

We're back in action tomorrow as @DronfieldTownFC make the short trip over to Sandygate! pic.twitter.com/ntx0OVtGRN

Like his counterpart, Whitehead’s focus on Saturday will be trying to guide his team to a win against Dronfield and, with Sheffield United and Sheffield Wednesday not playing this weekend because of the international break, both clubs are hoping for a bumper crowd and are encouraging supporters of the city’s two professional teams to support their local non-league clubs.

Speaking ahead of Non-League Day in October, Mr Wilding said: “I became quite disillusioned with the professional game. I think the culture of it has become corrupted and I wasn’t enjoying it anymore. I had a really good mate who was involved in running grassroots clubs and he said to me go and find your local club and get involved. So I did.

“I discovered my local club was Hallam so I started going along and enjoying games,” Mr Wilding added. “I recognised that a lot of the stuff I was missing in football was still alive and well at non-league level: the sense of community, the genuine honest love of the game, it was all still there at grassroots level.”

The two sides will remember those who have served in the armed forces by observing a minute silence before the game, while the Regional and Branch Chairs and Secretary of the British Legion Hallamshire Branch will be attending the match to sell poppies.

Veterans and members of the armed services will also receive free entry to the fixture.