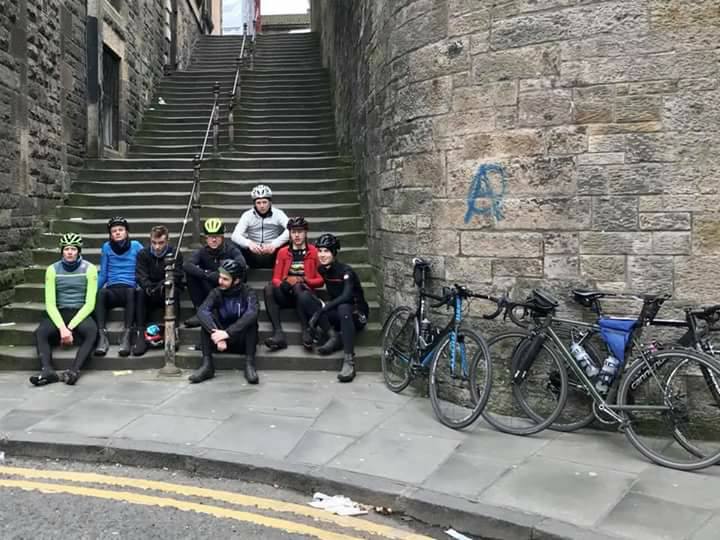 Cyclists from the University of Sheffield Cycling Club have completed a gruelling 240-mile cycle challenge from Sheffield to Edinburgh for charity.

Each year the club follow the same route as the university’s Baby Bummit hitchhike, which this year went to the Scottish capital, with the intention of beating the hitchhikers.

The students set off from the University’s Arts Tower at 7pm on Tuesday and arrived at their destination on Wednesday afternoon after 19 and a half hours in the saddle. The riders climbed more than 14,400ft as they cycled through the Yorkshire Dales, Northumberland and over the Scottish border en-route to Edinburgh.

Kieran Savage said: “I did [the charity ride to Glasgow] two years ago, but I didn’t do it last year [to Brighton] because of how bad it was. It was hillier this year, but overall I didn’t find it as tough. The hardest part was the final stretch into Edinburgh and probably getting grit in my eye.

“The temperature didn’t help as it was -7°c when we were riding through Northumberland and the hills felt as though we were climbing for 10 miles. The feeling after finishing is comparable to a hangover after falling down a set of stairs.” 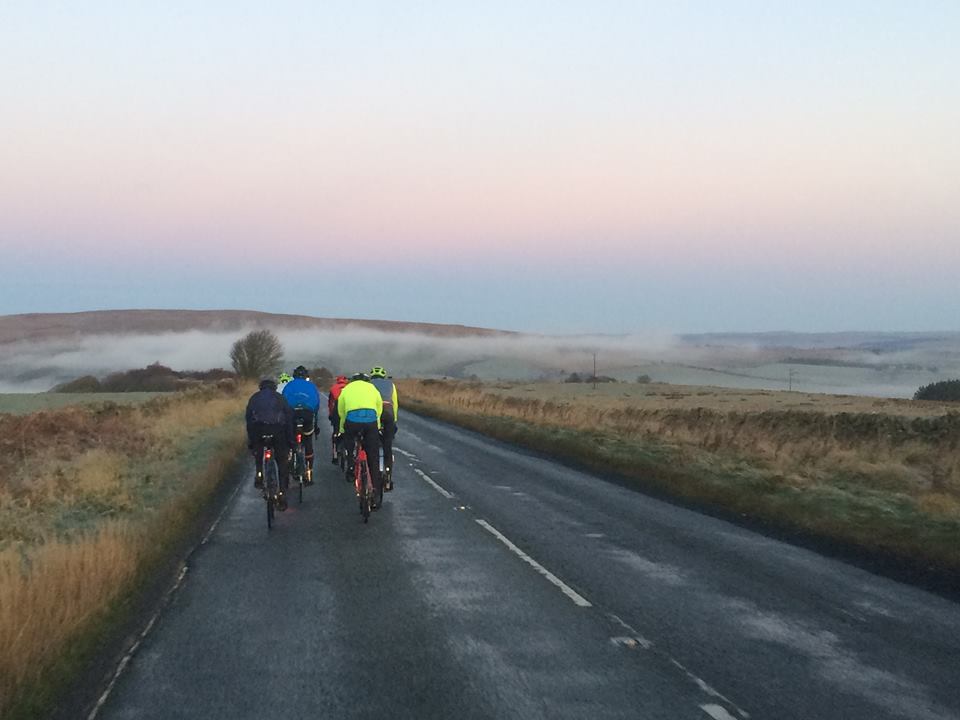 The 240-mile ride saw the cyclists cycle through the Yorkshire Dales, Northumberland and the Scottish Borders. (Image: Rufus Cope)

“It is not something you can really train for,” the maths student said. “It’s not about how fit you are, it’s all mental. The key is to distract yourself; don’t look at the mileage, eat regularly and know your limits.”

The riders have raised over £670 for East Midlands Ambulance Service so far; a service which the cycling club hope they never need to call upon.

Cameron Taylor, the club’s charity and fundraising coordinator, said: “The East Midlands Ambulance Service are the people who come and rescue you if you have a bad crash. It is a service, which we hope as a cycling club we never need, but if we do then it is good to know they are there.”

The club’s fundraising page can be found by clicking here.