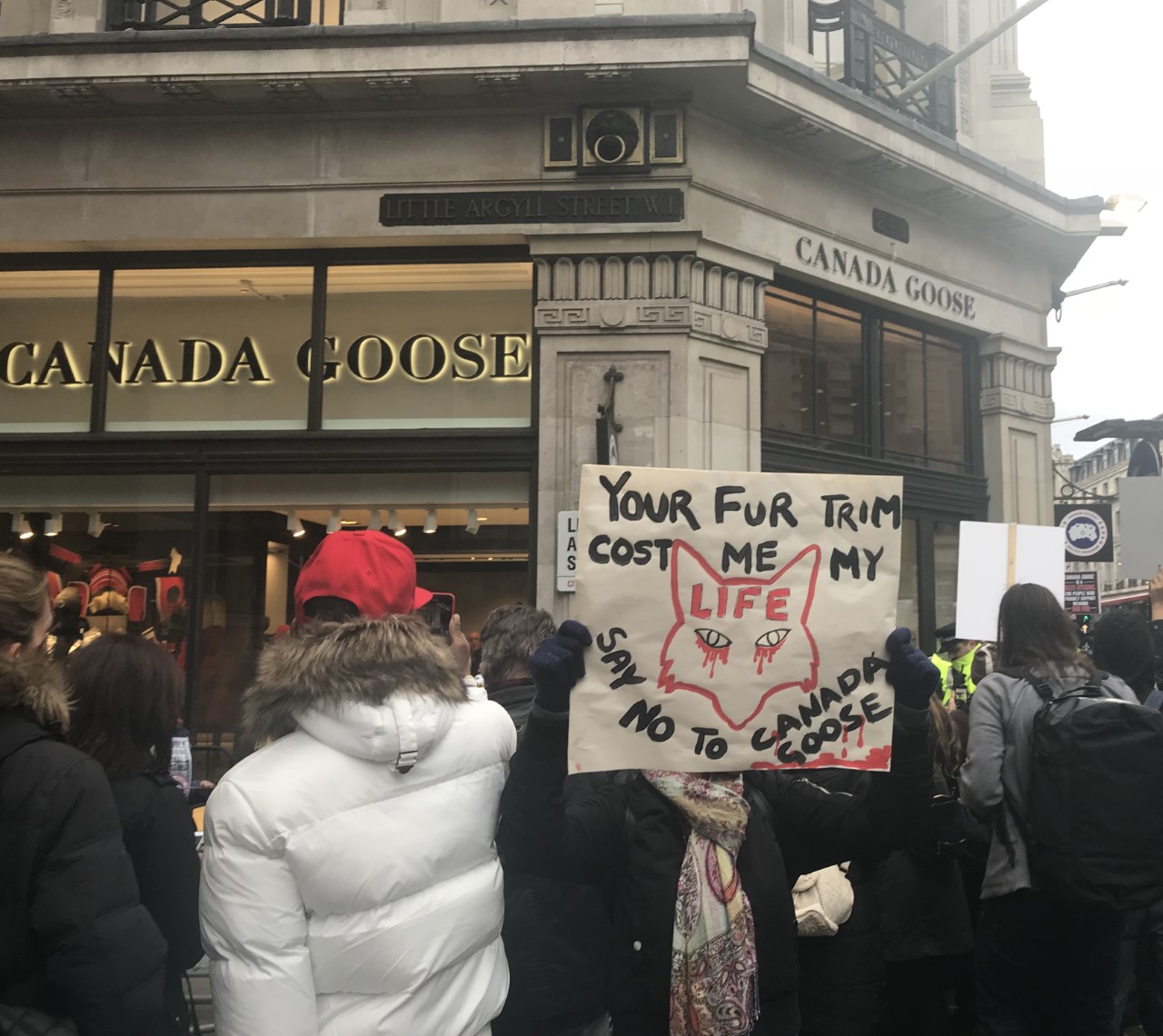 Animal activists from across the country convened outside the new Canada Goose store on Regent Street to protest against the brand’s treatment of animals.

Canada Goose, whose new store opened the day before the protest on 10 November, has been accused of inhumanely slaughtering coyotes and geese to use their fur for its parka coats.

Chants of “Blood, blood, blood on your hands” could be heard from as far as Oxford Circus.

The protesters hope that their activism will close the store down and eventually lead to the demise of Canada Goose worldwide.

The Metropolitan Police Service were in attendance and metal barriers were set up to prevent overcrowding on the paths for Christmas shoppers.

Not all passers-by were impressed by the activists’ actions, with one man shouting out: “It’s Remembrance Day. Today is not about fur.”

Similar protests are planned to take place every Saturday until the activists get the result they are after.

Earlier this month, footage emerged of what PETA claim is the last few moments of life for a coyote before being killed for its fur.

The video shows the coyote, injured from animal trapping methods, being shot.

The brand defends its use of real animal fur for products.

On Facebook, Canada Goose posted: “While we use fur in only about one third of the products we manufacture, we use it because our promise is to make the warmest jackets on earth – it’s used for function, not fashion.”

Canada Goose is a Canadian manufacturer that, up until the last year, was sold through wholesalers. The Regent Street store is its first branch in Europe and the company has plans to open 15 more internationally by 2020.