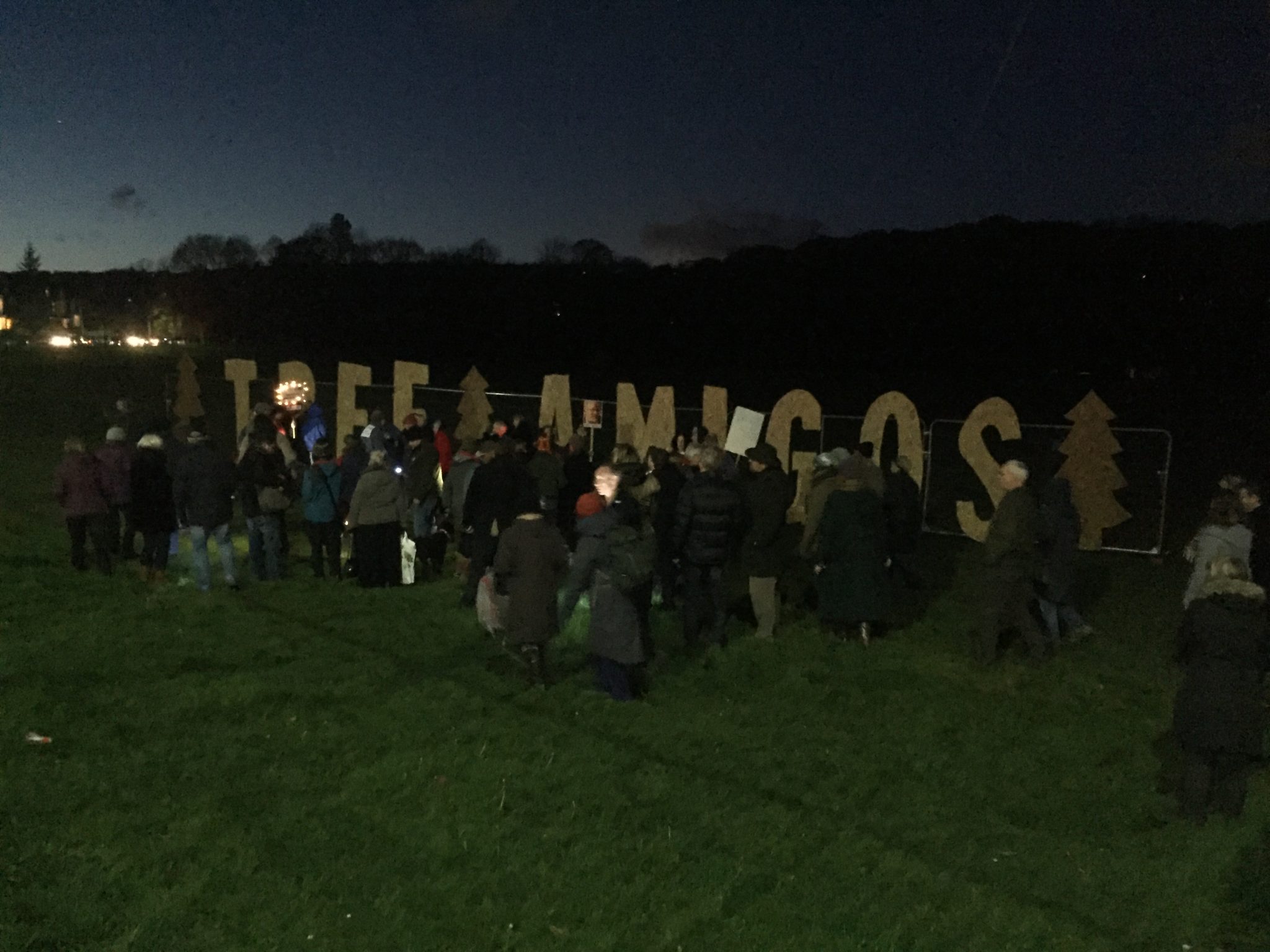 Over one hundred people marched last Friday for the one-year anniversary of the Rustlings Road tree fellings in Sheffield.

Supporters of all ages came together in a candlelit walk, starting at 203 Rustlings Road and ending in Endcliffe Park, led by Sheffield Tree Action Group (STAG) and Alison Teal.

The protest was in memory of the seven lime trees cut down in the very early hours of last 17 November in a secret, month-long plan conducted by Sheffield City Council and Amey that saw three people arrested.

One local resident, Dave, almost broke into tears reading out a statement about one of the felled trees called Delilah, which said: “You were special. I’ll never forget listening to the buzzing of a thousand bees whilst gazing up into your flower filled canopy.”

The leader of STAG, Professor Chris Rust, said: “Whatever happens, we are not going away, these things have a habit of coming home to roost don’t they. If it takes a year, if it takes twenty years, the truth will come out, and they will be ashamed of what they have done.”

Natalie Bennet, Ex-Leader of the Green Party, added that: “We all know there is an air pollution problem in Sheffield, it’s on the front page of The Star practically every week, and yet we are cutting down the trees that help deal with the air pollution.”

The Rustlings Road trees were removed as part of the Streets Ahead Contract; a scheme introduced by the Council in 2012 to improve Sheffield’s roads and pavements.

Only trees which are dead, dying, diseased, dangerous, damaging footpaths, private property, roads or blocking pavements are chopped down according to the Council’s website.

Since the event last year, Sheffield City Council have renovated Rustlings Road, and replaced the missing trees with new ones.