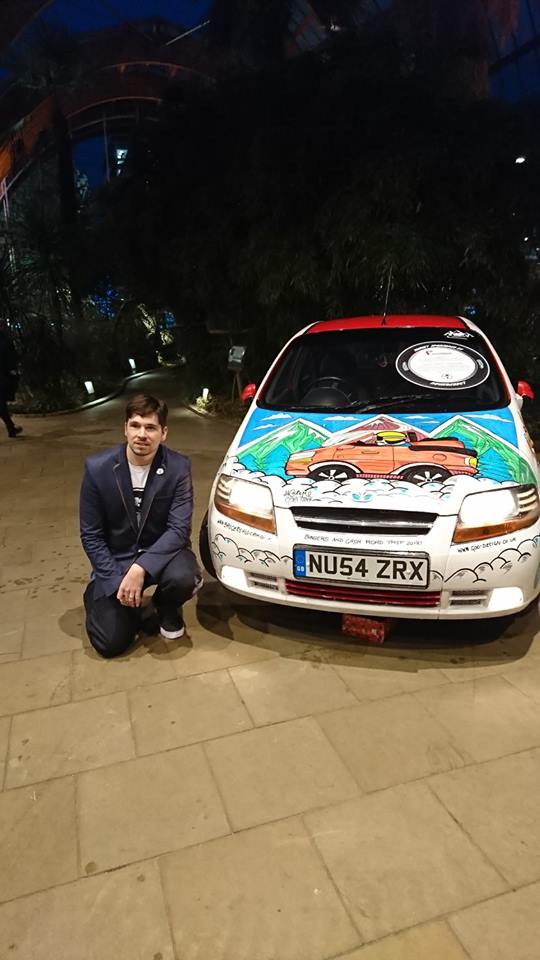 Teams are gearing up to travel across Europe in old bangers to raise money for the charity Roundabout which tackles homelessness.

The Bangers and Cash fundraiser involves businesses sponsoring a team of three to travel more than 1200 miles from Sheffield to Monaco in a car bought for less than £650.

The journey begins on 21st September with the participants travelling for four days through Belgium, Luxemburg, France, Switzerland, Italy and finally Monaco. Once the cars have returned to Sheffield, the car bonnets will be auctioned off with all proceedings going to Roundabout.

Mr Cockayne, said: “I wanted to create an event for not only myself but for fellow artist to be involved and the public of Sheffield to enjoy. I aim to help raise a lot of money for the charity and have lots of fun along the way and give you all a Sheffield art exhibition that you will never forget. I for one can’t wait to lead the convey out of Sheffield in September”.

The fundraiser is in collaboration with the charity Roundabout which provides support and shelter for people aged 16-24 who are homeless or are at risk of becoming homeless.

Ben Keegan, Chief Executive at Roundabout, said: “We’re really excited about Bangers and Cash as it’s an incredible opportunity for Roundabout to raise vital funds but also increase awareness of youth homelessness which continues to be prevalent in our city”.

Local artists and illustrators have been invited to submit car bonnet designs which the teams will choose to display. Illustrator, Lisa Maltby was invited to create a prototype design to inspire individuals.

Ms Maltby said: “I was honoured to be asked to create the first bonnet in order to promote the project. It’s really different to most of my other work and so it’s good to get back to doing something really hands on and at a much larger scale. With the project being such a crazy and fun idea and also knowing it would be supporting a local charity, it was a no brainer to get involved.”

One business has signed up so far and the project is aiming for 40 participants. This is in recognition of Roundabout’s 40th anniversary which was celebrated last year.

If you are a local business that would like to get involved, you can visit the Bangers and Cash website for more details.