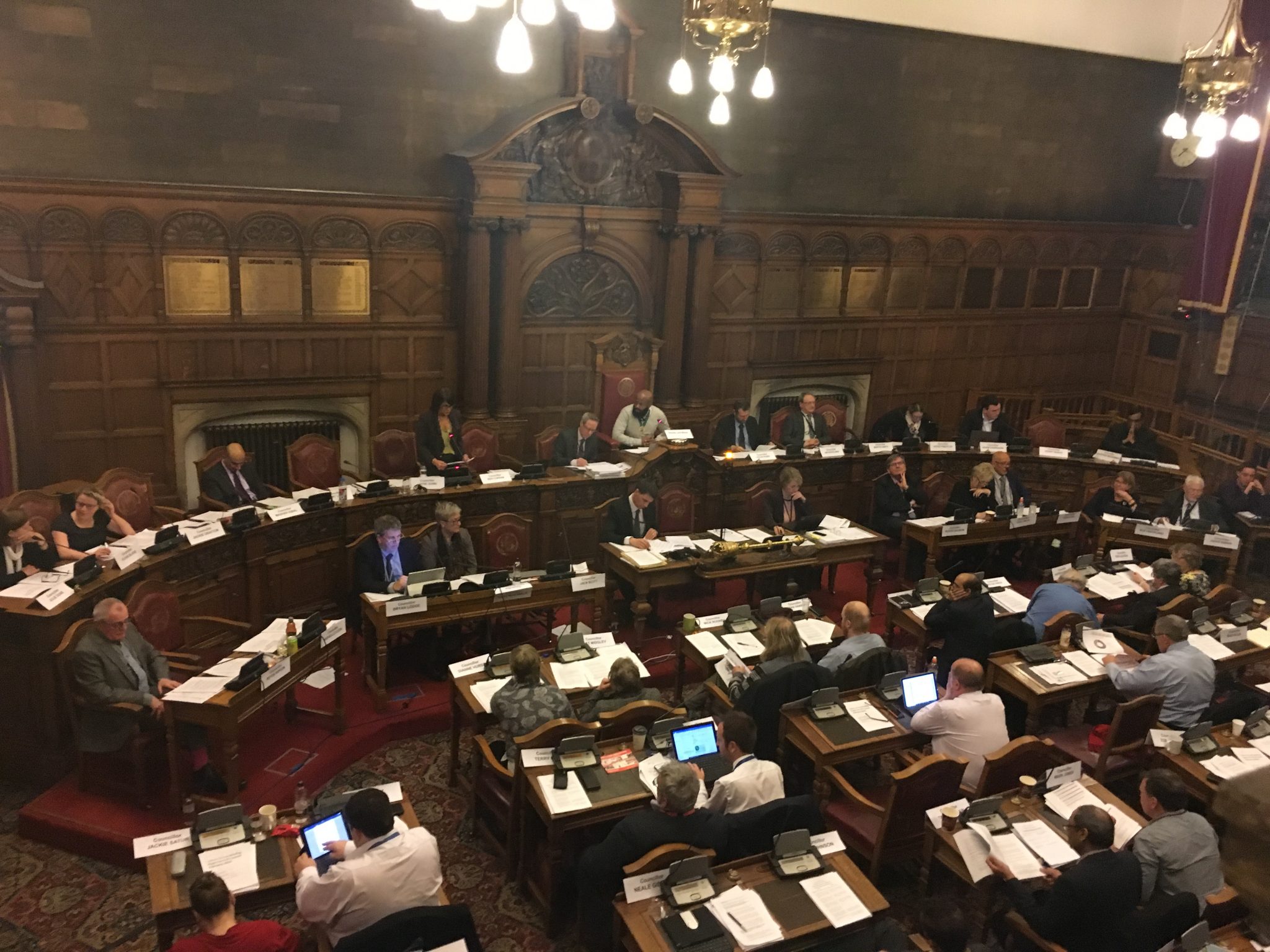 Death threats and abuse have been hurled at councillors from tree protestors, a full council meeting heard last night after 20 activists stormed the town hall.

Although last night’s protest was peaceful – the protestors were told that terrible abuse had been inflicted onto councillors including death threats and abuse of women.

The peaceful protesters arrived at 4:30pm and they did not leave until 1:30am.

Chris Rust, a member of Sheffield Tree’s Action Group, who attended the protest last night said: “A few of us thought that it would be good idea, there was clearly going to be some contentious questions and we knew the answer wouldn’t be good so we thought we would do a protest. Somebody brought a banner along and then when the chamber was empty we made our way down and somebody opened the door so we stayed.”

Members of the group were demanding to see the £2.2billion 25-year contract between Sheffield City Council and Amey, the private contractor carrying out the tree fellings.

Mr Rust said: “In the short term we know we aren’t going to get the answers we want; the council have no ideas how to deal with this but the more pressure we can put on the more likely we can get change from somewhere.

The important thing about lasts night event was a good opportunity to show connection between local tree felling problem and national problems about PFI contracts.”

Councillors looked onto the public gallery with frustration as the activists constantly disrupted the proceedings.

Councillor Bryan Lodge said last night that he has received many threats and abuse from tree protestors.

I think it’s wrong and I will repeat what I said earlier, I hope everybody in this chamber will decry such behaviour. We are all councillors that come to do the job for the city. We may be of different political persuasion. We may have differences and arguments but none of us, none of us, deserve abuse.”

Councillor Julie Dore added: “I have said on many occasions in this chamber and throughout my life because I have been part and have contributed to peaceful protests on many occasions and I welcome anyone who choses their right to peacefully protest against a worthy cause. I am sure everyone in this chamber will join me in that support for peaceful protest.

But there was one occasion when inappropriate and unacceptable language was used on social media particularly regarding abuse of women… I do not accept it myself and I will not tolerate it.”