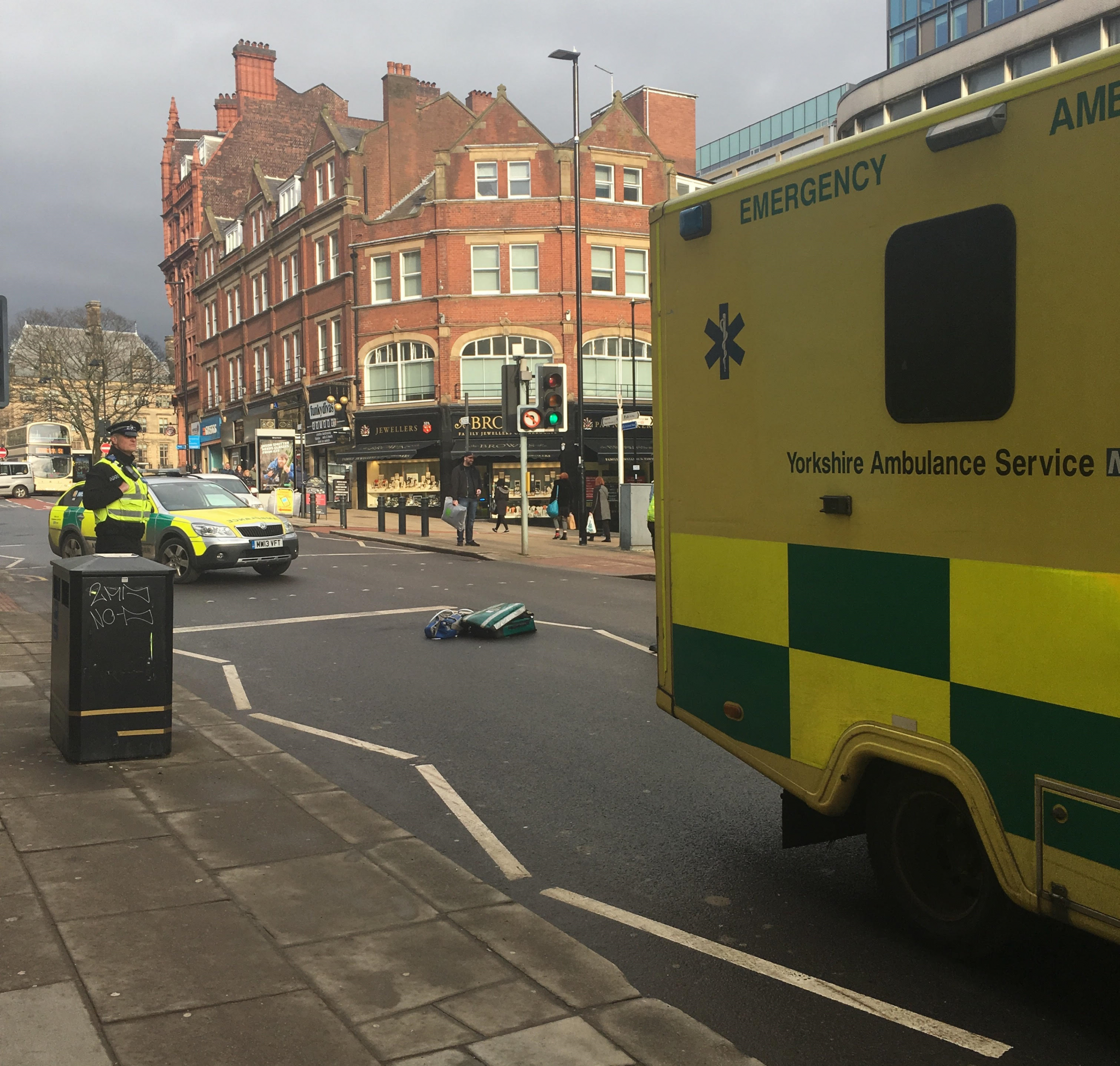 At around 2:30pm, an elderly lady fell off the curb in to the middle of Pinstone Street.

The road was partially blocked as police and ambulance rushed to the scene.

Police Community Support Officer 8052, said: ‘An elderly lady has fallen off of the curb and injured herself and is being transferred to the hospital.’

Paramedics treated the lady in the ambulance whilst at the scene.

Sarah-Louise Kelsey, a witness, said: ‘We were just walking down to the Moor when we saw the ambulance wrapping the elderly women in to a blanket, they put her on to a stretcher and carted her in to the ambulance. There were about three or four family members looking quite concerned.’

Police are yet to issue an official report of the incident.