Lecturers at University of Sheffield strike over £10,000 reduction on their pensions 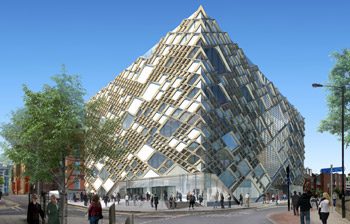 Students in Sheffield have been told that their lecturers are about to go out on strike for up to four weeks.

Strikes at the University of Sheffield will last for  4 teaching days starting from Thursday 22 February with a five-day walkout either side of a weekend.

It will them be followed by four days of strikes from Monday 5 March to Thursday 8 March and a five-day walkout in the following week.

Talks over the future of the University Superannuation Scheme (USS) ended in January without an agreement between representatives from University and College Union (UCIU) and Universities UK (UUK).

The proposals to end the defined benefit element of the USS pension scheme will lead to a reduction of £10,000 annually in retirement than under the current setup., according to the union.

Sally Hunt, UCU General Secretary said: ” Staff who have delivered the international excellence university boast are understandably angry at efforts to slash their pensions. They feel let down by vice-chancellors who seem to care more about defending their own pay and perks than the rights of their staff.”

UCU has written to the 61 universities to inform them of an escalating wave of the strikes over a four-week period.

The recent strike ballot showed that 88% of UCU members who voted supported the strike action and 93% backed action short of a strike.

The situation in the University of Sheffield is quite similar: among the staffs who have voted in the strike ballot, 89% voted to back the strike action and 93% supported action short of a strike.

Dr. Sam Marsh, Communications Officer for Sheffield UCU and University Teacher in the school of Mathematics and Statistics said: ” Our members have voted overwhelmingly in favour of strike action as a result of proposed changes to their pension scheme which would see them facing a hugely uncertain retirement. The last thing we want to do is disrupt students’ education.”

The Students’ Union of the University of Sheffield has been generally supportive for the strike. UCU Sheffield has urged students to get behind the campaign and defend education from the “priorities that come with competition and marketisation”.

Apart from having the teachers walk out at the end of this month, Shemina Davis, Media Relations Manager at the University of Sheffield said: “We are encouraging the employer and trade union/UCU representatives to return to the table and commit to talks beyond the current timetable to enable all involved to try to seek a way forward which works for all parties.

For students who will be influenced by the upcoming strike, practicable methods are to be made to limit the impacts to the minimum.

Prof. Wyn Morgan, Vice-Professor for Education, sent out an announcement to the students today to confirm the upcoming strike. He stated, “We understand that this may be a difficult period for you, but we will continue to work to ensure that the impact of this action on your studies is minimal.”

Sheffield Hallam University is not among the 61 universities to strike, but UCU Hallam did show support to the upcoming strike.