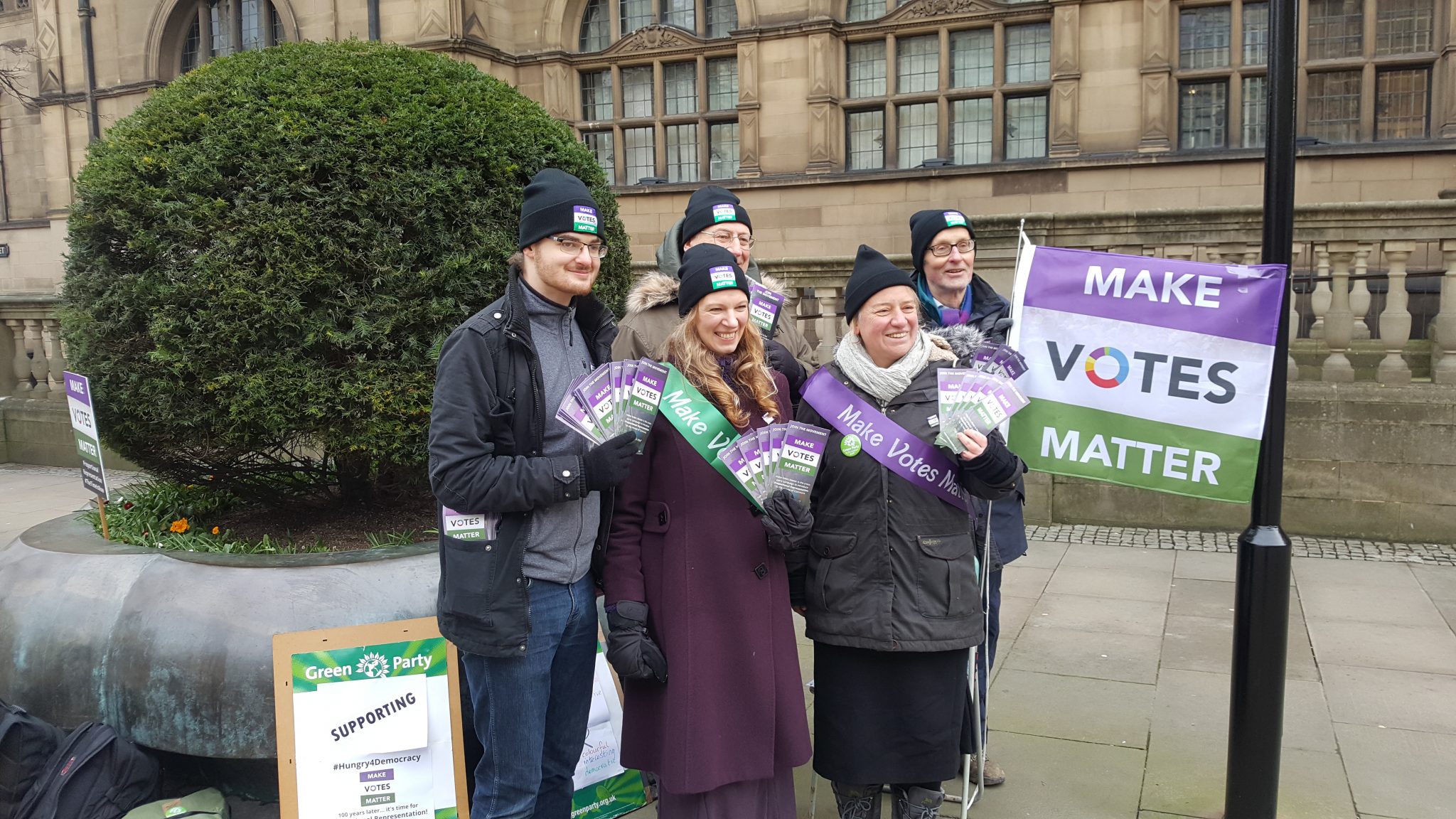 Demonstrators at the Vigil

Former Green Party leader Natalie Bennett has said now is the time to change the voting system used in the UK.

The current voting system used in the UK is the First Past the Post method, but Ms Bennett feels that proportional representation should be introduced.

A study conducted in 2017 showed that 61% of the general public would prefer to see proportional representation as the voting method used in the UK.

Ms Bennett said: “Now is definitely the time for us to become a democracy and have a fair voting system where the number of seats matches the number of votes.

“We’re saying that everyone’s vote should count and we need a proportional and fair voting system.”

Her comments came from a demonstration outside Sheffield City Town Hall, where demonstrators, including Ms Bennett, took part in a 24 hour long fast.

The vigil, called ‘Hungry for Democracy’, paid tribute to Suffragettes who went on hunger strike in their campaign to give women the right to vote.

Ms Bennett added: “The Suffragettes and many other political movements around the world have used tactics such as abstaining from food.

“That is what we are doing and this is a homage to Suffragettes who suffered the likes of force feeding under the government regime.”

Another campaigner at the demonstration, Jack Carrington, 26, from Sheffield, said: “We are doing a 24 hour fast to bring attention to the fact that our votes don’t yet count.

“We are taking a leaf out of the Suffragettes book.”

Tuesday 6th February 2018 marked 100 years of the Representation of People Act being passed, ensuring that women had the right to vote.