A young musician from Sheffield who was sectioned for nine months due to mental illness has thrown his weight behind a local music event.

Jack Hardwick, 20, frontman of Sheffield band Cora Pearl who are playing at the event, overcame mental health struggle and explained that he is so happy to be playing the event.

Mr Hardwick said “It’s so difficult for men to talk about mental health and MIND have done some incredible work with me in the past and I am incredibly grateful to them.”

Of Music and Mind will take place at 5:30pm today and will feature music from some of Sheffield’s local unsigned talent.

The evening aims to raise money for the mental health charity MIND in order to raise awareness for mental illness within Sheffield.

Emilia Tyrone, 23, event organiser, explained that the inspiration for the event came from watching videos of Stephen Fry explaining that suicide is the greatest killer of young men in the UK.

Miss Tyrone said “We really wanted to do something around music to raise money for MIND because of how influential music can be within people’s lives.”

A website has been set up for the event and will continue to post blogs, music and videos about mental health awareness after the event. 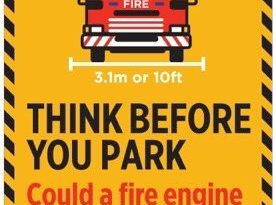