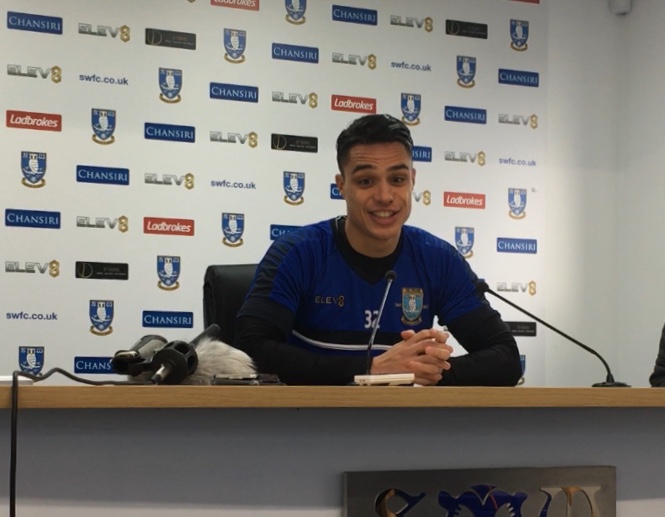 Sheffield Wednesday midfielder Joel Pelupessy is looking forward to the Owls’ Yorkshire derby against Barnsley at Oakwell on Saturday afternoon.

The 24-year-old joined the club only a matter of weeks ago but has already settled in at his new club.

He said: “I have settled good. I am very happy and it is a big difference between the Netherlands and here so I think it is good for my development. It has been a good three weeks.”

Jos Luhukay convinced the midfielder to move to Hillsborough in the January transfer window and has thrown him straight into regular first team action.

Pelupessy revealed that this has filled him with confidence: “It gives me a lot of confidence. The manager told me that he has a lot of confidence in me and I did not expect that I would have to play three games. I think that is only a positive thing.”

Despite a lot of concern surrounding the club’s recent form, Pelupessy believes they will improve and does not think they are in a relegation battle.

He said: “We have to win some games. This Saturday we play against Barnsley and I think the difference is six points so if we win some games like that then we can look a little bit upwards.”

He added: “The atmosphere is really good. My teammates are helping me every day especially the Dutch guys.”

The midfielder does have previous experience in derby matches having played for Heracles Almelo against fierce rivals FC Twente and he believes this can help him on Saturday afternoon.

He said: “It is so important for the fans and the club. If you lose that game, you are more disappointed than normal. I like these games, the fans are crazy.”

He described his style of play as aggressive and feels that it will be important to win the battle against Barnsley if they are to return to Sheffield with all three points.

Pelupessy will be hoping that he can become a fan favourite by producing a match-winning performance.