The importance of education in the fight to #EndFGM 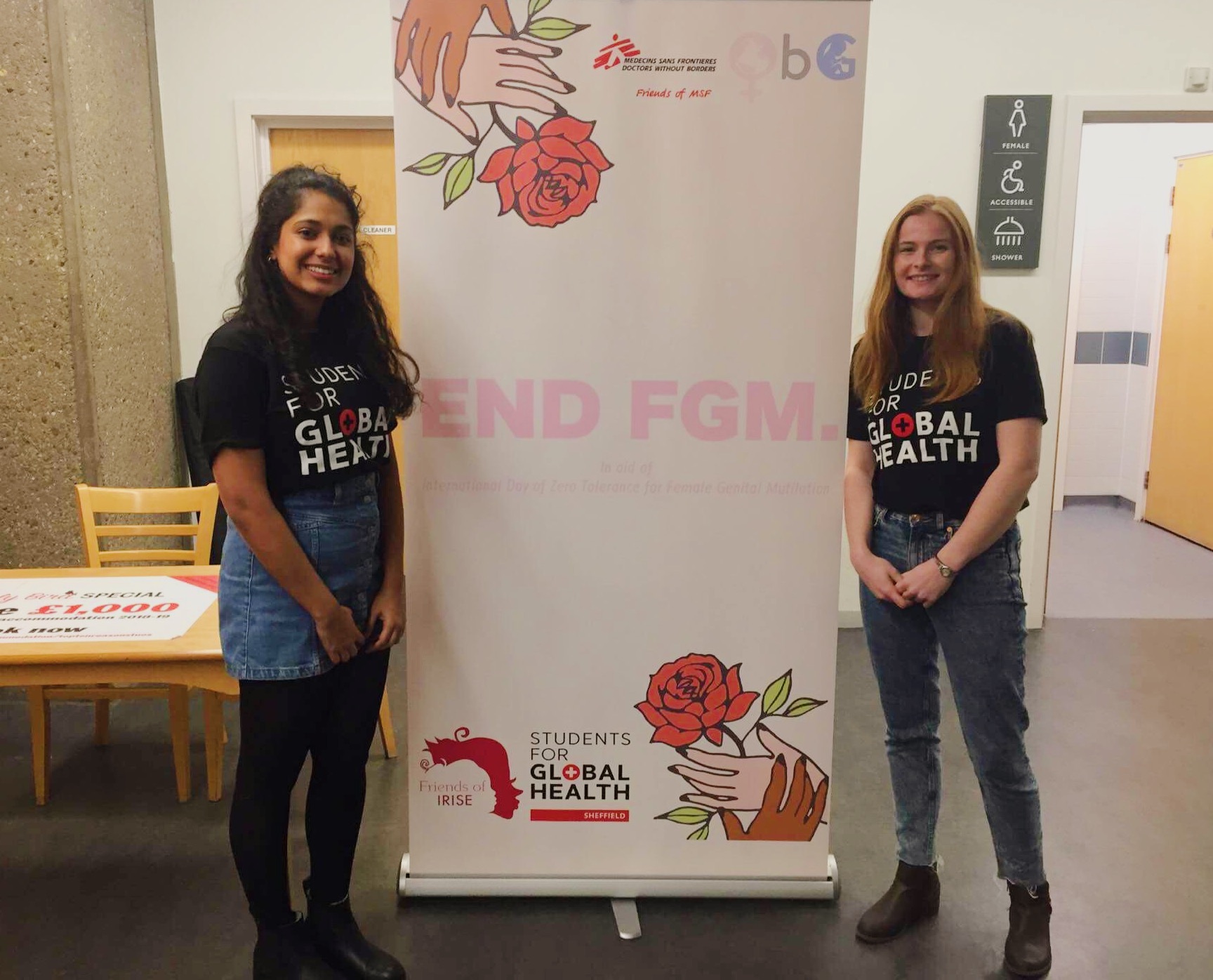 This week marks the United Nations’ #EndFGM movement and campaign groups across Sheffield have joined forces in the hope of shedding light upon this global issue.

Statistics from the World Health Organisation show that nearly 200 million girls and women alive today have undergone Female Genital Mutilation, with around 137,000 of these females affected being in England and Wales alone.

Though to the majority of the western world FGM seems to be nothing more than an abhorrant, detrimental practice, it is still deeply rooted in many cultures.

Organisations working to eradicate FGM, such as Forward UK, say that those working to tackle the issue must first understand its cultural significance.

This weeks push to educate Sheffield on FGM stems from the idea that, if campaigners are to encroach upon these cultures without a clear understanding of their practices, any advice will fall on deaf ears.

It is because of this that Friends of IRISE, Students for Global Health, Obstetrics and Gynaecology Society and Friends of MSF have collaborated this week to create a cohesive programme of events to educate the people of Sheffield on the topic of Female Genital Mutilation.

Last night, Students for Global Health held an interactive workshop which explored how western cultures can strive to better understand the practice of FGM in order to find the best solutions.

The workshop was received well with approximately 50 tickets sold.

One attendee Lydia Price, 20, said, “FGM is something that I’d heard a little bit about, I’ve watched a documentary on it before but I felt like I didn’t really know a lot. I’m really glad that I came today it was very informative and the people who spoke gave a deep insight into why it’s happening.”

Natalie Vujasin, the events and publicity officer of The University of Sheffield Feminist Society, said, “Although at times it can seem tricky to understand how we can help such a large scale issue, as long as we all try our hardest to be open and inclusive to issues that affect woman globally and involve ourselves in such conversations, we are moving in the right direction and hopefully to a world free of FGM”

Female Genital Mutilation Week concludes tonight with the final event being a screening of the documentary, Jaha’s Promise.

The documentary focuses on the story of Jaha, a woman who was subject to FGM when she was just a week old, and follows her campaign to end the ancient practice in her home country, Gambia.

Although the FGM Awareness Week is coming to a close, the topic of FGM is more alive than ever and the journey to end the practice is fast gaining momentum.