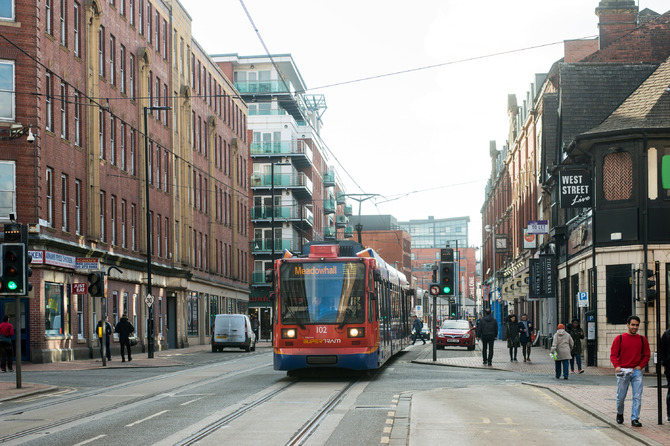 Safety issues are the major factor which prevent people from visiting the West Street and Devonshire Green area in Sheffield, according to a survey recently released by the Council.

Results show that only half of the residents across Sheffield were satisfied with their visit to these areas.

Nearly the same number strongly agreed that they preferred visiting the area before 5pm, at the weekend. Fewer thought the same from 5pm to 11pm and the number immediately dropped to 22 per cent after 11pm.

Theresa Fletcher, a mother of two children, said: “I wouldn’t want to go to West Street especially at midnight because I always feel unsafe and insecure when walking around here.

“There are drunk people everywhere and I can always hear people arguing and shouting outside my house, which really frighten me and my children.

“West Street should have stronger police presence to solve such safety issue which frequently occurred at the weekend.”

The online survey, that was completed by 800 people, was a part of an exercise in gathering evidence to improve the area.

Approximately 90 per cent wanted to see more boutiques and independent shops whilst 75 per cent asked for more high quality restaurants.

Lydia Ye, an international student who lives near the area, said: “I think there are enough restaurants and independent shops in West Street so having more of them is really not the thing I am interested in right now.

“There are lots of homeless here who keep coming to ask for money. This sometimes make me feel uncomfortable. But I understand them as they do need special care since the weather is becoming more and more cold recently.

“I think their life situation will be better if the City Council can take more action to support them.”

Councillor Bryan Lodge, Cabinet Member for Environment and Streetscene said: “We are really grateful to those of you who took the time to let us know your views.

“We will be sharing these findings with our colleagues in the council who are responsible for tackling the social issues this survey has identified as needing further work.”

Diretor of the Public Health, Greg Fell added:” West Street and Devonshire Green are well represented in the city’s Best Bar None scheme for responsible alcohol retailers and Sheffield as a whole has Purple Flag status for a safer night-time economy.

“Our response will be focusing on the health and welfare of people whose street behaviour may make visiting the area less pleasant.”