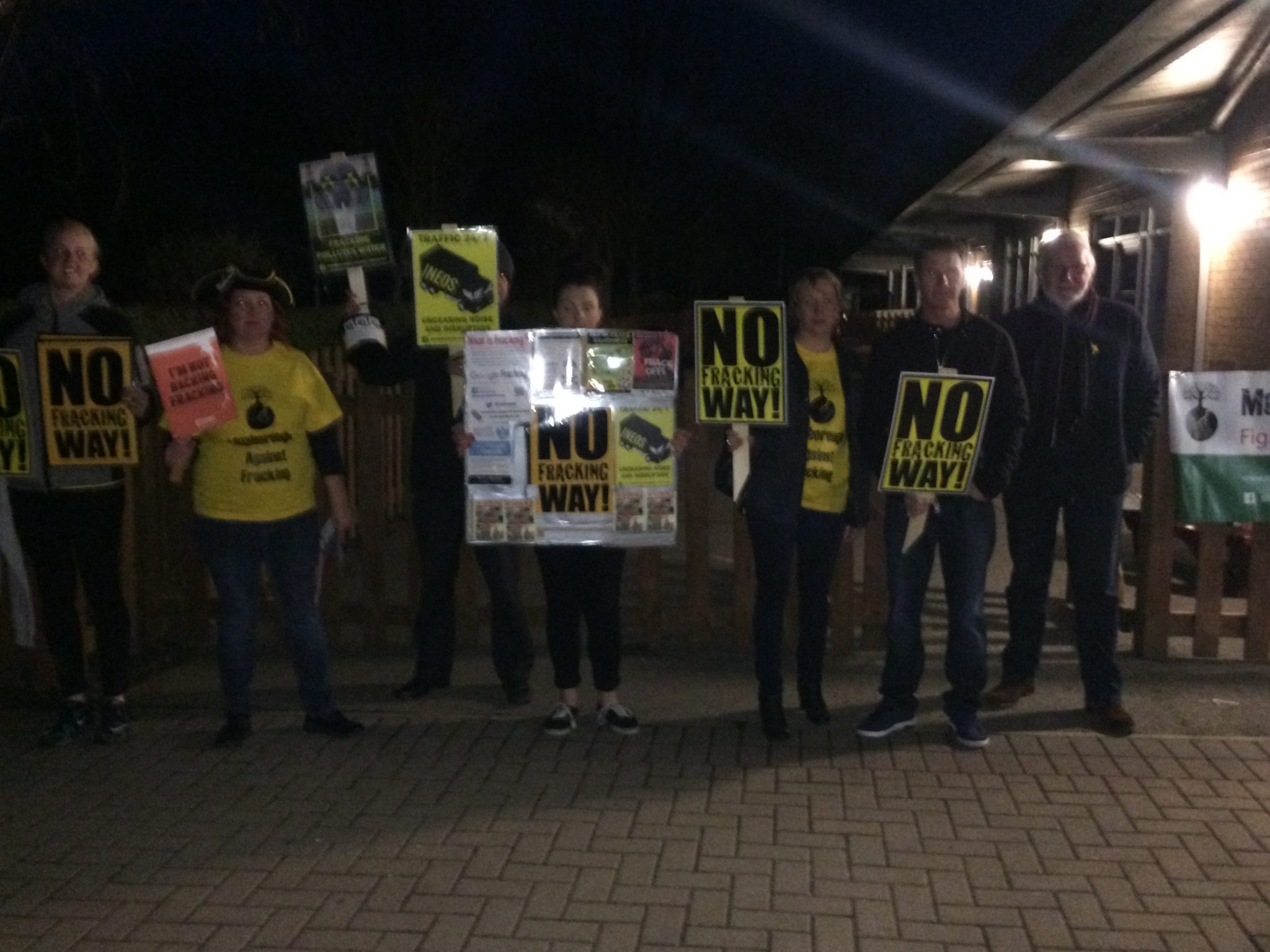 A Mosborough anti-fracking leader has voiced her delight that the chemical firm INEOS has been denied planning permission in the area – but has said that the fight continues.

The chemical giant wanted to survey land near Eckington, to test its suitability for fracking operations.

But on 5 February, planning committee members at Derbyshire County Council voted by a nine to one majority to deny them planning permission.

Campaigning against INEOS all the way was Jane Finney, who runs action group Mosborough Against Fracking with her husband Alan.

Mrs Finney was among over 150 people at County Hall in Matlock on the day of the vote.

She said: “Watching the council vote against INEOS was like watching a house of cards fall down.

“It was a fantastic feeling.”

Since INEOS announced their application in May last year, the Finneys, of Duke Street in Mosborough, have organised several protest demonstrations.

This contributed to over 4000 letters of objection being sent to the county council.

“It has been a successful campaign, with six pop up events in the same village over the summer.

“Wherever INEOS have gone in the local area, we have set up to tell people about the negatives of fracking.” Mrs Finney said.

In a public meeting last March, INEOS insisted that none of their operations would harm the local area, as they would merely be carrying out seismic testing for the presence of shale gas.

The decision will now be decided by an appeal, with a public enquiry starting on 19 June.

Derbyshire County Council will present their position to the planning inspector, who will decide whether or not planning permission should be granted.

And Mrs Finney said that her and her husband will continue to campaign against fracking in the area.

“We have no choice but to carry on,” she said, “We have everything to lose. The battle continues, and there is a long, hard fight ahead.”