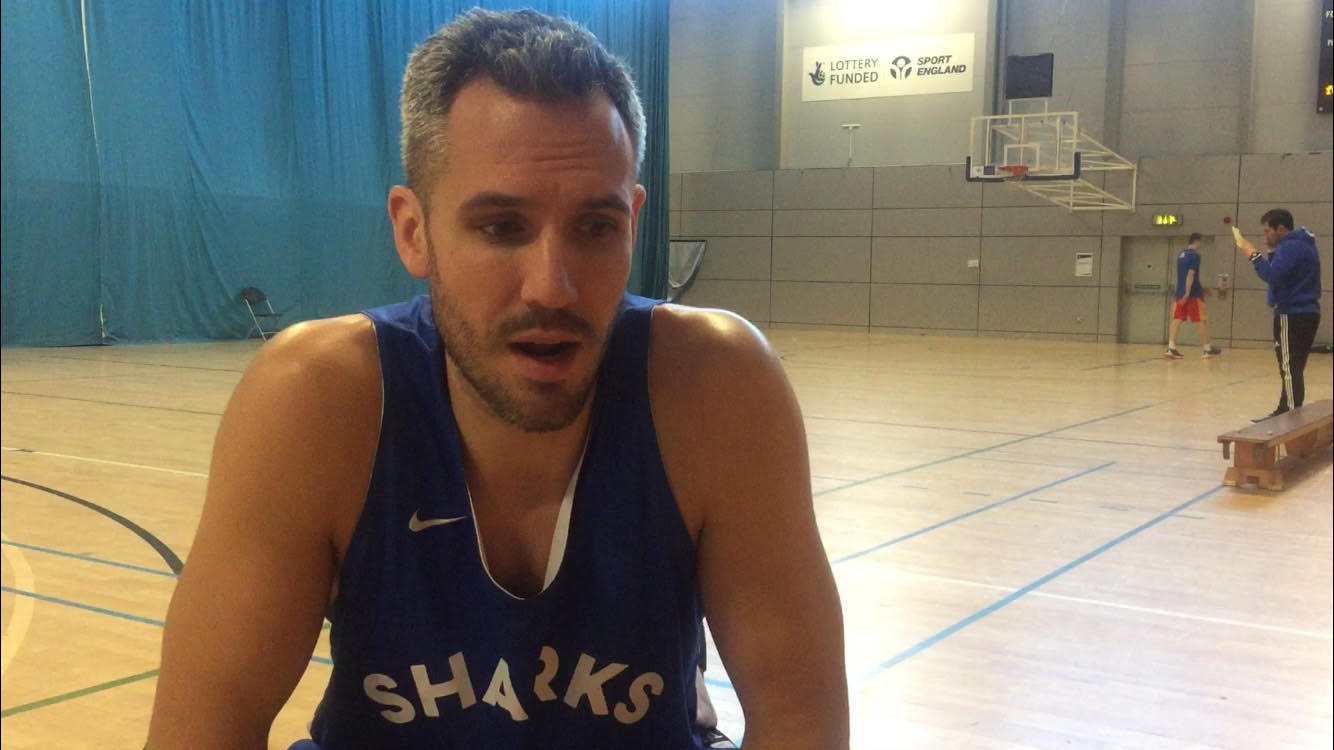 Sheffield Sharks created history this week after triumphing 161-152 on aggregate over the Worcester Wolves in the BBL Trophy semi-final.

With the tie balanced at 86-86 from the first leg in Worcester, The Sharks turned on the style in the second, and with a score of 75-66 they booked their place in March’s Trophy Final in Glasgow.

Sharks captain Mike Tuck spoke to ShefNews. He said: “I mean it’s huge achievement for the club. I myself personally, the last time we were in a final was 2013 and we won it so, yeh it’s a big achievement but it was a hard road to get there, especially against Worcester in the semi-final in that two legged tie.”

“I’ve played pretty well this season. I had a slow start to injury but I’m turning a corner now and I thought I had a really great semi-final in order to get us to the final stage.”

It’s only the third time in the club’s 23-year history that it has reached the final, with their last appearance occurring in 2013 when The Sharks narrowly edged the Leicester Riders 71-69 to claim the title for the first time since 1998.

Tuck has now spent eight years in Sheffield and realises his responsibility as captain of the side.

“With me as a leader I’ve got to make sure that all the boys are on point and we also have to realise that this isn’t any old game and makes sure that their mind-set is good for the final. I’m going there with a positive attitude.”

The Wolves were ahead of their opponents by two points in the league going into the second-leg of the semi-final, but with seven-foot star man Dallin Bachynski out for the fifth game in the row, the Sharks sensed an opportunity.

#GAMEDAY: DBL Sharks v @BBLWolves in the 2nd leg of the @BBLofficial Trophy Semi Final today at 4:00pm at the @eissheff.
Tickets available on the door! 🎟#FearTheFin 🏀🦈 pic.twitter.com/FeZBwV0Tic

It didn’t take long for the home side to make an impact. With tremendous intensity to their passing Sheffield had waltzed to a 14-4 lead, and although Worcester pulled the score back to 14-13, another burst of scoring once again extended that advantage.

With a 47-31 lead at half-time the two head coaches, Sharks’ Atiba Lyons and Wolves’ Paul James, looked to slightly alter the tactics in an attempt to make a difference to the result in the second half.

The turnout of away, supporters were expecting fight from their team and as the gap closed again, this time to just seven at 60-53, there was a sense of an unlikely and improbable comeback.

Yet the power of Sharks’ guard duo Chris Alexander and Edgar McKnight overpowered Worcester’s defence, and in the end it was enough to reach the final in Glasgow.

They will now play either the London Lions or Leicester Riders.