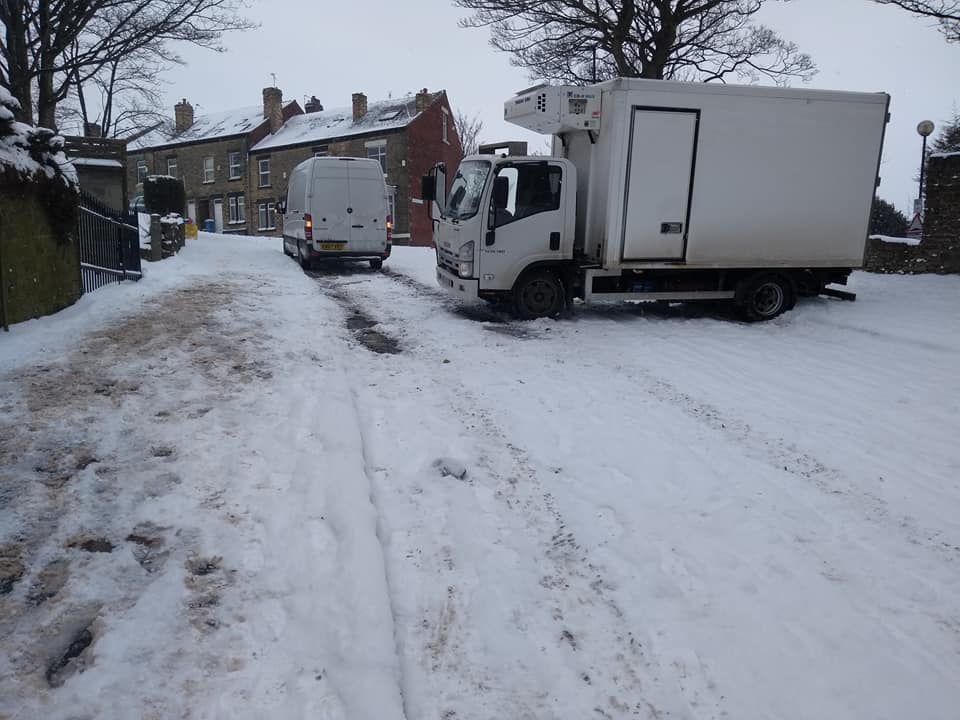 People in Sheffield have taken to social media to accuse Amey PLC of gritting roads to fell trees instead of prioritising safety on roads.

The council have stated that certain roads are of more priority than others, such as roads that link Sheffield to other cities and major motorways, bus routes, link roads, roads where key public service facilities are located, and rural routes.

But, people complained on Twitter that Amey have been gritting roads where they’re carrying out their work on felling trees.

A spokesperson for Amey PLC said: “We carry out all manner of work in all weathers to maintain Sheffield’s highways, even during the snow when we can and it is safe to do so. As you would expect, during snow periods we need to take steps to make our work areas safe.”

The work is being carried out by Amey as part of its Streets Ahead contract. The contact is run on behalf of Sheffield City Council and it’s working to reduce the risk of snow and ice forming on the highway.

Something wrong with this picture road cleared for tree felling by AMEY FOR AMEY. Ambulance with patient been rescued by volunteer mountain rescue as road not treated. @sccstreetsahead @SheffLabour @andyksheffield @BBCSheffield #SaveSheffTrees pic.twitter.com/ifDf1vAxcb

Yesterday, people in Nether Edge found Thornsett Road was being gritted. Despite the fact it has not been labelled as a priority road.

However, Twitter user @KaarinaHollo claimed that Heavygate Road, a priority road, had not been gritted since the snow began.

To see more of the map and what maps are to be gritted, go to: https://maps.sheffield.gov.uk/LocalViewExt/Sites/GrittingRoutes/

Earlier this week it was revealed that MAST workers – Multi Agency Support Teams, vital highly trained professionals who work with children and families – were being asked to go to sites were trees were going to be felled to talk to protestors.

Sheffield citizens have shown their commitment and dedication to the protest against Amey’s tree-felling by using the snow to create sculptures around trees that are expected to be felled.

Amey PLC have been contacted and provided a response: “We carry out all manner of work in all weathers to maintain Sheffield’s highways, even during the snow when we can and it is safe to do so. As you would expect, during snow periods we need to take steps to make our work areas safe.”

Leah’s Yard has been earmarked for development as part of the Heart of the City II project.

‘It has been a nightmare’ Parent excited for schools to reopen