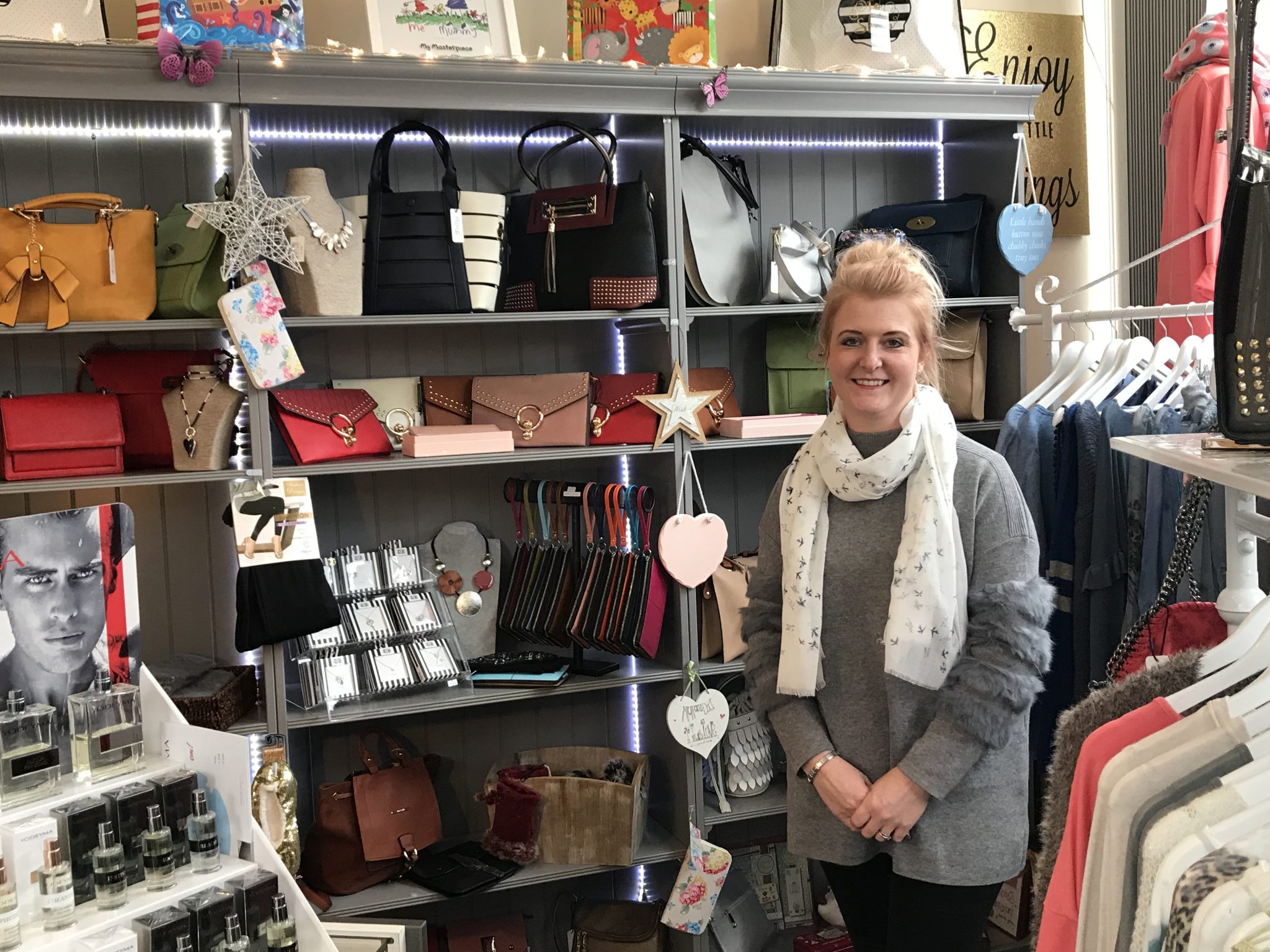 A local shop owners life-long dream has finally become a reality, with her small business becoming a huge success despite financial difficulty.

Hayley Townsend, 35, from Derbyshire, opened Frilly’s Gifts in April 2015 as a general gift and card shop and is now approaching her third-year anniversary.

Opening a small time boutique store has always been her dream and she even gave up her full-time job of 14 years as a dental nurse.

Unfortunately for Mrs Townsend it hasn’t always been easy and it took her months to try and find the perfect location.

Mrs Townsend said: “I struggled on for a while, it felt like all I was doing was working but still struggling to get the money in to pay the bills. I was just keeping my head above water which put pressure on my home life, I couldn’t contribute as much as I needed to. My family have been my rock as its been such a massive gamble”.

Lynn Bywater, 60, said: “Sometimes it has been a steep learning curve for Hayley, but by making mistakes she’s learned from them. It is so difficult to juggle a family, home and business.”

Through trial and error Mrs Townsend has managed to turn the store around.

Things began looking up after she added a French and Italian clothing line which brought with it further custom.

Speaking of her new-found success, Mrs Townsend said: “From going from hardly anything, things have turned around rapidly, I now have a frequent customer base who are loyal and some have even become friends”.

Regular customer Abby Hayes, 55, of Wentworth Road said: “For shopping I always went to Meadowhall but everything is so generic, Frilly’s is a little bit different and more thoughtful”.

This week the shop has been re-painted, furniture has been moved and even more stock has been added including designer handbags ,jewellery and shoes are set to land in store later this month as the shop approaches its third year anniversary.

Mrs Townsend wanted to add: “It is definitely the best direction for the shop to take, I’m making a profit, the pressure has practically disappeared, I can pay things off and I’m finally comfortable, thank you to everyone who supports me”.