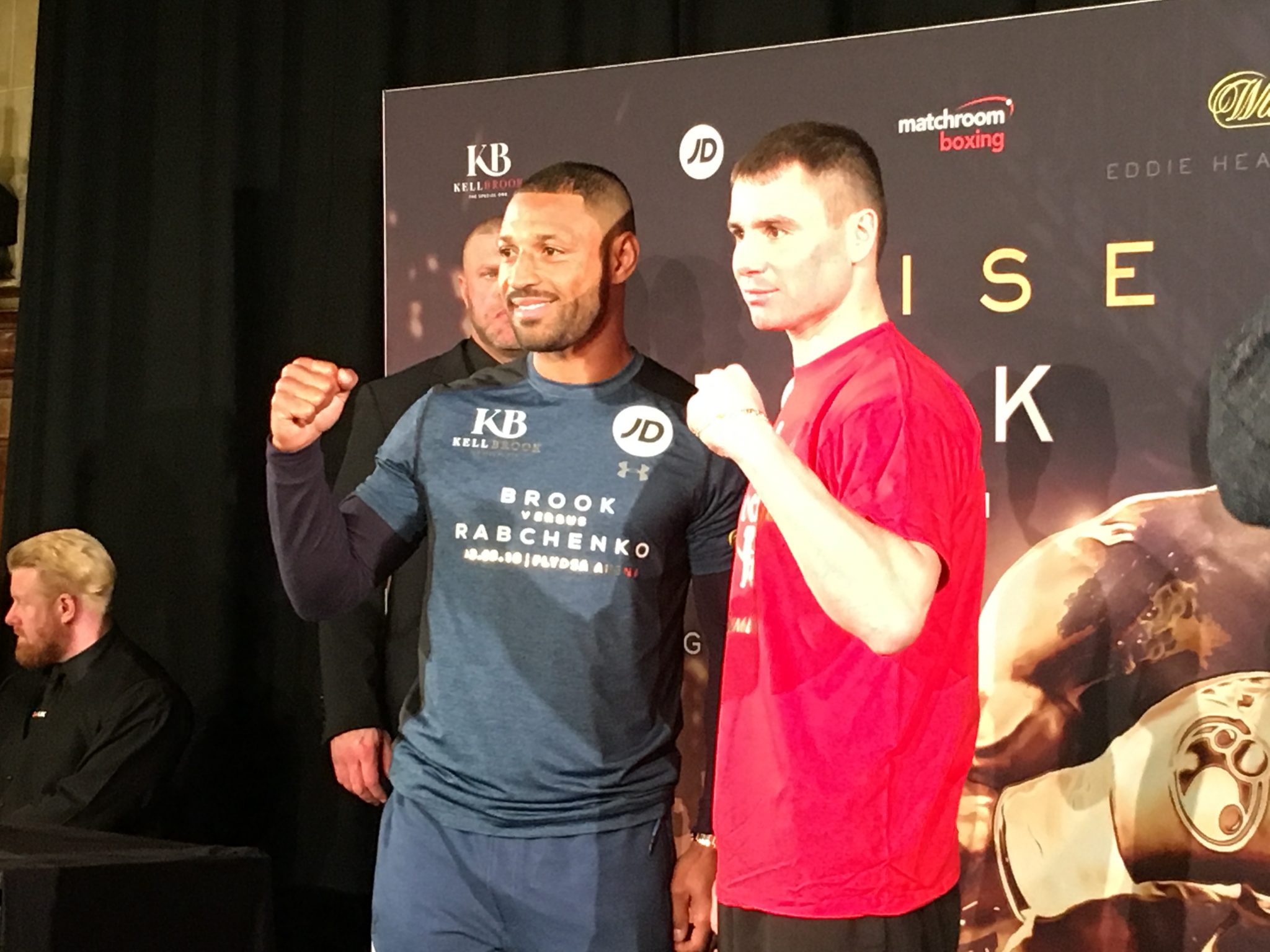 The ‘Beast from the East’ might have hit Sheffield this week, but Kell Brook is eager to make sure the wintery weather is the only storm from the East to hit the city this weekend.

Brook will make his comeback fight against Belarusian boxer Sergey Rabchenko at Sheffield Arena on Saturday, which will be the Sheffield’s boxer first fight since losing his IBF welterweight title to Errol Spence last May.

Speaking at the final press conference ahead of the fight, Brook insists he has not sought an easy comeback fight as he prepares to go head-to-head with Rabchenko.

“It is going to be very tough,” Brook said. “I have never seen him look this slim or in this shape so he has definitely trained very hard for this fight. He’s very strong and a very clever fighter.

“I picked him because I didn’t want an easy ride. I want to show everybody that I have still got it and I can still perform very high,” Brook added.

‘The Special One’ has overcome career-threatening eye injuries in back-to-back defeats, before stepping up to the super-welterweight for his fight against Rabchenko.

After 10 months out of the ring, Brook is pleased with his preparation and is not worried by his previous eye injuries.

“Training has been perfect,” Brook said. “I have not been ill once. I’ve been putting myself through it in training and sparring. Getting a few spars out of the way is always good. The first few spars, I was a bit worried about it [his eyes], but now I don’t even think about it.”

Rabchenko has fought in England before, including at Ponds Forge in Sheffield, and he is looking forward to being back.

“I’m really happy to be back in England for a really good fight,” Rabchenko said. “I’ve got big, big respect for Kell and Team Kell. But I’m ready for Saturday.”

When asked by Eddie Hearn, whether he was confident of the win, Rabchenko replied: “Why not?”.

Brook joked he was considering a battle with the Belarusian outside of the ring after the snow hit the city this week.

“I was considering having a snowball fight with Rabchenko, but because he is from Russia, I thought I would give it a miss.”

A win for the Yorkshireman would see Brook move one step closer to a world championship bout and his trainer, Dominic Ingle, believes the Sheffield fighter has still got what it takes.

“Both fighters are in a similar stage of their career where they have got to get this win to get back on track,” Ingle said. “It’s not an easy comeback fight for Kell Brook. But I have seen his strength and determination. He has definitely still got what it takes. He is in supreme shape and he seems to be rejuvenated.”