Millers game falls victim to the Beast from the East 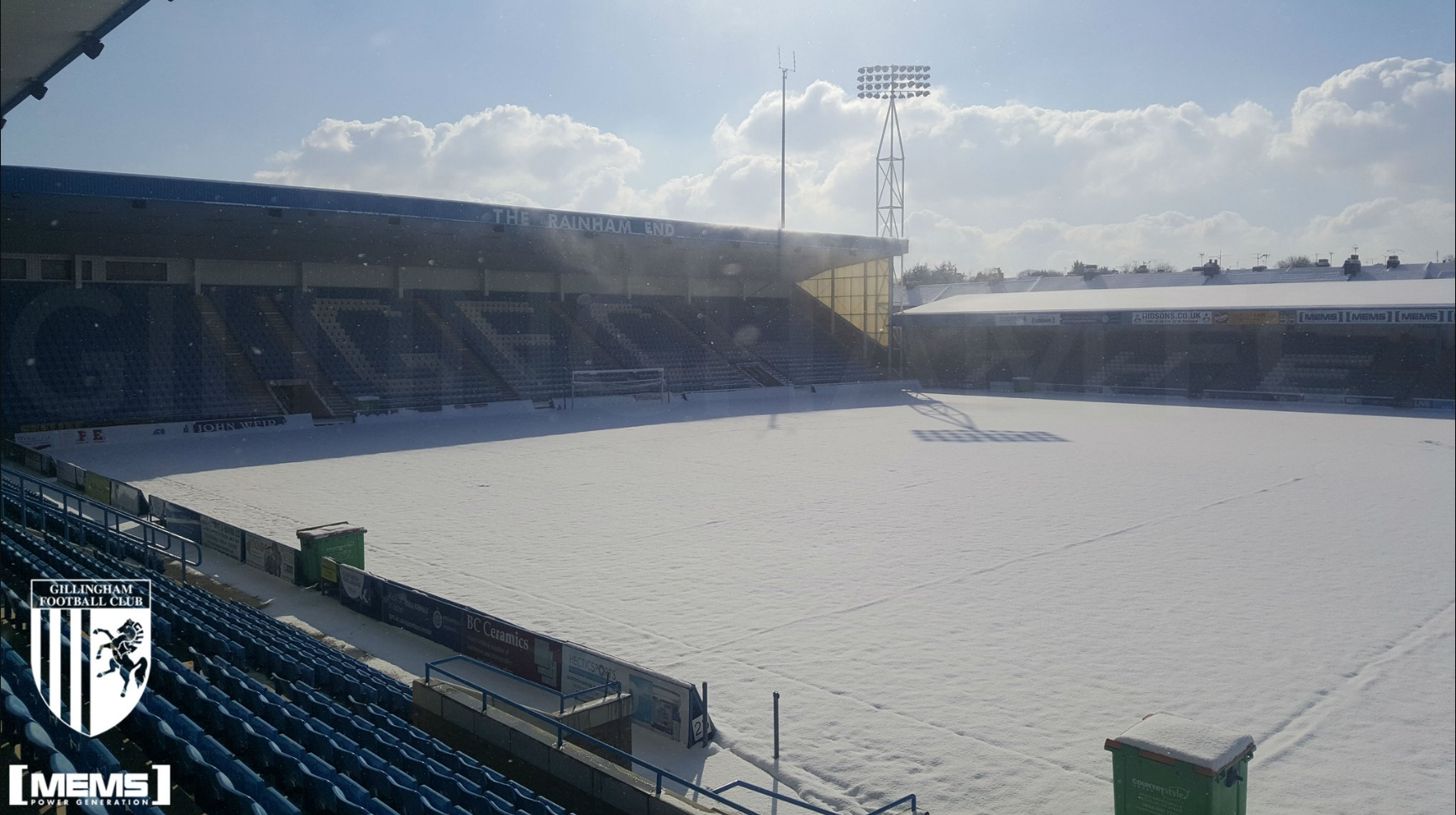 Rotherham United will remain unbeaten for yet another week in League One after their away fixture against Gillingham has been called off- over 48 hours before kick-off.

The south-east is among one of the worst hit areas of the UK due to the heavy snow and sub-zero temperatures, and with the situation not looking like improving before the weekend the prospect of a frozen pitch appears to be unavoidable.

A statement on the Kent club’s website said: “Match officials inspected the pitch on Thursday morning where the decision was made to call the game off, with more snow predicted to fall in the next 24 hours.”

“An early call was made to inconvenience as few people as possible with the health and safety of both sets of supporters firmly in mind.”

“A rearranged date for the fixture will now be agreed by both clubs, and we will announce the new date at the earliest possible opportunity.”

Rotherham have assured their supporters that any tickets bought for Saturday’s fixture will be valid for the rearranged game, and anyone who has a ticket but cannot attend the new date will be given a full refund by the club.

Paul Warne’s side currently sit 4th in the table and have avoided defeat in each of their last nine games, winning all five league games in February. The promotion hunting Millers will no doubt be annoyed to be missing out on the chance to keep their momentum going as the season reaches the business end.

Their next fixture will now be on the 10th March at the New York Stadium against rock-bottom Rochdale.