Police have issued advice regarding fraud/robbery after an incident that took place earlier this week.

Detective Constable Janine Broughton, investigating the incident, said: “An investigation is ongoing to identify those involved in this incident but we want to remind the public never to give a stranger bank account information or personal details. Keep your information secure and private to prevent possible fraudulent access.”

The incident took place on Monday, 26th February, around 1.05pm. It is reported that a 37-year-old woman pulled over to help a supposedly broken down white car on Worksop Road.  There was a young man, an older man, and a woman who claimed to be the younger man’s wife in the car.

The younger man asked the woman for money to aid their travel to Edinburgh and offered to pay the woman back online if she could give them money there and then.

Detective Constable Broughton said:  “Feeling a certain amount of pressure and afraid to refuse, our victim was coerced into driving this younger man to the Morrison’s supermarket in Bramley, where she withdrew cash.”

The man proceeded to ask her for bank account details and stated he would pay her back, he did not and the police suspect this was an attempt to extract bank information so cash could be withdrawn later.

The car was also not broken down and was in working order, and once the young man was inside the victim’s car the older man followed them in the car. The car that was ‘broken down’ is described as being a white Peugeot. The younger man is reported to have claimed he was from Dubai. 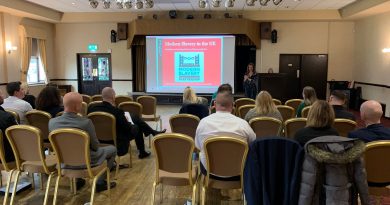 Public advised to look for warning signs of human trafficking

Rotherham Law Courts to be sold for one pound