Protest against Universal Credit cuts cancelled due to heavy snow 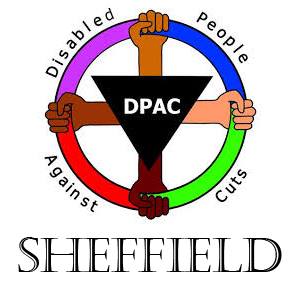 A protest against cuts in Universal Credit today was cancelled due to the heavy snow in Sheffield.

The protest, organised by Disabled People Against Cuts Sheffield, was scheduled to happen at midday today but the adverse weather conditions have forced the group to postpone the event on health and safety grounds.

The group were set to protest against the recent cuts and delays to Universal Credit as part of a national day of protest.

They said: “Obviously as we’re all either disabled, carers or both we don’t want to encourage people out in minus temperatures.

“It would be too great a risk to health and safety for us to protest in these conditions.”

The protest will be re-rearranged and a new date will be confirmed in due course.

They added: “It remains to be seen when exactly the protest will happen again, we’ll just have to wait for the weather to settle.

“We are very active online however and will be using twitter as a means for protest.

“These tweets are hammered out today from hundreds of Campaigners and DPAC groups Twitter pages all at the same time, along with photos from any protests that are happening elsewhere. Those who would have protested today will miss out on none of the action.”

The group have numerous forms of participation online, including pre-prepared letters to MPs that people can fill in and send themselves.