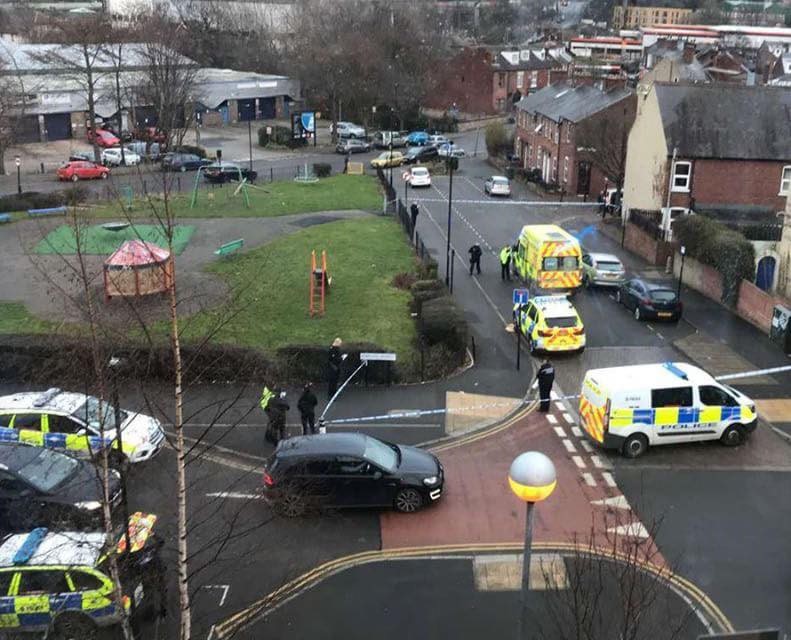 An 18-year-old man has been critically injured after being stabbed yesterday in the middle of a Sheffield road.

At around 5.15pm last night, the man, who has yet to be identified, was stabbed on Clough Road near Bramall Lane.

Witnesses reported seeing around eight police vehicles and ambulances at the scene.

The area is home to a number student accommodation blocks.

Courtney Holt, 18, a student at Sheffield Hallam University, was in her flat at the time of the incident.

She said: “The whole section of where the incident took place was taped off and we saw blood in several places on the road, which was covered, I assume for forensics. There were plenty of people walking and driving by, and usually it’s so quiet. It was awful, honestly we couldn’t believe it. ”

Kirsty Brown, 22, a business and marketing student lives on the corner where the incident took place.

She said: “It’s really not nice knowing that something like that has happened right on my doorstep. It just makes me feel like I’m going to have to be a lot more careful and weary being around this area.”

Naomi Bland, 22, a learning disability nursing student said: “Its unsafe for people who don’t know the city very well and are still learning how to get around. It’s just scary not knowing what you’re going home to. I wouldn’t want to walk anywhere by myself now.”

This incident follows a sharp rise in the volume of stabbings reported in the city.

There were 1,176 offences involving knife crime reported between April 2016 and March 2017, compared to 807 the year before.

Anyone with any information about the incident should call south Yorkshire police on 101.