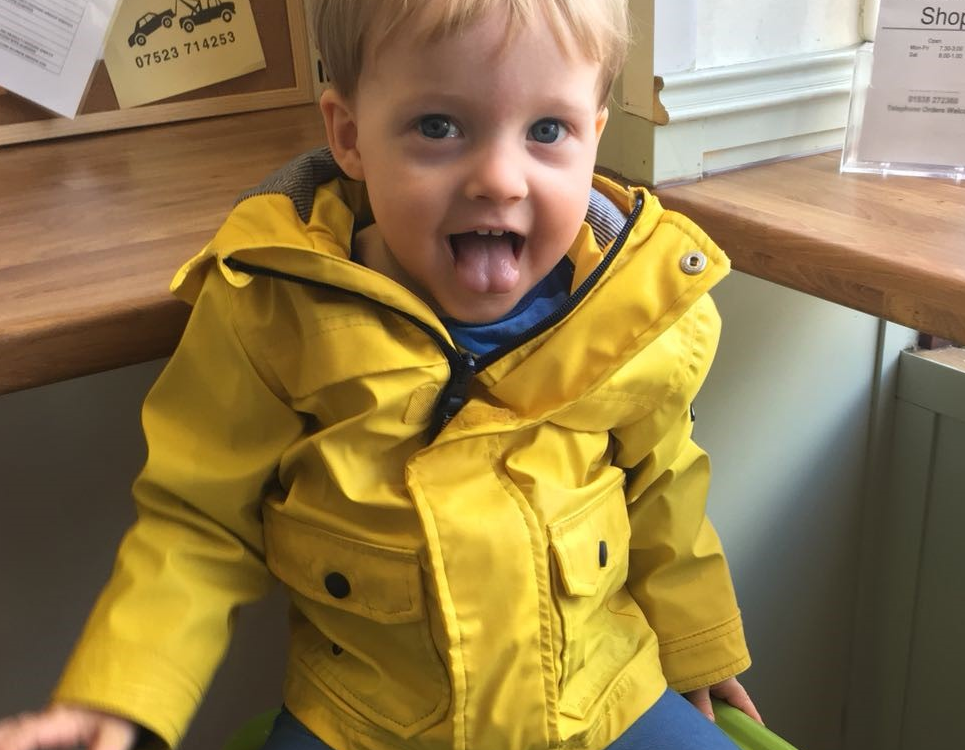 A local football club is planning a game to raise money for a sick children’s trust in Sheffield, after it supported their chairman’s son.

Set up in August last year, the Bradford-based ‘Supporting Charities Football Club’ raises £400 to £500 per game, nearly every Sunday of the month, for a variety of charities.

The chairman of the club, Chris Moralee, had his son spending time at the Sheffield Children’s Hospital after getting an infection in his neck in 2016, leading him to go through an important operation. The family stayed at the Magnolia House Sick Children’s Trust for two weeks during Ezra’s stay, which motivated Mr Moralee and his sports team to raise funds for this charity.

David Taylor, 29, player and team manager, said: “The charity behind this are amazing and provided fantastic support to Chris and Deborah Moralee throughout their son’s stay.”

Deborah Moralee, Ezra’s mother, said she was really worried when she knew that her baby had to have a quick and serious operation.

She said: “How would it be possible to operate on such a tiny thing? We were scared and panicking. And then we were delivered even worse news, that Ezra couldn’t be treated locally.”

When the nurses from Braford hospital told her about the existing Magnolia House in Sheffield it felt like a relief. “It was a huge weight off my mind, to know that we would have a place to stay so that I could be with my son, through thick and thin while he – such a small, young baby – battled through this.”

Both parents expressed how important it was for them to stay together – close to their baby, during his time at the Sheffield hospital. They said it was the Sick Children’s Trust that made this possible for them, because they gave them a twin bedroom at Magnolia House.

Mrs. Moralee added: “Magnolia House was also a place to rebuild ourselves physically, mentally and emotionally – it gave us respite from the stressful environment on the wards.”

They felt really lucky that Ezra wasn’t left fighting his battle alone and they believe the fact they were by his side every minute of his stay helped him get stronger. This wouldn’t have been possible without the Magnolia House and their team, motivating Mr Moralee to pursue his charity sport project and planning on raising funds for them very soon.

The “Home from Home” program offered by Magnolia House is completely free of charge for any families with seriously ill children in hospital. On their side, it costs them £30 to support a family for only a one-night stay. However, like all charities, they build upon donations to keep their ten houses around the country running smoothly.

The Magnolia House manager, Ann Wyatt, said: “We are always so grateful to any individual, company or club that choose to raise money for us as every penny raised goes towards supporting more families like Chris’, keeping them together when their loved one is in hospital. Having a child seriously ill in hospital is every parent’s nightmare, so if I can do anything to ease that, I am doing something good!”

SCFC are planning to play two matches for the benefit of Magnolia House.

Mr Moralee said: “The first match we have arranged against a charity team in Sheffield, Hillsborough Club FC, is currently getting arranged to be played very soon.”

They have many different public figures playing alongside their team, such as celebrities from Emmerdale and Tiny Tim as well as the Hollyoacks star David Kennedy. They also played with Bradford’s city captain Gary Jones and many more that are yet to be announced.

The more people turn up, the more funds they can raise to help different charities such as James Bulger Memorial Trust, Sands Charity & Autism, Help Delete Cancer and many more.

After each match the players’ families and spectators get to share a bite to eat at The Malt Shovel in Harden, which provides free food for everyone.

They have about 14 games lined up throughout the county until the end of August.

“We want to be part of something”, said Chris. They definitely are.