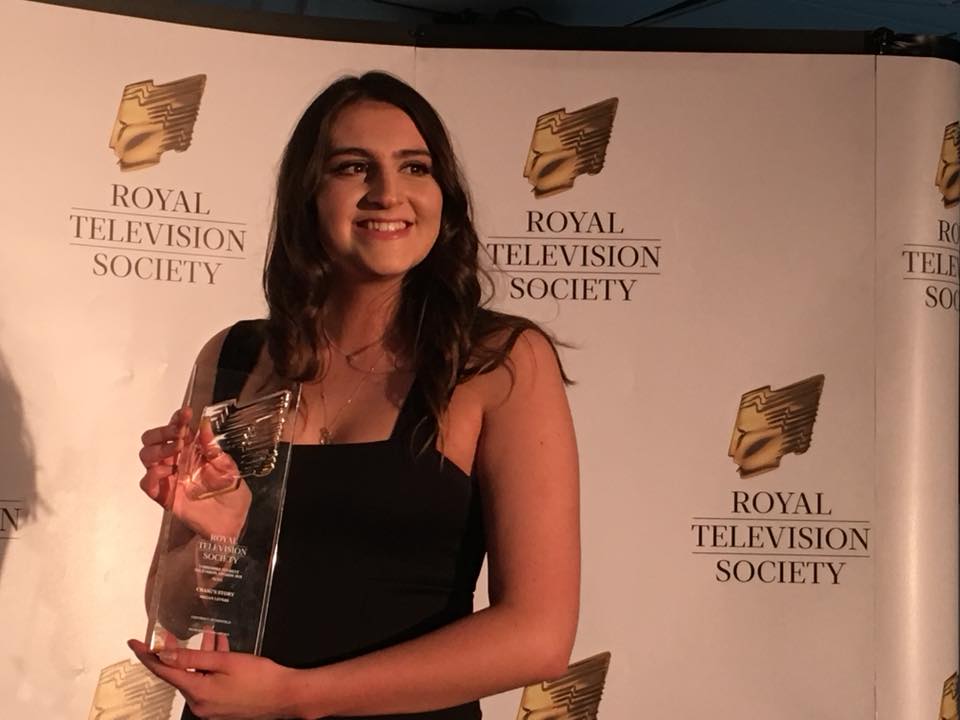 A former journalism student from the University of Sheffield won an award from the Royal Television Society last night.

Miss Levers said about her win: “When I found out that it was me I was just really, really shocked because I don’t believe in myself very much, so it was really humbling and wonderful to win and I actually got a little bit teary – but I am known for getting a little bit emotional so that’s fine.”

The film tells the story of Craig Bowler, a man who lost both his legs and one arm after a suicide attempt in 2007, but is now living a happy and fulfilling life.

Mr Bowler was electrocuted after climbing a pylon and miraculously survived after being found on the side of the road by his neighbour.

He was taken to hospital where he was put into a coma for three weeks and his legs and right arm were amputated.

After waking from his coma, Craig began learning to walk with prosthetic legs and soon after met his wife Abby, who was working in the hospital at the time.

Miss Levers said: “Because the interview was such an emotional and sensitive topic it was really difficult to know how to handle that, and I’d obviously never been through anything as difficult. So it was really tricky to ask the questions that everyone wanted to know the answers to, but also handling it so that I wasn’t going to offend him or upset him.

She said: “I would always say don’t not ask the difficult questions because you feel too scared, because it’s very easy not to ask them, but just ask them in a way that is very sensitive and make sure that they know that if they want to stop at any point then they can.”

“As long as you set it up in a way that people are completely comfortable with the whole situation then I think you can’t go wrong. Just be a good person, don’t just be a journalist, don’t be someone that just wants to get a story.”

As a winner at the Yorkshire awards show, Craig’s Story will now be put forward as an entry at the national RTS Student Awards taking place later this year.