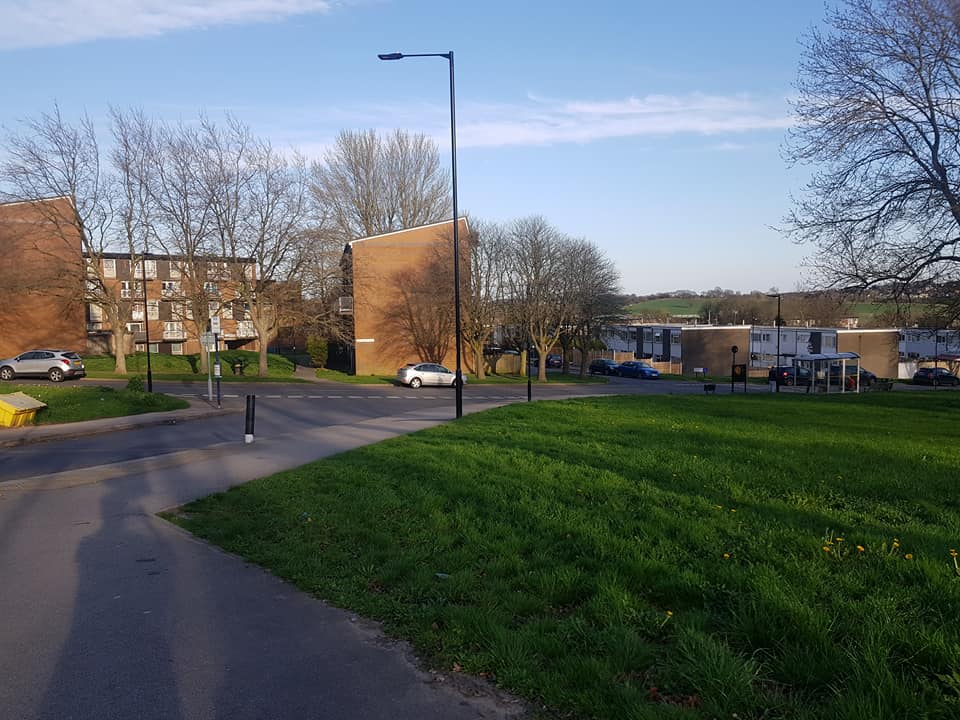 A terrified neighbourhood have resorted to arming themselves with walkie talkies fearing more attacks after this week’s stabbings.

A 30-year-old man is in a critical condition after being chased by two men and stabbed in his chest, back and stomach in Batemoor on Tuesday.

Residents said today that they are scared of other attacks, and some of the neighbours have bought walkie talkies in an effort to police the area themselves.

One man, who didn’t want to be named, said: “If we wait for the police it’s often too late.”

The victim ran from Batemoor Place onto Batemoor Close through an alleyway at around 12.35pm, and fell near the doorstep of a resident.

The woman, who has been hailed as a hero by neighbours, held the victim in her arms and used her body to cover his wounds, in a bid  to stop him bleeding out.

Her friend, who witnessed the aftermath of the attack, said: “The family has been sending flowers to her and all sorts. That woman did her best to save that man’s life and she deserves an honouree medal.”

He also said: “I got a phone call and I couldn’t get there quick enough. My friend was attending first aid on this gentleman who had been chased down on the estate. He was stabbed up quite bad.”

Another resident l said: “This is the first time there’s been a knife crime in Batemoor but it’s been building up for two or three months. We’ve had a lot of police in the past three to four weeks, but you’ve got to be on a bike to catch them, and the police are not on bikes.”

Detectives are appealing for anyone who may have been in the area and witnessed the incident to please come forward.

Investigating, Detective Sergeant Jamie Henderson said: “We are in the very early stages of this investigation, however we do believe this was a targeted attack and we are already following up various lines of enquiry.

“At this stage it’s thought two men described as black and wearing dark coloured clothing, chased the victim down the street before attacking him and fleeing the scene.

“There will be a high visibility police presence in the area throughout the evening and the coming days to offer reassurance to the local community. I would also ask anyone who may have been travelling through the area and has a dash cam in their car, or perhaps believes they may have witnessed any suspicious behaviour around the time of the attack, to also please get in contact with us. The smallest piece of information could prove vital to the investigation.”