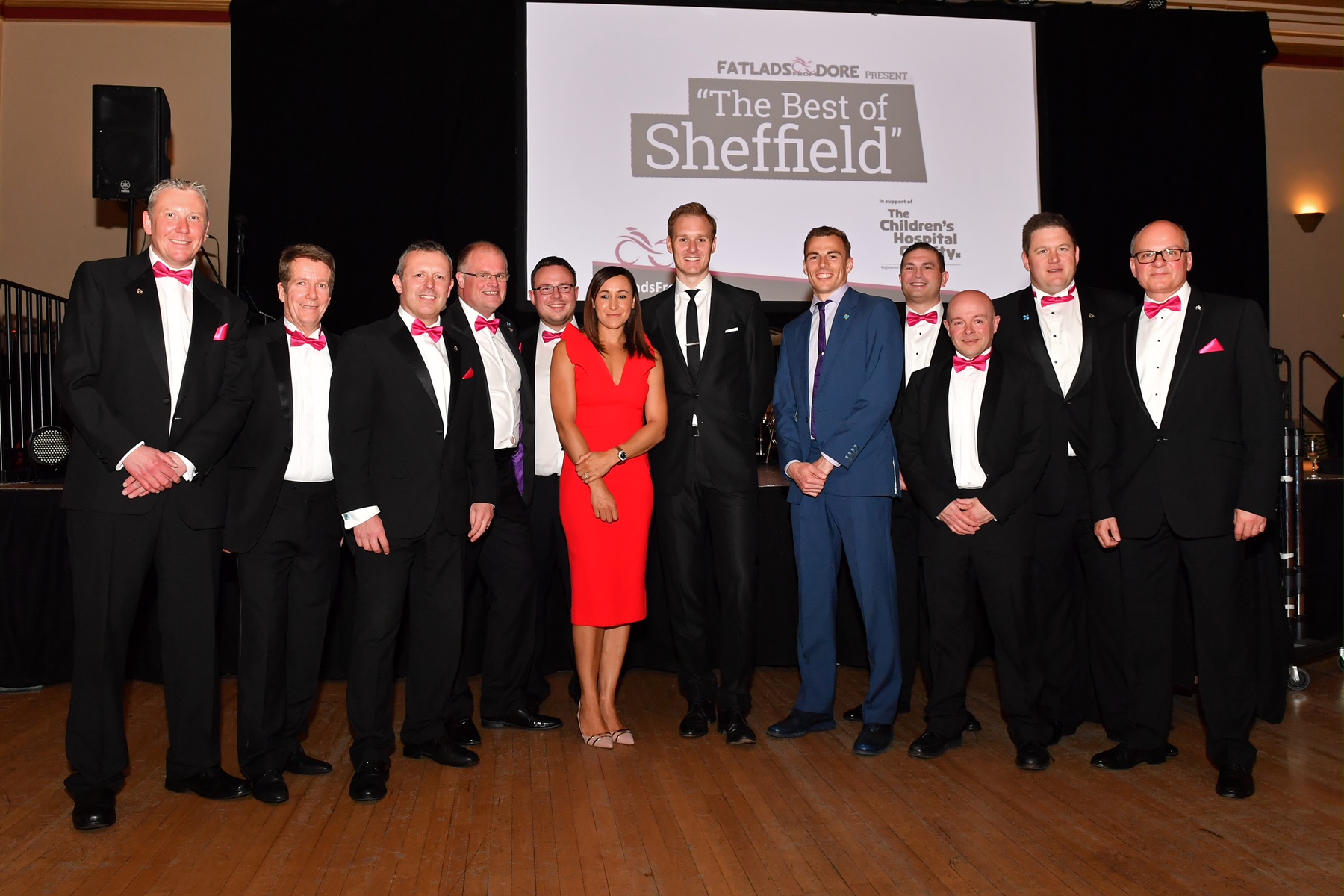 Nine middle-aged blokes from Sheffield, known as the ‘Fat Lads from Dore’ raised £38,000 for Sheffield Children’s Hospital last night at a charity ball with Dan Walker and Jessica Ennis-Hill.

The group of friends are trying to raise £75,000 ahead of their 360-mile cycle from Paris to Geneva in August. Starting from the Eiffel Tower, they’ll travel through France and over the Juras Mountains into Switzerland, and within four days they plan to reach Geneva.

James Hope-Gill, 48, is one of the founding members. He explained how the idea came up in the pub one day. He said: “The dads were there going ‘well why don’t we cycle and get a little bit fitter and raise some money for the Children’s Hospital Charity’. Because we’re all fat, slobby blokes we decided to call ourselves the Fat Lads from Dore.”

He added: “The Children’s Hospital is such an institution in the city, and it not only affects families and children in Sheffield and South Yorkshire and the North of England, but nationally as well. I grew up in Sheffield and I’ve been there loads of times as a kid. Our kids have been there as well, so it’s something that tugs on my heart strings.”

Last night they hosted their first fundraising event for the trip, ‘A Charity Spring Ball’ at the Ballroom in Sheffield City Hall. Tickets were £100 and included a four-course meal, a charity auction and a Q&A with BBC Breakfast host Dan Walker, Olympic champion Jess Ennis-Hill and squash World Champion Nick Matthew.

The auction consisted of a number of items, including a pair of Jess’ signed spikes, a signed glove from Anthony Joshua and a ‘BBC Breakfast Experience with poached eggs’ courtesy of Dan Walker.

David Vernon-Edwards, Director at Sheffield Children’s Hospital, said: “They are brilliant and inspiring. As they say they are nine ordinary guys but they are doing an extraordinary thing by working so hard to raise money for Sheffield Children’s Hospital. I hope that they will inspire many other people to get together as friends and do the same.” 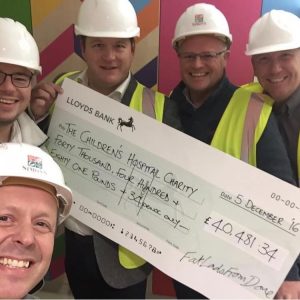 The lads started as five in 2015 when they raised £40,000 to cycle from London to Paris. Along with Mr Hope-Gill, the group was made up of Craig Smith, Dean Dove, Matt Currie and Pete Everitt.  The money from that fundraiser went towards the FLFDore suite in the Children’s Hospital, which is now open.

Since then the fat lads have grown, with Andrew Miller, Simon Broughton, Guy Craig and Farley Grist the new additions.

You can donate to the Fat Lads cause here – https://www.justgiving.com/fundraising/Fat-Lads-from-Dore