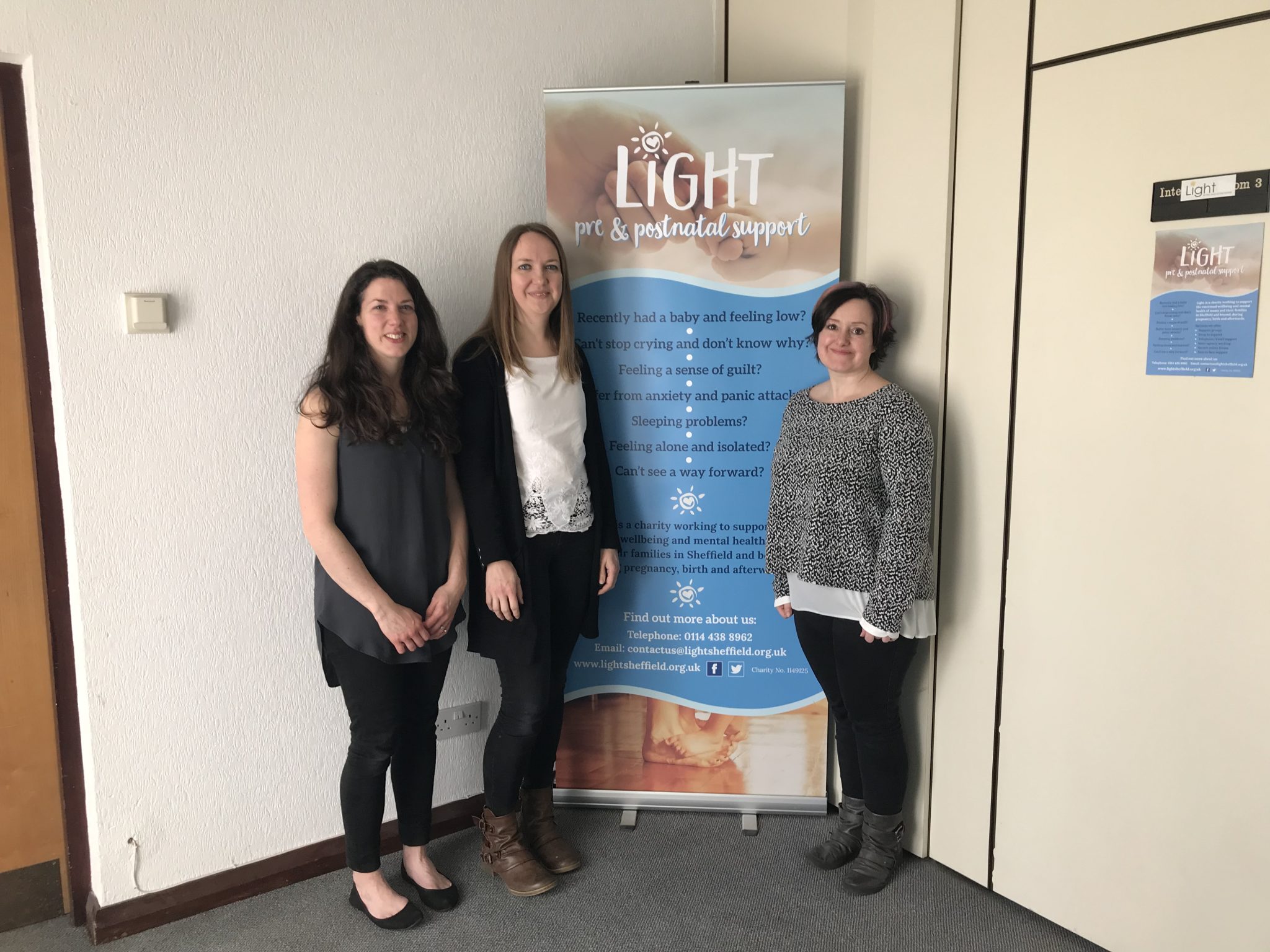 A Sheffield man and his family smashed their £1,000 fundraising target and raised a colossal £2627 for Light Sheffield after overcoming personal difficulties during the pregnancy of their first child.

Neil Schofield, 47, from Rotherham had used the charity when his wife Sarah was suffering with postnatal depression, she is now a peer group support worker at the charity.

Mr Schofield said: “Running the London Marathon for Light means an awful lot to me because not only are there one in 10 women who experience postnatal depression, there are one in 25 men as well. The support the charity offers is for the full family so it’s incredible to raise funds and help the charity provide the support the families need.”

In terms of fundraising, Mr Schofield and his wife organised a coffee morning at their home, a charity auction and a musical comedy night at Hagglers Corner on Queens Road with Scott Doonican.

The money raised will go towards various things the charity hasn’t previously had the funds for, and their aim is to launch an online forum and offer an 8 week course for new mums to take part in mindfulness sessions.

The charity’s manager, Jo McGarrigle, 36, said when she opened up applications for the marathon that she wanted someone who had a connection with the charity and had used their services.

She described Neil as “amazing, dedicated and passionate about what he is doing”. Another reason she chose Neil was because he was already a keen runner and therefore capable of completing the marathon.

The charity itself is located at Knowle House on Norfolk Park Road, Sheffield and was founded in 2010 by three mums from Sheffield who experienced postnatal depression themselves.

They believed there was a gap in the services for people who have milder symptoms and haven’t necessarily been given a diagnosis, it offers support for families during pregnancy, birth and up to two years afterwards.

Mrs McGarrigle said: “Some mums said they didn’t feel they could approach us because they didn’t have a label as such, but we’re here for any mum who’s feeling low, anxious and has any kind of stress or concern”.

Neil will be running the marathon this Sunday, April 22nd, here is the link if you would like to donate.

Light Sheffield can be contacted on contactus@lightsheffield.org.uk or 0114 438 8962.